The Collared Wolf: Symbol of the West 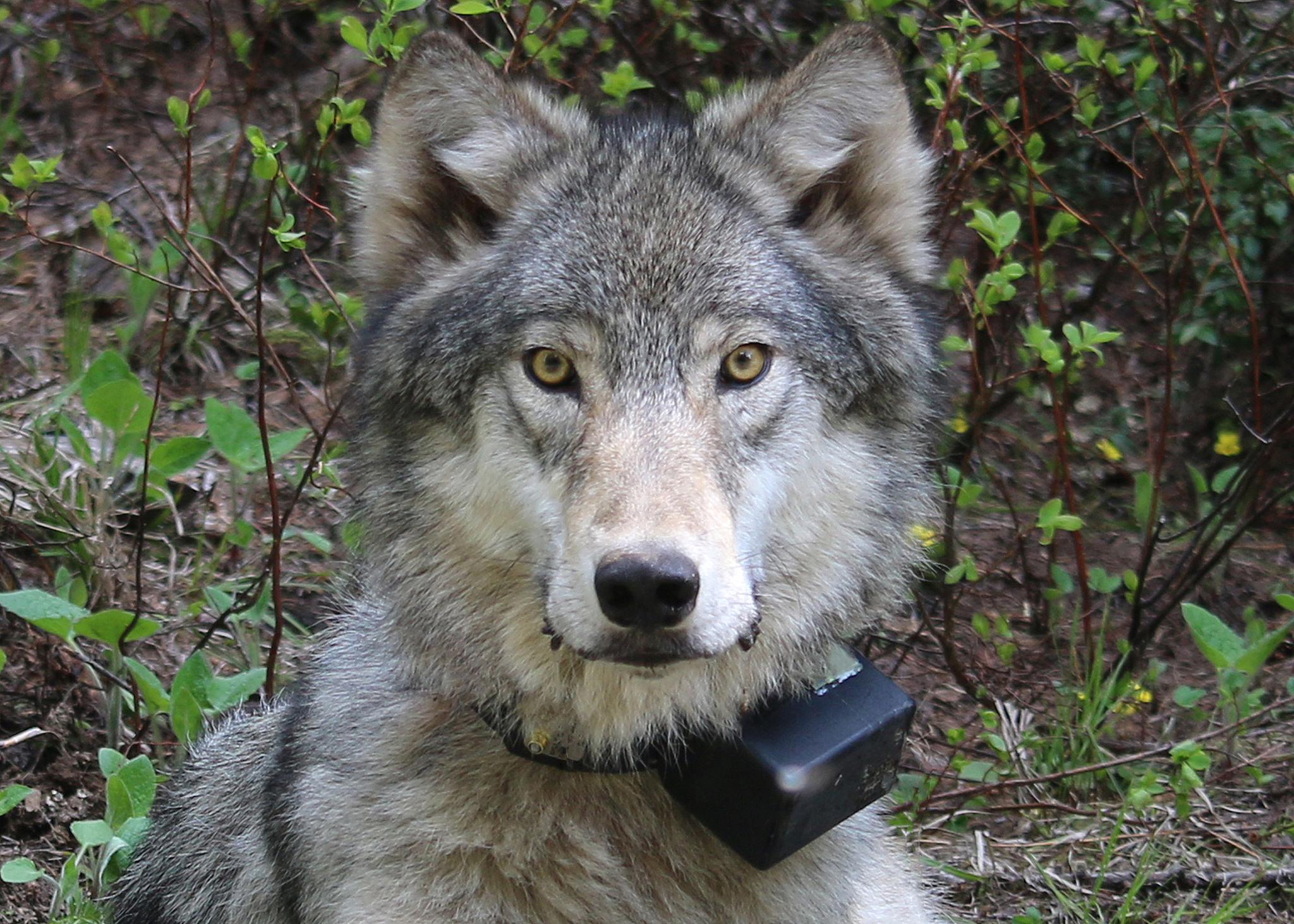 Last week, we learned that one of the wolves in the newly established White River wolf pack died late last year.

It was only last August that trailcam pictures revealed the White River wolf pups. These wolves attracted a great deal of public attention because, while a number of wolves had passed through Oregon’s north Cascades in recent years, these were the first to set down roots and start a family. To our knowledge, the Mount Hood region had no resident wolves since the species was hunted, trapped, and poisoned into extinction in Oregon last century. 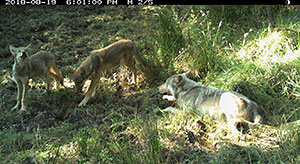 Following the public unveiling of the photos last year, one of the White River wolves was captured and fitted with a radio collar that September.  Shortly afterward, it was found dead off Highway 26. The Oregonian reported this week:

A necropsy revealed no gunshot wounds nor poison, but the 1.5 year old male had an injury to its front paw, which could have occurred when the animal was captured and fitted with a radio collar for tracking, and it was quite skinny, Materna [A U.S. Fish and Wildlife spokesperson] said.

The Oregon Department of Fish and Wildlife (ODFW) and US Fish and Wildlife Service (USFWS) generally capture wolves for collaring using baited leghold traps.  They are then sedated, examined, and fitted with a tracking collar. We don’t have enough information to know whether a leghold trap contributed to the White River wolf’s death, though the USFWS appears to be conceding that might be the case.

While collared wolves can provide important information to wildlife managers and help provide tools for conflict deterrence with livestock operations, they can also be deadly. OR-8, a gray female of the Imnaha pack was collared on February 25, 2011 in Wallowa County. She weighed in at 74 pounds and, like the White River wolf, was estimated to be about one-and-a-half years old.

Sadly, her new collar emitted a mortality signal just days later on March 1, only five miles away from her release site. Lab work on OR-8's body revealed a hemorrhage in her chest cavity which was likely related to her capture, i.e. capture myopathy. A danger in handling wild animals, capture myopathy results in damage to the animal's muscle tissue, brought about by the exertion, struggle, and understandable stress a wild animal may feel upon capture.

Fish and game officials in British Columbia are infamous for their use of “Judas wolves” - collaring a single wolf and then following the animal back to den sites where the entire pack, pups and all, are killed.  Usually conducted in the name of inflating deer and elk numbers, the killings are made all the more egregious because the “judas wolf” is usually the last animal that is shot after all other members of its pack are dead. 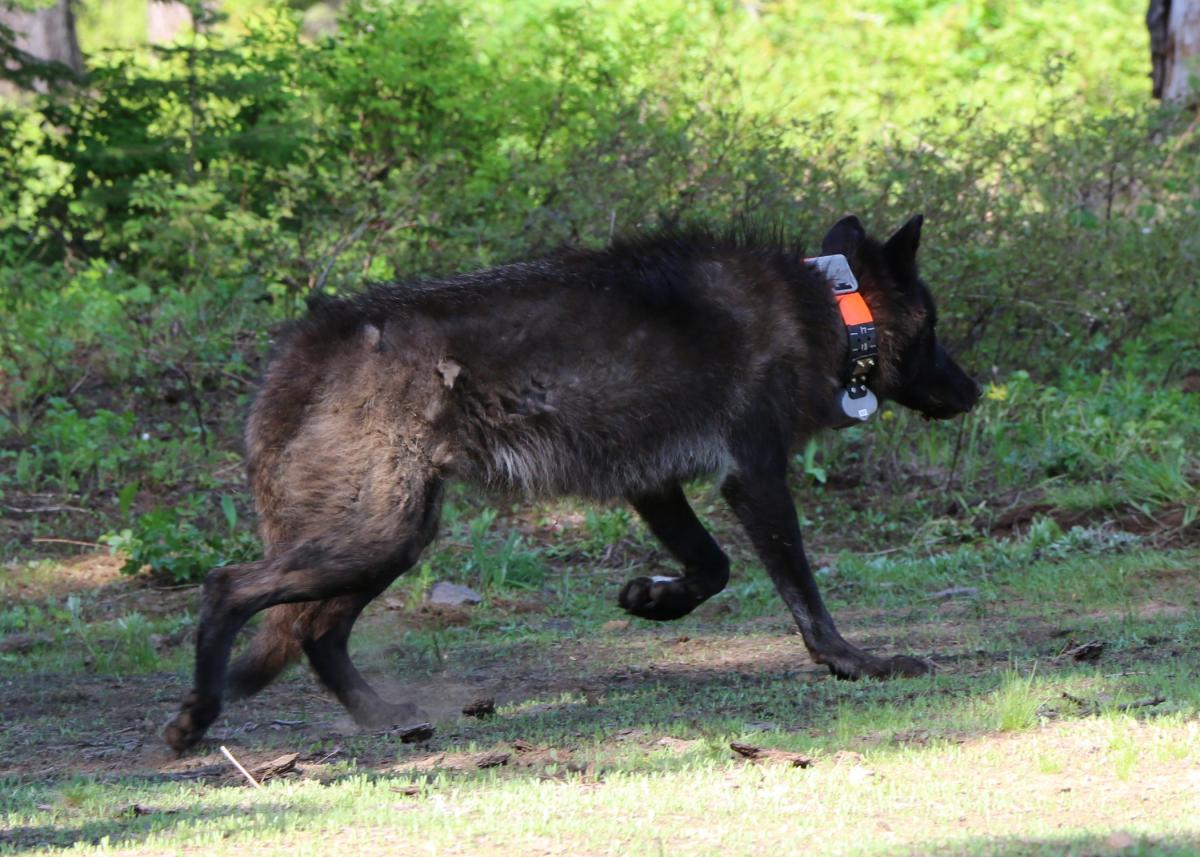 Collars and telemetry equipment used to kill wolves in Oregon have a checkered history. In the early days of Oregon’s wolf program, much of the funding, including collaring, came from restricted federal grants that didn’t allow the money to be used for “lethal control”. On at least one occasion, officials for the Oregon Department of Fish and Wildlife (ODFW) used this money to kill wolves anyway, then retroactively revised financial statements to cover up the misspent funds.

Additionally, state tax funding provided to county wolf committees to reimburse livestock operators for the cost of non-lethal conflict deterrence and loss is restricted from being used to kill wolves. Unfortunately, investigative reporting by Oregon Public Broadcasting has documented this program as flawed and lacking accountability. Last year, Wallowa County’s committee voted for not having any restrictions on use of the receivers to hunt and kill wolves, despite the fact that funding is drawn from a grant specifically dedicated to non-lethal tools. This also appears to violate OAR 603-019-0015 (f)

As wolves return to Oregon’s landscapes, there have certainly been some benefits to having wolves collared. OR-7, or Journey, would not have caught the world’s attention had it not been for the radio collar that tracked his historic trip from northeastern Oregon to California, then back to Crater Lake. Likewise, we would understand far less about how wolves disperse, interact with other packs, and are slowly repopulating the Oregon landscape. 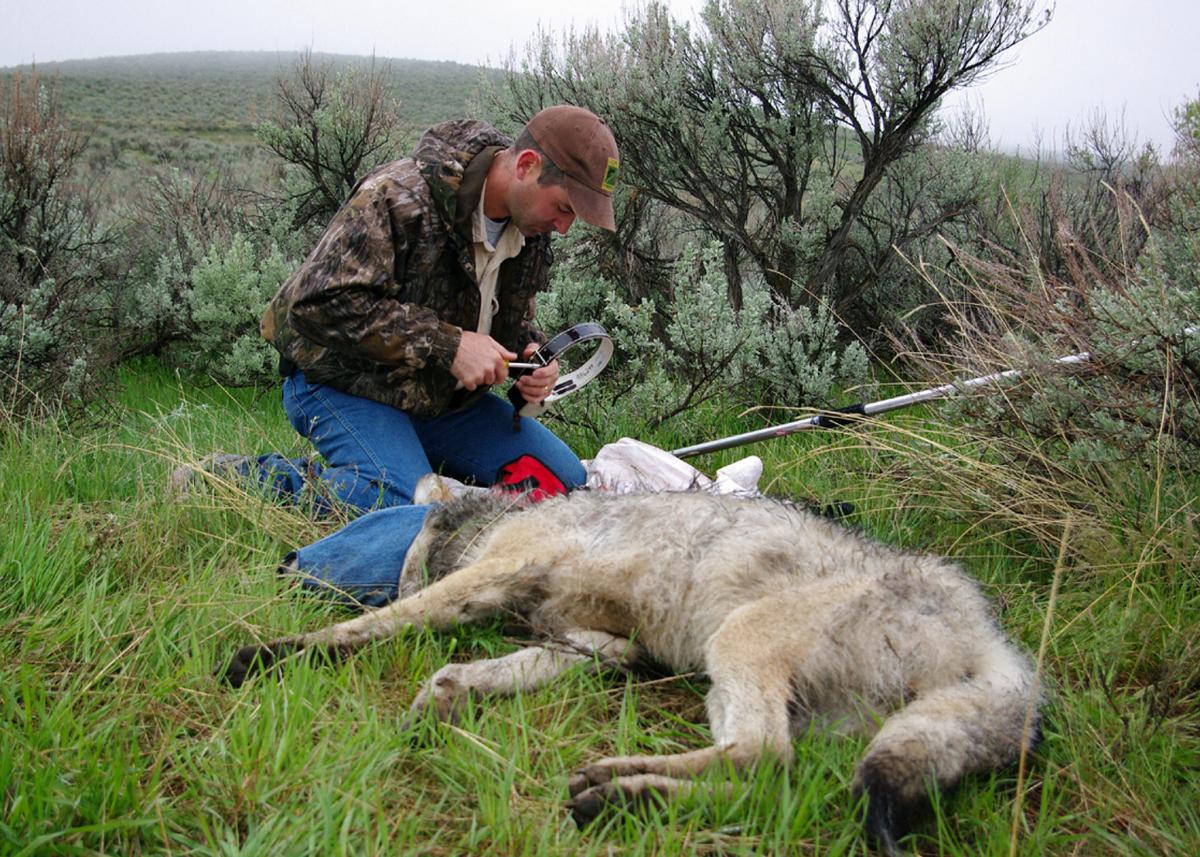 But there is a trade-off for this technology. Where there is an incentive to collar wolves, there is a chance that the wolf can die in the process, or that the collar will be used to kill the wolf and its pack. On Facebook and other social media sites, some anti-wolf activists in Oregon have even revealed attempts to find the frequency these collars operate on to track and illegally poach wolves.

ODFW leadership has proposed new revisions to Oregon’s wolf management plan that include more funding for wolf capture and collaring.  ODFW has not proposed any increase in the wolf conservation program, and instead seeks to weaken non-lethal conflict deterrence requirements for livestock operations. In this equation, there is a net loss for wolves.

The West is often thought of in contradictory ways. There is the romantic vision of open sagebrush, forests, and canyons--places where rugged individuals live off the land. And at odds with that is another vision, one of an arid landscape crisscrossed with roads and fences, covered in stumps and cow shit. A collared wolf is perhaps the ultimate incorporation of this imagery of the West, symbolizing both a fascination with nature and fear of it; an attempt by some to understand the wild,  and others to bring it forcefully to heel.

Wild Webcast: Gear Up! With Next Adventure and BIPOC Camp Kits
Oct 28, 2020