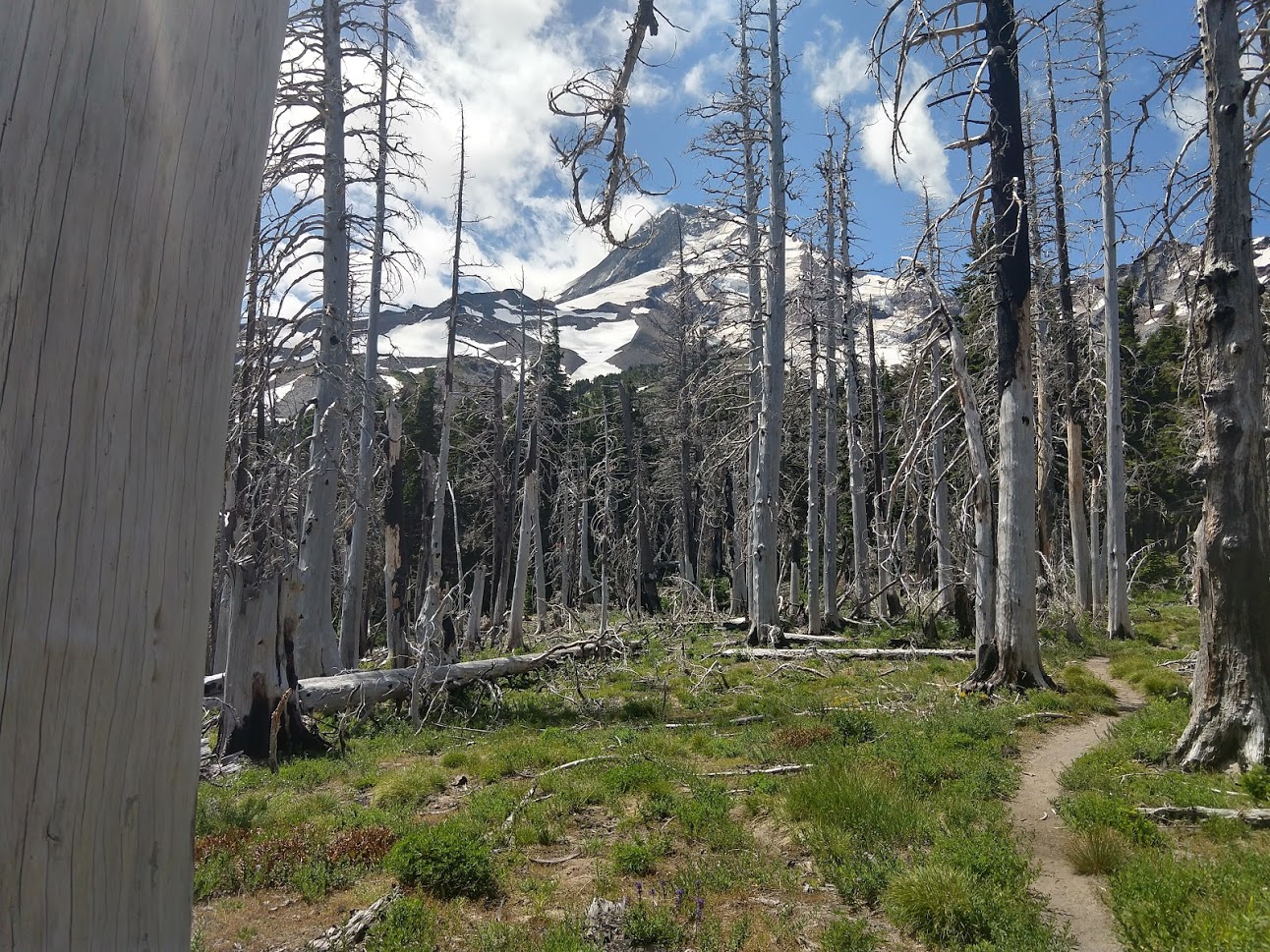 When a wildfire burns a forest it emits CO2. The chemical formula for combustion of cellulose proves it. However, the carbon emissions from fire are less worrisome than you might think.

Wildfire has some effects that parallel the effects of logging but there are many differences. Logging and wildfire both kill trees, which stops photosynthesis and initiates decay. However, logging removes the tree trunks which are the largest storehouses of carbon in the forest, accelerating the transfer of carbon from the forest to the atmosphere. Wildfire, on the other hand, burns the small needles and branches, but leaves the big tree trunks behind where they continue to store carbon for many decades as the surrounding forest grows and recovers. As Oregon State University’s Dr. Olga Krankina likes to say, “dead trees do not go to heaven.”

It is also important to understand that fire is part of the natural cycle of carbon in the forest. When wildfire burns one patch of forest (and emits some carbon), many other patches of forest are left to grow and thrive (and remove carbon from the atmosphere). In a natural forest ecosystem, the carbon captured in the patches of growing forest more than makes up for the carbon emitted in the burned patches. This is precisely why the moist old-growth forests of the Pacific Northwest are one of the most significant global storehouses of carbon. There is simply more forest growth than forest death. And this remained true until the timber industry showed up, began liquidating our old-growth, and our forests switched from being a net carbon sink to a net carbon source. 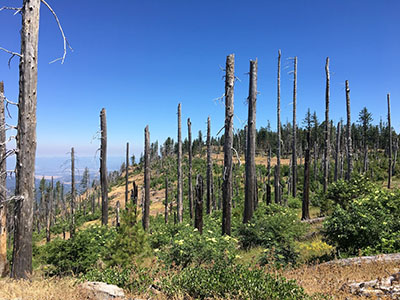 In fact, in the century preceding 1990, old-growth forest clearcutting in the Northwest resulted in carbon emissions from land-use that were 100 times greater than the global average! The lesson is that carbon uptake from forest growth can keep up with carbon emissions from wildfire, but forest growth cannot keep up with the combined carbon removal by wildfire plus high rates of logging. Keep in mind that wildfire is a natural process, and largely unavoidable, while logging public lands is a policy choice.

Thankfully, the spotted owl injunctions of the 1990s and the eventual adoption of the Northwest Forest Plan slowed logging to a point that forest growth and carbon uptake now does keep up with forest death and carbon emissions from fire and logging. Consequently, our forests switched again, from carbon source to carbon sink. This is great news, but it raises a couple of important issues.

First, we must constantly battle to limit logging so it does not sacrifice the gains from forest growth. There is tremendous political pressure and institutional inertia, from the timber industry, the Forest Service and Bureau of Land Management, county government, and some in Congress, constantly pushing for more logging.

Second, while our public forests currently do provide net carbon benefits, those benefits are less than they could be because of unnecessary and destructive logging. We can do better. And since Oregon’s forests have such potential for greater carbon storage, we have a moral duty to keep advocating to “let our forests grow.”