"The 'Future of Conservation' is Already Here": A Discussion with filmmaker Faith Briggs 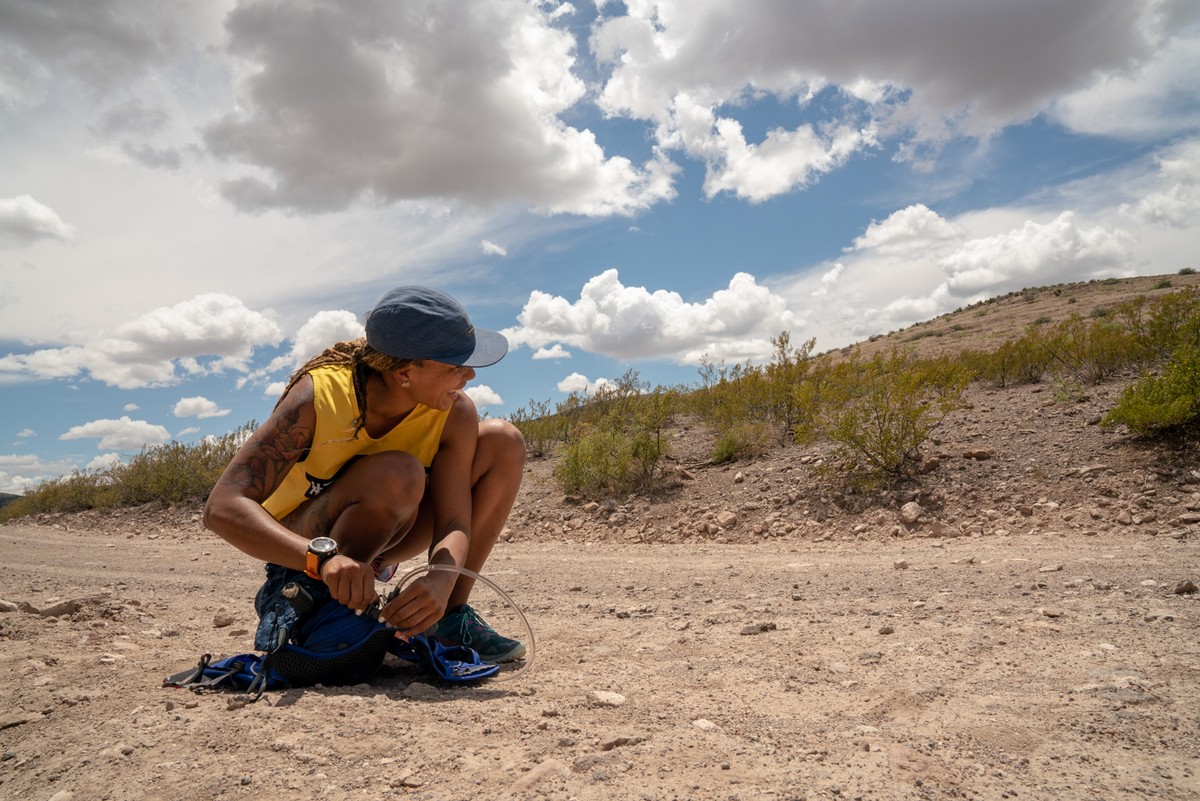 Joyous, thoughtful, and driven. Those are a few words that come to mind when I think of documentary filmmaker Faith E. Briggs.

I had the pleasure of meeting Faith on a whirlwind trip to Washington DC in 2018. Faith was working for Soul River at the time, and our two organizations had teamed up in 2017 on a trip that brought youth and veterans flyfishing and camping in Oregon’s Ochoco Mountains. The final step of Soul River’s Ochoco deployment was a trip to DC to advocate for the Ochocos and how they could be better protected.

One night at the kitchen table, Faith started telling me about her plans for what would become THIS LAND. This was not long after the Trump administration started shrinking National Monuments, and Faith was planning to run, converse, and film her way across several of them.

Now, a few years later, THIS LAND, a short documentary directed by Whit Hassett and Chelsea Jolly, is finished - and it’s incredible. I had the great privilege of interviewing Faith recently after her film was released online. I hope you’ll read this interview and then check out the film screening & panel discussion she hosted with us on Earth Day. 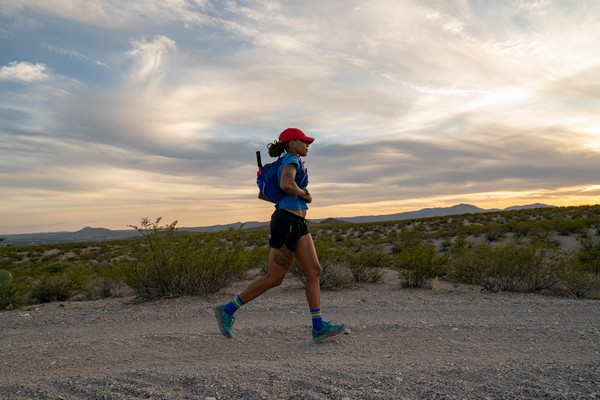 Tell me a little about how this project came to be. What’s the origin story?

In October of 2017, my friend and training partner Addie and I had heard about the Trump administration's plans to shrink National Monuments, and Interior Secretary Zinke’s visits to a few of them. We didn’t know what that meant, but noticed that a lot of people were getting worried about what was going to happen with the new administration’s attacks on public lands. Around that time, Addie got the opportunity to run Comb Ridge in Bears Ears National Monument.

A lot of runners were curious about what they could do to raise awareness around National Monuments. It sort of seemed like they were just headlines - but it was something real. Addie came back from her run in Bears Ears with the message: “this is actually way more complicated than I originally thought”. This is where I got involved - I like complicated, nuanced conversations - I like to get into the mess a little bit.

In the intro to the film, you say that you used to think that conservation was a privileged thing, and that we have to think about people first.  Now you use that word as one of many to identify yourself. What does that word mean to you?

I think for me, calling myself a “conservationist” is definitely an act of reclamation. This is sort of a funny question, because I’ve never really looked up the textbook definition of the word! What it comes down to is that what I’m doing is also about protecting the environment - one way of many ways.

I’ve found that how I show up in places can give other people a sense of freedom to do the same. I work with a lot of youth, and many of them have never seen anyone like me doing the things I do. Outside of everything, my work is always about representation - broadening the spectrum we think about when we are imagining a certain type of person or a movement. For youth, people of color, and others who historically weren’t invited to be part of the conservation movement, being able to see other options of what a conservationist looks like is so important. Calling myself a conservationist is my attempt at getting at that - creating the opportunity that allows others to join in.

The future of the conservation movement is here. People are already doing incredible work to protect frontline communities and habitat corridors, and those people are not calling themselves conservationists. So as conservationists, it should be our desire to get more people to want to put on that mantle and be a part of this. They’re doing it regardless, they are not waiting to be invited to stand up for what they believe in.

Sometimes this gets misconstrued as “pushing people out of the tent”, or taking power away from people who have done this work for decades. That creates fear of being replaced or displaced, but that’s not the point - it’s about sharing power and leadership. There’s no need to push people away; we need everyone. 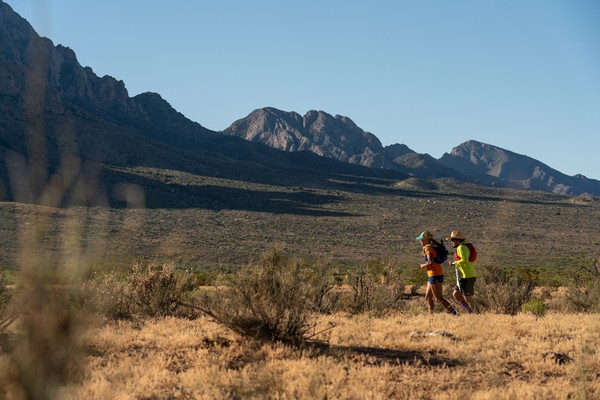 In THIS LAND, you say: “The ability to be a public land owner and to live in a place where we’ve made a decision that certain lands are for everyone, whether you live really close to them, or whether they’re across the country, that they’re there for you. For me it’s really special, I think it means that we belong to this place and we are its caretakers.” Can you talk more about that?

For me, coming from New York, coming from a community that doesn’t really talk about conservation, a community for whom “public lands” is not a buzzword, I wanted to share that. To share just the idea that public lands is a thing, and that everyone - even communities that aren’t looking out over the mountains every day - has a say. For me, that was a very new idea that I was exposed to during the past 3 years of living in Oregon. So I knew that if it was new to me, it would be new to lots of voting, passionate adults who if invited to have a say, would weigh in.

I appreciate that during this time - a pandemic - that people are posting that “nature is still open”. That includes an implicit invitation that certain areas are for everyone, but when you come from communities that were historically not allowed, it’s not that simple. Even in Oregon, people are living in houses with deeds that said “no black and chinese”. You can still drive around places and see where there used to be sundown town fences. We know after the end of slavery and even the civil rights movement, the welcome wasn’t just automatic. There is still a lot of work to do to allow people to feel free to move.

You reference the “balancing act” that all of us face when considering how to spread our efforts between movements that need our time. How can we focus on public lands issues when social and environmental justice issues are so prevalent? Can you describe what it felt like to add public lands to “the list” of things that you speak up for?

I think what’s interesting is that I understand that conservation is a people issue. I think it’s a sign that conservation needs a major rebrand - the fact that anyone can believe that issues of the environment are not a “people issue” means we have not done the messaging right. A major moment for me was someone recommending the book Black Faces, White Spaces by Dr. Carolyn Finney - that book was mind-blowing, it really changed things for me. One of the things that Dr. Finney does is create a timeline where she puts the social justice movement alongside the environmental movement. You really see what was happening in our country at the same time. For me, it created more understanding and more compassion for folks that didn’t see social justice as being at “the top of their list”. In many ways, everyone was fighting a battle that they felt like that was a fight for survival - both conservationists and social justice activists.

As a person of color it was never a question that having equal rights to drink at a water fountain, or attend church, is a more important thing than what I would flippantly call “saving a grove of trees”. That’s how it was outlined to me growing up. Relearning that as an adult - it’s really different! It’s saving a grove of trees, that creates a park for a community and gives folks a place to recreate, a place to gather, a place to have access to clean air and clean water. We know the healing powers of the outdoors, we know that the outdoors are really important to mental health. So when you’re talking about urban communities, it’s actually that much more essential for communities that have been historically disconnected from land through violence and disenfranchisement to have access to these places. 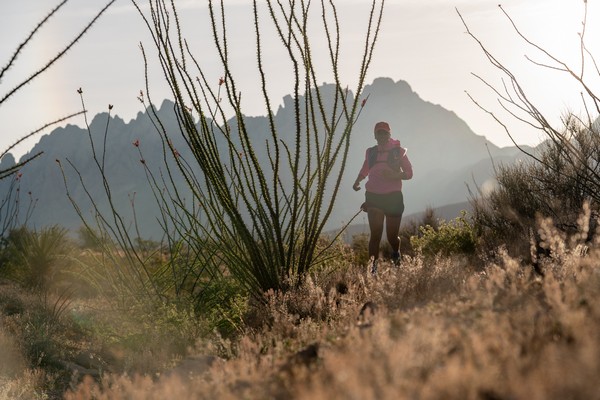 I hope that it makes people realize that implicit invitations to be out on public lands are not explicit invitations. Sometimes you do have to be a little clunky. We’re all afraid of doing it wrong - therefore we’re not doing it sometimes. These conversations are clunky, but essential. It takes growing pains. Try your best, don’t get shut down after one misstep - it’s like hiking! If you trip once and head back to the trailhead like “I’m never doing this again”, imagine everything you’d be missing. We know better than that. We know how to do hard things! We can take that same kind of metaphor and try this too.

I want people to know that there is a place for them in the outdoors, and there’s a place for them in conversations that are happening where decisions are being made about the health and well-being of communities and places. I want people who are in those rooms already to look around and see who’s not there, and do some work to bring those people in. It’s crazy that we can talk about biodiversity of species all the time, and then be in these homogeneous rooms and look around the room and not think that bringing more people in would bring a healthier conversation and a stronger coalition.

I know you have developed a website with some resources, and are starting a newsletter too. Tell me about follow-up opportunities - what can people do after watching the film?

The full film is available on our website - it’s 10 minutes. Go to our website and sign up for the newsletter! The website is constantly evolving, and lists resources, screenings, and other events. Our website is divided into Play, Learn, and Take Action. Reach out to us, we want to be in conversation with people.