Guest Blog: Thoughts on the killing of George Floyd 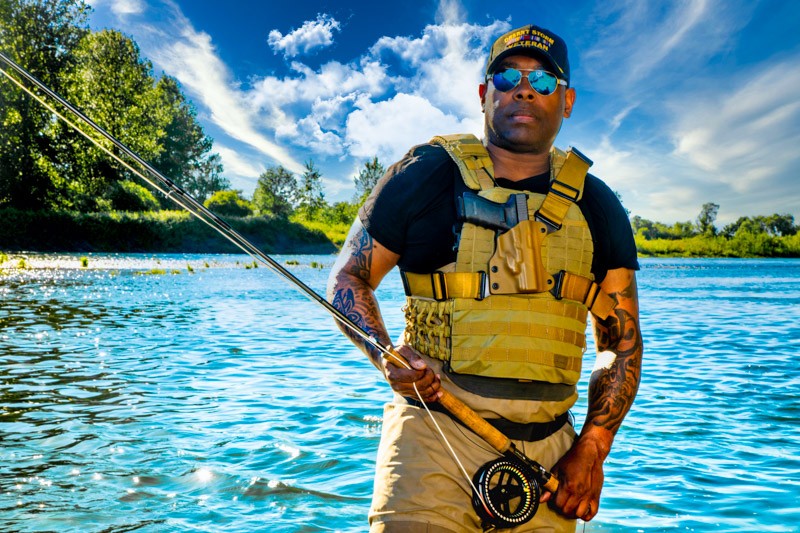 A note to readers: This essay was initially published by Chad here. We republished it on our blog with Chad's permission. Join us on Wednesday, June 17 at 6pm PST for a discussion titled: "Systemic Racism in Outdoor and Urban Spaces. How Do We Move Forward?". Chad will be joined by 3 other panelists.

Hold up! Just wait before you judge. So just take a breath and breathe because you can!

What has recently happened has torn me up. It is really sad to see many people on social media expressing the underlining problem in our country that births the frustration towards looting, riots, and physical damage of property. Don’t get me wrong, I don’t support it but when there is a riot, there is no rule book that tells how to riot. “A riot is nothing but the voice of the unheard” (Dr. Martin Luther King). The death of George Floyd is a horrific loss and has symbolically became the tipping point. It has revealed the systemic racism that is present in our day to day lives, in our schools, offices, court system, police departments, and elsewhere. It offered a snapshot of the tension between white and non-white people in the United States. This is complex, especially if we take a step back and see what is really happening within the unheard voices of America.

Indigenous women going missing and getting murdered on their land; Indigenous tribes fighting for their land and losing; Hispanics facing their challenges trying to maintain their identity and make a living with low paid jobs; African Americans asking for equality and justice while seeing black boys and girls getting shot by merciless cops... The killing of George Floyd is the tipping point for all diverse groups melting together as one.

The reality of being black in America is being born with a target on you. Every time you step outside, you are a visible target. You can’t separate from this target, and it becomes you wherever you go. You’re judged, spat on, you are called nigger time after time, you walk into a store or office and are falsely accused of a crime. You get pulled over just for being in the “wrong” neighborhood and you get harassed by cops. Once when I was pulled over, the cop asked me if I was a United States citizen even though my driver ’s license clearly states that I’m a United States veteran. My car tires had been slashed while fly fishing and my break lines been ripped out of my truck while I was fly fishing on veterans day. On social media I was publicly accused of taking fly fishing from white people and was told “ This is our sport not yours! And you need to ask permission to fish my river”!. I also have received phone call threats when I was told I will be drowned the next time I try to fly fish.

Systematic racism is everywhere, even in the outdoor industry! White folks love the outdoors and nature is free for them to enjoy, but nature is not free for me the same way as it is for white people. I still have to earn my freedom in nature and have to find access without having to feel uncomfortable in wild spaces. I wish I could feel completely carefree when I’m outdoors. I wish I could just enjoy nature and find healing instead of worrying about my safety especially when I’m outdoors alone.

When I served my country, I had to live my life wearing a flak jacket and had to keep my weapon close to my body at all times. I learned to sleep with one eye open and always with readiness. Every veteran knows this war mentality and how we had to function under stressful situations and protect ourselves from the enemy. The biggest strand we have as veterans as we also come from many backgrounds is the strand of community, tribe, respect and honor as we wore that uniform and served our country. Later in my life, like many other veterans out there, I had to fight many challenges and also had to deal with generational racial fear especially exploring the outdoors to find my healing on public lands. The death of George Floyd makes my fear even more real that I am one degree away of what George had to face. George was publicly lynched: the worst fear of any black person. It could happen to any black boy, man, girl, or woman! Lynching is historical and has been embedded into black lives. It makes me enraged, sad and heartbroken. I could be George Floyd. Any black male could be George Floyd. There have been so many blacks who died already by police to this day!

I never thought I would feel I have to don my flack jacket and holster my weapon to go to a beautiful place that nature has provided for everyone, for every soul, young, old, black, brown and white on public land that is for everyone. I fought for freedom alongside others who have given their lives but sadly, as a black man I can only enjoy this place by donning my flak jacket and carry my weapon to protect myself. I have to protect myself to go fly fishing on a river that promotes freedom, joy, solitude and healing. But this is where we are today! Finding access, acceptance, and safety is just as frustrating in nature as in urban spaces. Even though there are many non-white experts of the outdoors, they often aren’t identified by the media and are overlooked by outdoor companies and conservation groups. People of color are rarely invited to be part of these organizations other than perhaps being invited to a panel discussion or being mentioned in a blog posts. These gestures to include brown and black folks too often just serve the purpose of checking off the box of political correctness. Indigenous communities and all people of color need to be heard and listened to when it comes to outdoor recreation, policy making, and nature conservancy. We should not be told what sports are suitable for us, how we are supposed to function or what we are supposed to wear or eat when we are outdoors. 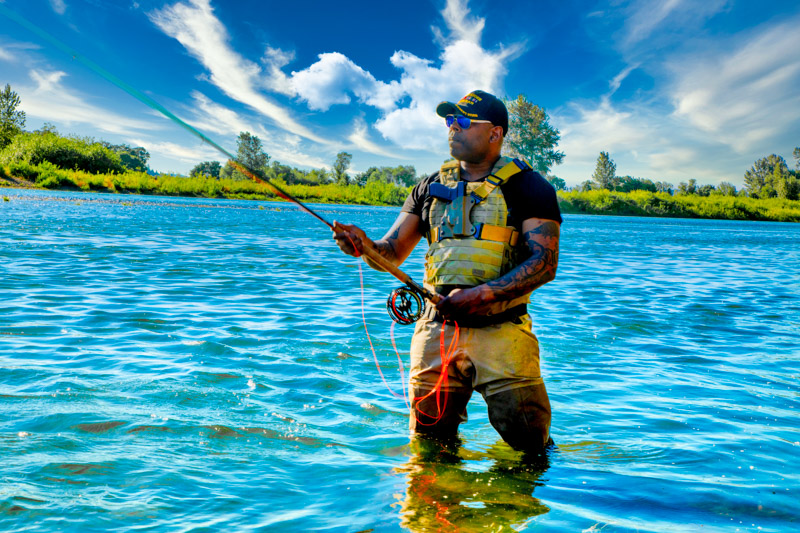 George Floyd’s death is a tipping point and provided us an opportunity to step back and really look at why all of this is happening. It is an opportunity to actually create alliances and new friends and learn from one another to build better and safer communities in both the urban world and the outdoor world. This is an opportunity to dismantle racism and lean into creating communities with strength that will and always support our youth for tomorrow!!! Our youth are witnessing an old relic in this world right now and racism is being taught to them. Racism is the toxic killer of our one human race! It has been injected into our society hundreds of years ago and it has never left us. When will we stop this generational toxicity of poison? When? We are all humans, but we will be “ALL” when we “ALL” have accepted “ALL races” as Humans. Right now we do not! Blacks are separated. Black lives matter to make a complete Human race! Right now Blacks are getting shot and there is no justice! White folks have a choice to not participate. White privilege provides a choice to not fight for what is right. But white people also have the choice to lean into their privilege and build a bridge into a stronger community to make all human race as one.

Our nation is crippled!! Our leaders are not leading the nation but dividing the nation in micro cell groups of hate and evil! Voices of diverse races and genders are not being heard. We are facing darkness together and the one light we have is our love. Where is our love for one another? It is easy to point the finger and charge by the emotion of hate! But loving takes a deeper power of strength and maturity! The established system needs to be dismantled and rebuilt to fit for today! Yesterday does not work! We need equality! We need to be heard! We need to be heard! We need a leader who hears the voices of pain!

Chad Brown is decorated U.S. Navy veteran who received multiple honors after serving in Desert Storm Gulf War and Operation Restore Hope, Somalia and still struggles today with PTSD. Chad is an accomplished documentary style portrait photographer, creative director, adventurer, conservationist, and founder/president of the non-profit organization Soul River, which focuses on bringing veterans, as mentors, and inner city youth together on the wild rivers of nature—seeking to inspire young participants to grow and become ambassadors of our natural environment.

Join us on Wednesday, June 17th at 6pm PST for "Systemic Racism in Outdoor and Urban Spaces. How Do We Move Forward?". Chad will be joined by James Mills of The Joy Trip Project, Sharon Ross of Afrovivalist, and Richard Thornton of Patagonia