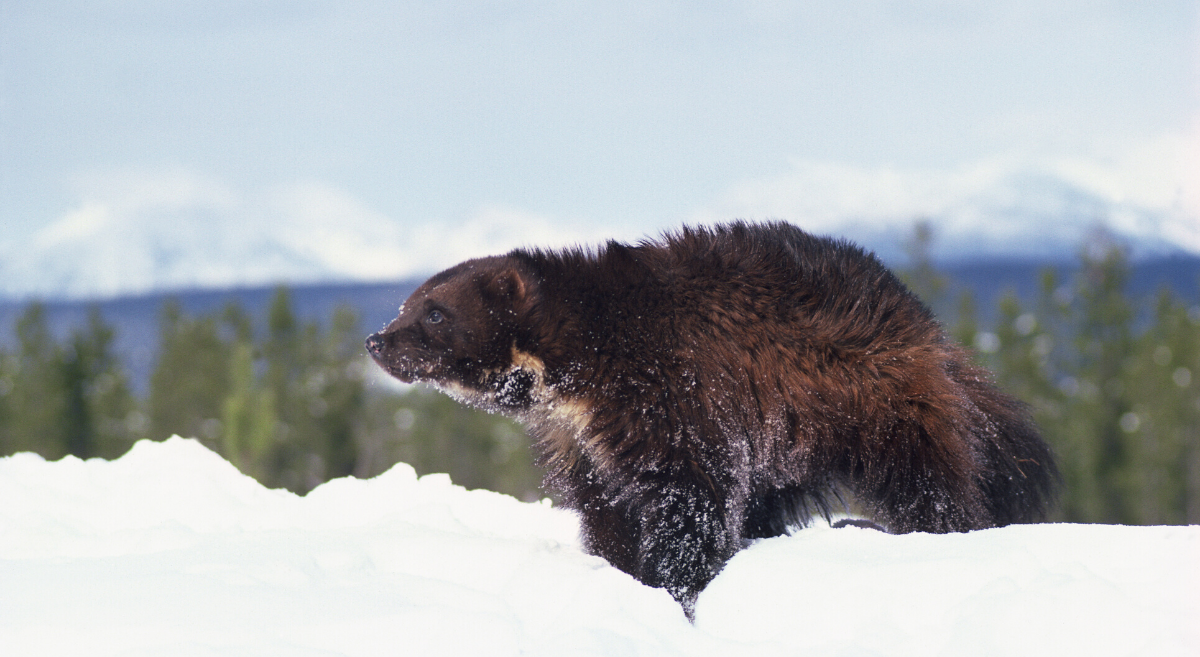 We hope you can join us on June 23rd for Nowheres Wolf: A Stop Motion Film about Oregon’s most famous wolf, OR-7 (Journey). In addition to taking a deeper dive into the fascinating world of stop-motion animation, you’ll hear from the filmmaker and a panelist of community leaders who will talk about the role of art in activism. You won’t want to miss it, so reserve your spot today!

In our last wolf pack newsletter, we gave a recap of the 2019 annual wolf report. If by chance you missed it, here’s the summary. One piece of information that seemed to stick out more than the rest was the fact that state wildlife officials were unable to get visual confirmation of OR-7’s whereabouts -- leading them to speculate that the older aged wolf likely died. Not surprisingly, several news outlets locked onto that, ultimately making it the focal point of the annual report. Given Journey’s far reaching impact on wolves and other wildlife, Oregon Wild staff decided to honor his legacy through the eyes and ears of others. That eulogy can be found here.

“Journey's story was an inspiration - he was the wolf who never gave up and finally found what he was looking for against all odds. It's been said that OR7 was an ambassador for all wolves. I've believed this to be true as I've seen the student's love for Journey translate into their caring for wolves.

Beavers are our ecosystem’s engineers, and in addition to being Oregon’s state animal, they also provide numerous ecological benefits such as slowing storm water flow, recharging groundwater, restoring wetlands, and more! Given the major challenges we face due to climate change, if allowed, beavers have the potential to combat some of the biggest obstacles like drought, floods, and loss of habitat. That was the impetus for several scientists and local watershed experts to come together and ask the Fish and Wildlife Commission to ban recreational and commercial beaver trapping on all federal public land in Oregon. Despite hearing hours of testimony last week, the Fish and Wildlife Commission ultimately decided to not make a final decision on this request, and instead, “look into it further”. It remains to be seen where it will go from here, but if Oregon is serious about mitigating the impacts of climate change, we strongly recommend that beavers (and the production of dams and ponds) be included as an important part of the solution.

Speaking of species that can help mitigate climate change, a new study just came out that weighs the economic costs and benefits of reintroducing sea otters to the Pacific Northwest. Their findings reveal that while some fisheries and related industries may see a loss, the overall value of increased tourism, finfish fisheries, and carbon sequestration will far exceed those losses. This new research will be helpful as the state contemplates sea otter reintroduction to our nearshore environment in the coming years. For more information about sea otter recovery in Oregon, check out our recent webcast featuring The Elakha Alliance.

Earlier this month was #BlackBirdersWeek in honor and celebration of the many black scientists and birders across the country. In this story, OPB takes a deeper look at the discrimination and racism facing black, indigenous, and people of color in conservation.

A rare and elusive wolverine was spotted along Washington’s coast. This is so uncommon that even the state’s wildlife officials didn’t believe it!

In other wildlife news, The Trump Administration plans to expand hunting and fishing in many National Wildlife Refuges, including several in Oregon. Without a strategic plan, it’s unclear what the impact of this expansion will have on habitat and the species that rely on it.

Not surprisingly, ‘events’ look a bit different in the age of coronavirus and stay at home orders. As such, Oregon Wild has been conducting weekly webinars on a variety of topics, featuring special guest presenters. These topics have ranged from OR-7’s legacy to the volcanoes of the Cascades, all the way to racism and discrimination in outdoor and urban spaces. If you want to watch one you happened to miss, no worries, we’ve got you covered! Similarly, if you’re curious about any upcoming webcasts, please be sure to check out our website (and register).

Many wildlife species depend on large, old trees for habitat and shelter. Unfortunately, The US Forest Service and their allies in the timber industry are pushing to log more of Eastern Oregon’s old growth trees. For more information about these proposals, why they're problematic and what you can do to help, please check out our blog.