Making up the Mosaic: Western Redcedar 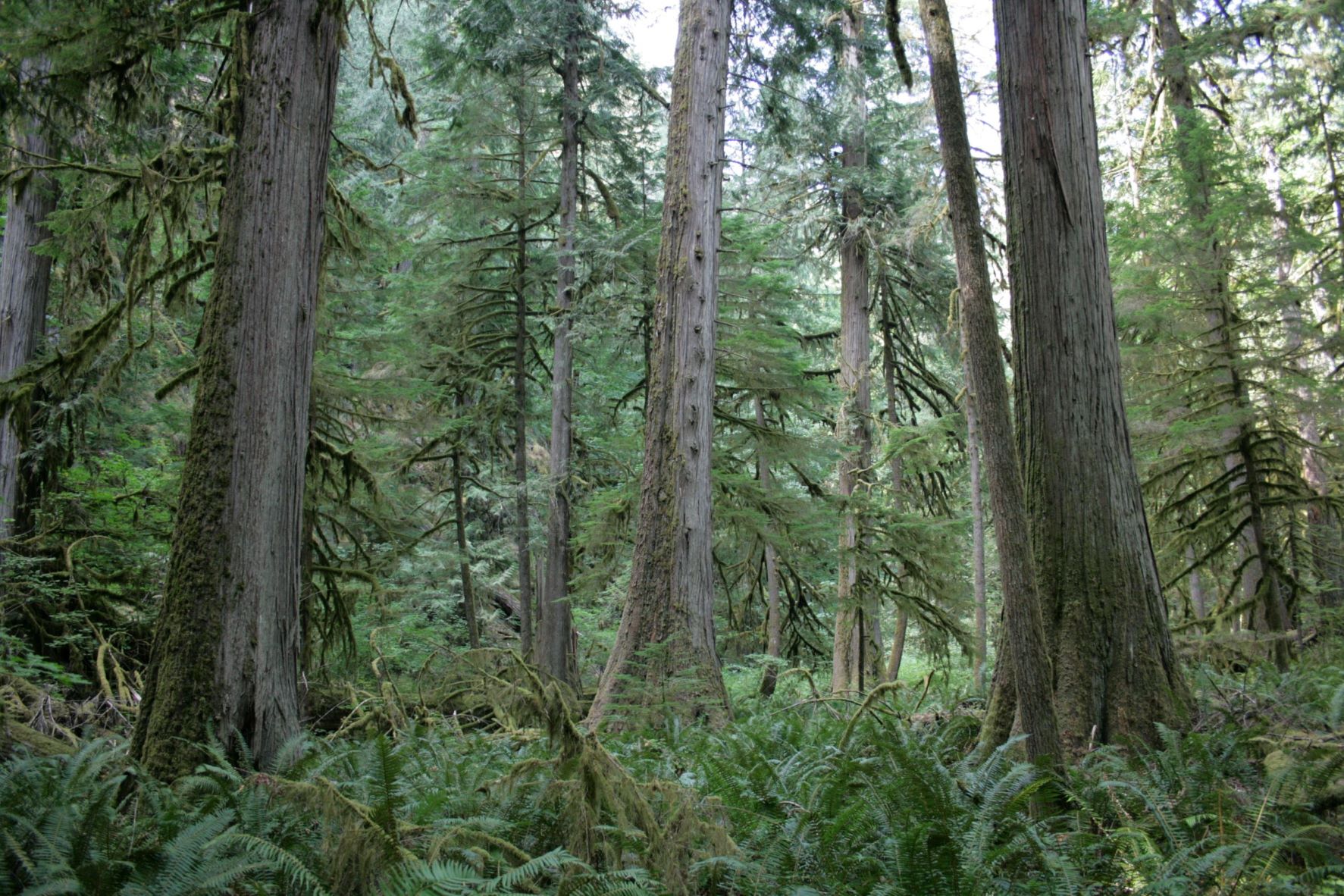 Taking a walk through Pacific Northwest forests is a journey through time. One can look up at the trees towering above and be reminded of their uses by all sorts of people going back as far as 30,000 years. Western white pines, ponderosas, pacific yews and junipers are just some of the trees that make up the forest mosaic. Within that pattern, the western redcedar, Thuja plicata, can reach up to 200 feet tall and up to 6 meters in circumference. Despite its name, the redcedar is not actually from the genus Cedrus, which contains such species as the Cedar of Lebanon, but rather a member of the Thuja genus, named by Aristotle's student Theophrastus for its fragrant and resinous wood (Oregon Encyclopedia).

The western redcedar is no stranger to Oregon. It can be found growing from the Manzanita beaches to Crater Lake and makes up lush mountainsides. Because of the tree’s expansiveness and tolerance to various conditions it has come to be known as a culturally significant species. The western redcedar plays a role in Native American mythology where it is one of the most important ceremonial plants. It has been used as an incense and a healing herb that is associated with prayer, dreams, and protection against disease. Many Salish tribes regard the western redcedar as a symbol of generosity and providence. Salish people would follow the rules of an honorable harvest (described eloquently in Braiding Sweetgrass by Robin Kimmerer) as they engaged in a ritual felling. One felling technique involved burning the base of the tree by putting hot rocks in a chiseled out cavity and using an adze to remove the embers (Northwest Indian).

Once the tree was felled, various tribes would use the wood to build ceremonial headdresses, canoes, coffins, totem poles, houses, and sweat lodges. The bark was used to make clothing and mats as well as baskets. Since the leaves are aromatic and possess healing properties, native people would use the foliage to help with colds, sores, cuts, and nausea. Even today, the tree’s leaves are often used to repel insects and as a perfume, and the tree's wood is used in home construction for shingles and siding to prevent decay and exposure to the elements. 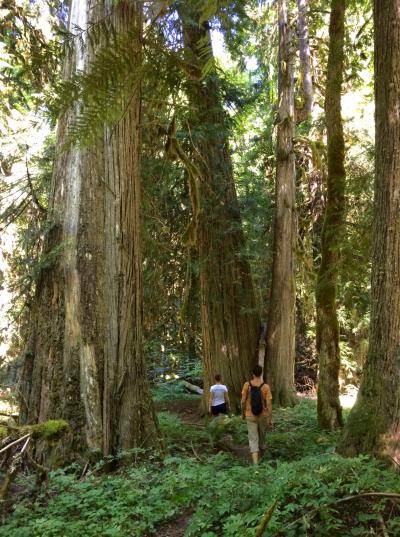 Because of its use throughout history, many of the building materials, oils, and boats we have today are sourced from the ancient western redcedar. It is deeply ingrained in our everyday uses and without its towering presence our lives would be altered. However, these blessings are also a curse. The western redcedar is a victim of a century of aggressive logging in Oregon, and its population is slowly diminishing as old growth forests continue to be logged, and forestry practices focus on planting single-specie plantations instead of diverse forests. In many places saplings struggle to survive due, among other factors, to persistent drought in Oregon. As a result, western redcedars are smaller and weaker (Oregon Encyclopedia). These young trees are less resistant to decay and insects that burrow and chew on their bark. It is conceivable that the western redcedar could go the way of the American Chestnut, which once graced the entire continent but is now virtually extinct.

Next time you walk through the woods, be on the lookout for a tall tree whose crown reaches the ground, and whose foliage forms flat leaves that are scale-like and sprawl out into the canopy. You’ll know that you’ve found one by its light-brown, fibrous bark and slender, yellow-ish green cones. Close your eyes and take in a deep breath to smell the aromatic foliage that some say is like pineapple when the needles are crushed in the palm of one’s hand. Take a moment to think about your house or your boat and what wood makes up the floor you walk on. Think back to native practices and how their uses for the western redcedar have impacted your life. Zoom out from the western redcedar and notice the diverse canopy above you and the winding, twisting root system below. As you drive past the western redcedar in the coastal forests, remember the role that it plays in your life and the role you play in its precarious existence.

Stewart, Hillary. “Along the Northern Pacific Ocean Lives a Race of People That Have Known the Land for Centuries," Northwest Indian.