Oregon Clearcuts Endanger Salmon Even More Than You Think 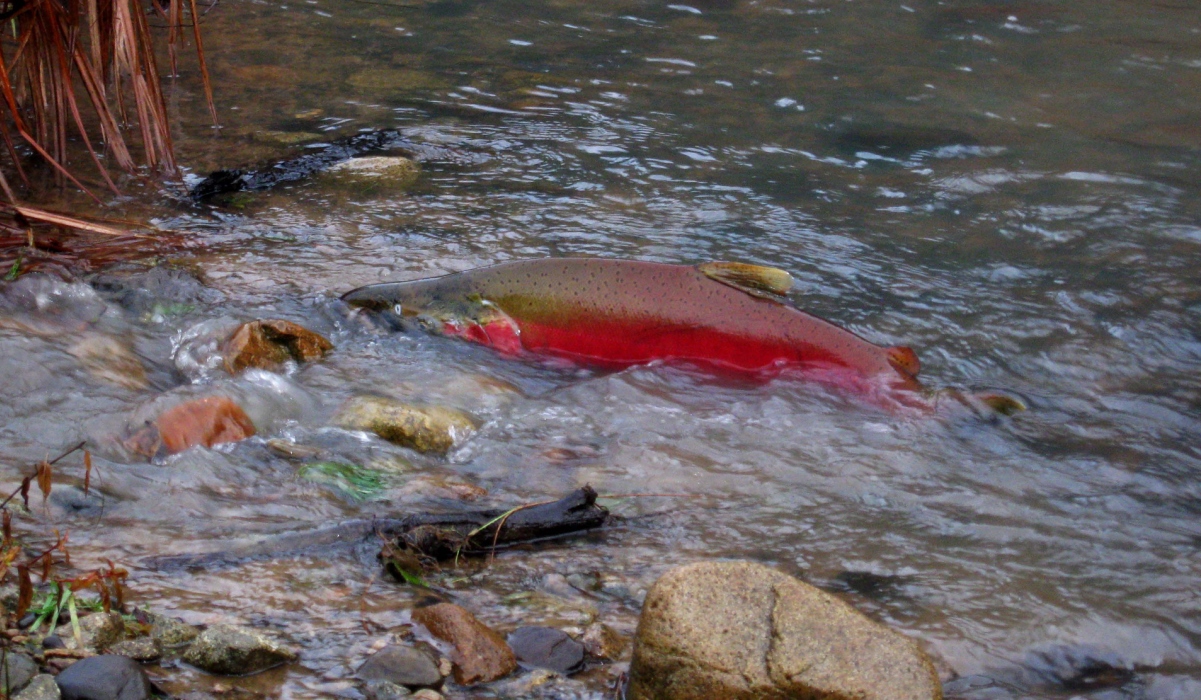 The impacts of industrial forestry, especially clearcuts, on salmon are well known. Clearcutting the upper reaches of watersheds heats the cold water salmon need to survive, as do Oregon’s scientifically insufficient buffers along larger waterways. Roads and denuded slopes also cause artificial peak stream flows in the decade after clearcutting that can scour out fish eggs, and increase sediment runoff into waterways, filling them with mud and debris that cloud clean water and make it harder for salmon to feed. And of course, pesticides dumped across the landscape by helicopter, a hallmark of Oregon’s notoriously outdated logging rules, are regularly applied over intermittent streams or drift into nearby waterways.

With increasing frequency, salmon are facing another pair of challenges in Oregon: drought and disease. From Oregon Public Broadcasting:

After two months of low rainfall, hundreds of adult fish on multiple coastal streams are dying from an unusual outbreak of a naturally occurring parasite before they get a chance to spawn.

According to the Oregon Department of Fish and Wildlife, extended low-water conditions have led to groups of salmon waiting to swim upstream in conditions that are conducive to the cryptobia parasite. The parasite doesn’t pose a risk to humans and only affects certain species of fish.

In response to reports from the public of dead pre-spawned fall chinook salmon in the Wilson River near Tillamook, the agency surveyed the stream and discovered at least 200 dead fish. 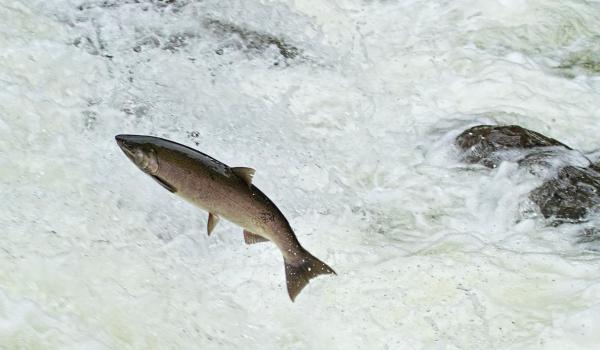 Unfortunately, Oregon’s weak logging rules may be partially to blame here as well.

A recent study by Oregon State University scientists Timothy Perry and Julia Jones explored how the conversion of old-growth forests to industrial tree farms has a major impact on streamflows. As opposed to older forests, which act as a moderating sponge that slowly filter and distribute water from rain and mist into waterways, young tree farms soak everything up as they quickly grow back from clearcutting.

The results can be stark: the average streamflow coming from watersheds dominated by young monoculture tree farms was found to be as startling as 50% lower than streamflows from watersheds dominated by mature and old-growth forests with a diversity of tree species. Normally, this would only be a concern in the driest summer months, but as climate change continues to alter local weather patterns, the impact is growing, and 2018 and 2019 have both seen summer-like stream levels late into what used to be the rainy season.

More clearcutting and tree farms means too much water flushing out eggs right after a clearcut, then not enough when the young trees start to grow. This seesaw of extremes makes it even harder for salmon, with artificial lowflow years crowding salmon at lower elevations, waiting to spawn and spreading disease, and artificial highflow years killing their eggs.

And of course, changing climate conditions like droughts are exacerbated by the greenhouse gases like carbon dioxide that are warming the planet. What was Oregon’s #1 carbon emitter again?

Photo Credits
Top photo by of a salmon in a creek by Ann Chamberlain. Jumping salmon by Janice Lorentz.