Oregon finally passed a wildfire bill. But is it any good? 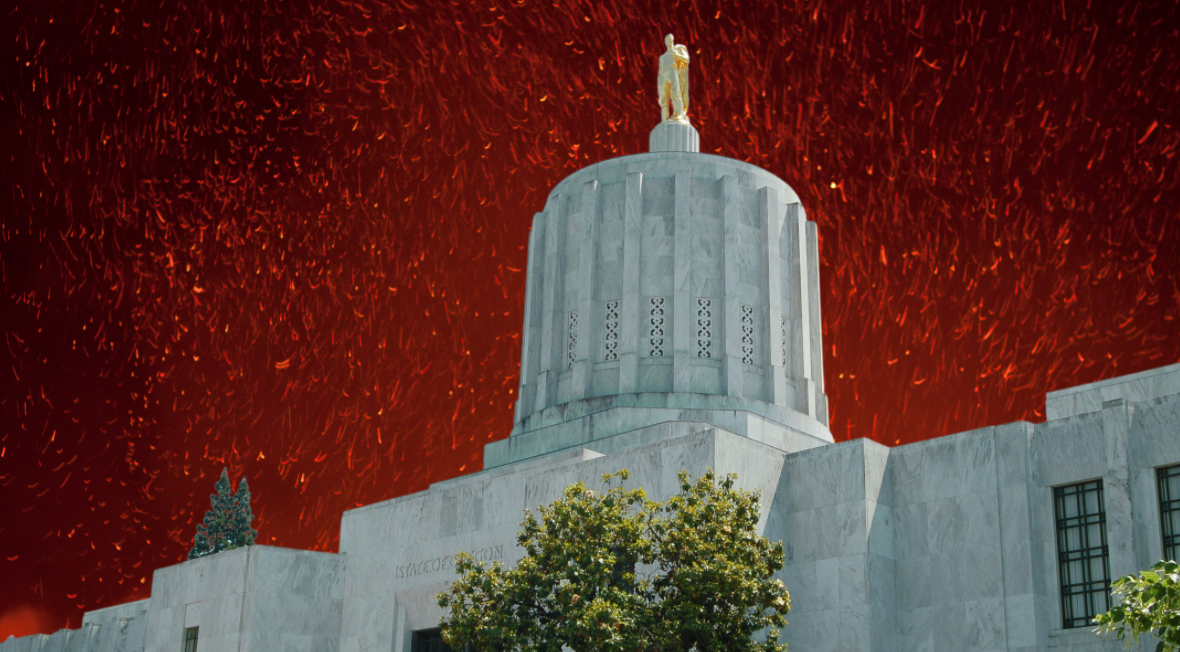 Oregon’s legislature has become increasingly dramatic in recent years. The last several sessions have featured high-profile walkouts by the Republican super-minority, which has stalled consideration of important business like climate change legislation and, in the early 2020 short session, preparation for the COVID-19 pandemic. The drama in Salem reached its climax with violent protestors breaching the State Capitol in December of 2020 at the apparent invitation of Rep. Mike Nearman, who opened the door for them. This terrible event was a preview for the horrific attack on the US Capitol a few weeks later on January 6.

One of the victims of right-wing antics has been the passage of bills dealing with wildfire and community preparedness. Oregon’s default policy on fire and fire preparedness has long boiled down to “logging, logging, and more logging,” a status quo that was demonstrated to be wildly insufficient and wrongheaded when the 2020 Labor Day Fires spread. During that historic weather event, fire ignored the boundaries of where logging had or had not occurred and science suggests industrial logging makes fires burn more severely.

However, in the last days of 2021, the Oregon legislature did negotiate Senate Bill 762, a package of policy proposals on preparing for fire. Health, safety, and conservation advocates had called for policies that focused on community protection, while logging interests and their proxies in the legislature demanded more subsidies, loopholes, and logging in the backcountry, far away from homes and communities. Given the legislature’s continued deference to the industrial logging industry, is it possible that a compromise could break away from the failed policies of the past and actually prepare and protect Oregonians from wildfire?

The answer is: kind of.

The passage of SB 762 is a step in the right direction toward fire policy that focuses more on community health and safety and less on false solutions like trying to suppress all fires or log the forest to keep it from burning. As a community protection bill, it does many good things, like providing support to reduce flammable materials in the home ignition zone (the area within 100ft of a structure). Unfortunately, the bill wastes a lot of money appeasing the logging lobby and continuing failed fire policies in the backcountry that will lead to more dangerous fire conditions in the future.

"Community wildfire risk should be defined as a home ignition problem, not a wildfire control problem,” says retired Forest Service fire scientist Jack Cohen. "For the sake of fiscal responsibility, scientific integrity, and effective outcomes, it’s high time we abandon the tired and disingenuous policies of our century-old all-out war on wildfire and fuel treatments conducted under the guise of protecting communities. Instead, let’s focus on mitigating…fire risk where ignitions are determined – within the home ignition zone."

The pyrogeography research of Dr. Michael Medler of Western Washington University suggests that the state would only have to treat some 52,000 acres to establish quarter-mile buffers around communities in the wildland-urban interface. Clearing additional space around properties on the outskirts of those communities increases that total to some 130,000 acres. For comparison, Governor Brown’s Wildfire Council (chaired by a former timber industry executive) recommended logging on 5.6 million acres of public forestlands. That amount of logging would have incredibly damaging consequences for wildlife habitat, clean water, and climate change.

Following the suggestions of Dr. Cohen, SB 762 makes some good headway on policies that Oregon Wild has supported:

Unfortunately, the bill was also harmfully influenced by the logging industry and the flawed recommendations of the Governor’s Wildfire Council. Doubling down on the failed policies of the past, the bill:

In the end, this wildfire bill is clearly a compromise. Progress is made in attention and resources around protecting homes and communities, but as far as forest health and resilience, the bill continues to waste taxpayer dollars on backcountry logging and the failed policies of the past.