Oregon’s Turtles: A Journey from Land to Sea 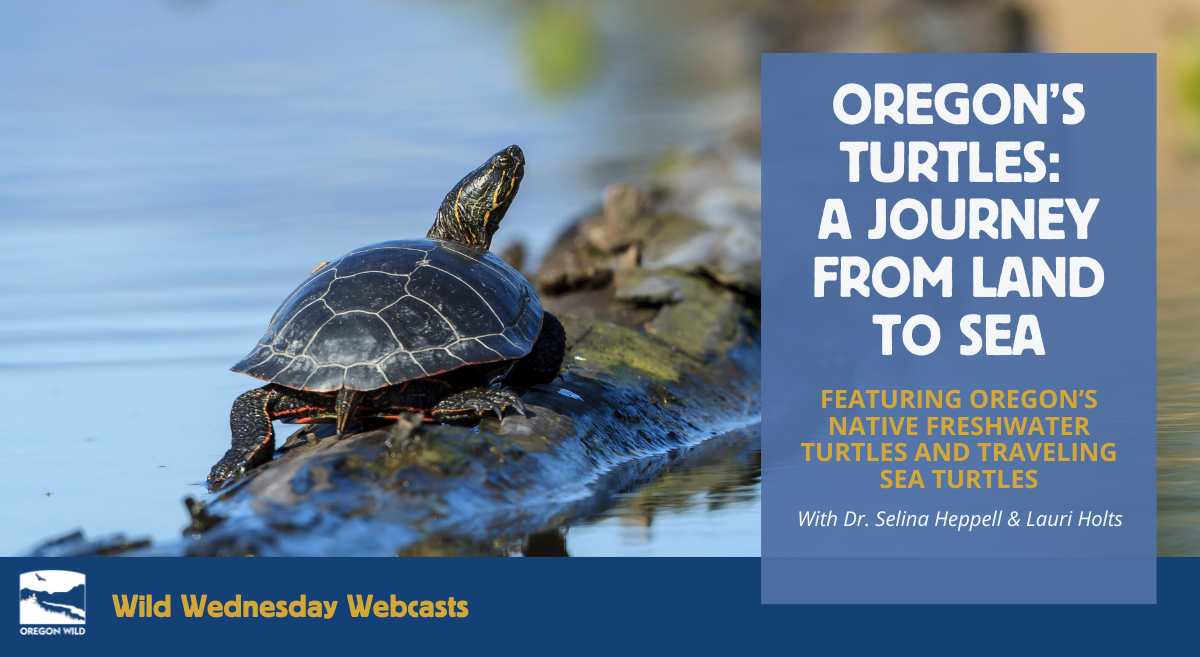 Did you know Oregon is home to only two small, native freshwater turtles – the western painted turtle and the northwestern pond turtle – which only weigh a few pounds?!

Compare that to the gigantic leatherback sea turtle found in the deeper waters along Oregon’s coast, which can weigh a whopping 1,500 pounds! From land to sea and from big to small, turtles come in a wide variety of sizes and have adapted to live in both freshwater and saltwater environments. Unfortunately each of these turtles also have their own conservation threats that put their populations (and habitat) at risk.