Oregon's Logging Rules Are Finally Getting a Makeover 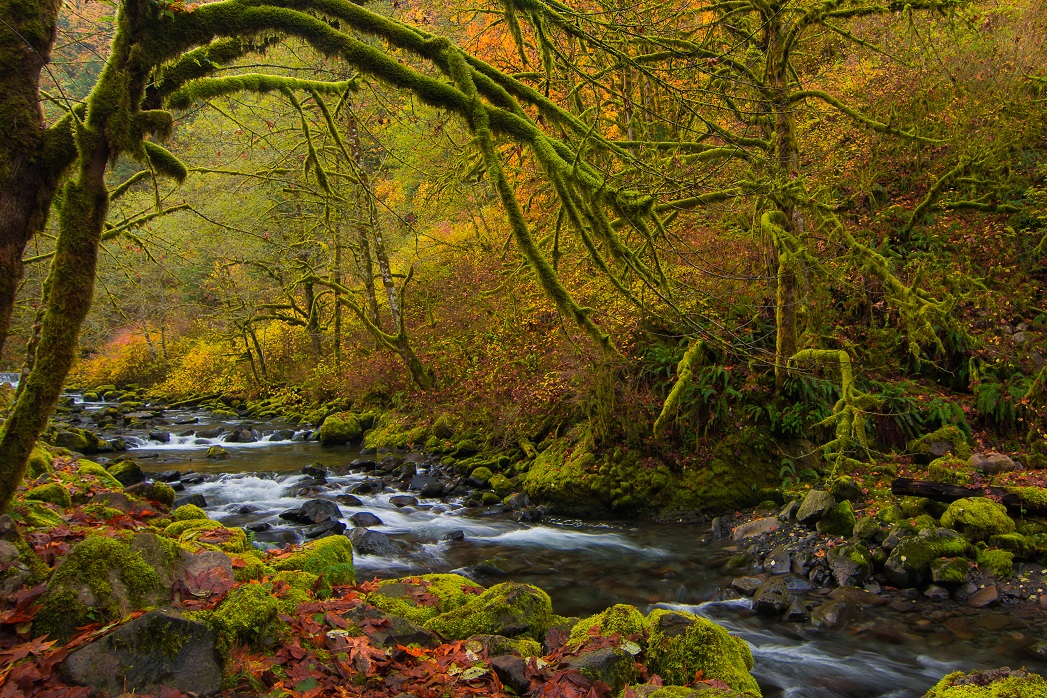 In an early draft of the Oregon Wild 2012 strategic plan, there is a highlighted paragraph in the "Forest Protection and Restoration" section. It says:

**Food for thought**
Explore opportunities to engage in existing state forest advocacy coalition. Seek out opportunities to reform management of state and private forests in Oregon through the state legislature.

In some ways, just entertaining the idea of working on private forest reform was a big leap for Oregon Wild. Our history has been firmly rooted in advocating for protections on public lands - through the roadless area review, Wilderness legislation, timber sale appeals and litigation, and endangered species listings to force habitat protections. For decades, we viewed the 10 million acres of private forestlands in the state as - to put it bluntly - sacrifice zones.

Sure, we wanted to see better management on industrial forestlands that were clearcut, bulldozed, and sprayed with toxic chemicals on an endless cycle. But the political realities were daunting. The Board of Forestry was heavily influenced by the industry it was designed to regulate and the legal framework for updating forest rules and regulations was stacked in the logging industry's favor. A colleague of mine likes to call it the "Teflon Quilt" that generations of politicians, lobbyists, and corporate campaign contributions have built.

So, back in 2012 when we considered dipping our toe in the Oregon Forest Practices Act reform waters, we had good reason to be cautious and pessimistic about what we could achieve.

Of course, caution and pessimism aren't exactly our brand here at Oregon Wild - and we set out with purpose and passion to see what we could bring to the fight to modernize our logging laws. And boy was it a fight! And boy did we take some blows.

In 2015, we worked with Senator Michael Dembrow and then-Representative Ann Lininger to work to tweak Oregon's pathetic aerial spray laws to simply give local forest neighbors a better warning when spray was happening and a chance to know what herbicides were shooting out of nozzles on helicopters next to their homes. We got the legislative run around from committee chairs and Democratic leaders combined with a full-on blitz by the logging lobby (in fact, one of those committee chairs is now the director at the primary industry lobby group!). Needless to say, the reforms that the Legislature adopted that year were not something we were eager to write home about.

In subsequent years, we took our concerns to the Board of Forestry, asking them to do more on everything from aerial spray to state forest protections. Given that state law allows members of the board to have direct financial conflicts of interest, it may come as no surprise we didn't make much headway. In fact, the most significant forestry rule change to be approved by the board in the last 25 years (to widen stream buffers for salmon, steelhead and bull trout) took almost two decades and still ended up short of what the agency's own science said was needed to protect fish.

Undaunted, we set out with our partners to take our case directly to the voters. We ran focus groups and conducted polling. We brought on lawyers for research and to craft our ballot language. We hit the road to raise the millions of dollars that we'd need to beat the industry at the ballot. And then things got interesting.

In early 2020, we were gearing up to head to the ballot only to have industry file counter initiatives - one of which threatened the foundations of our land use system. You may have heard the rest of the story. Governor Kate Brown negotiated a Memorandum of Understanding between 13 conservation and fishing organizations as well as 13 companies. In a special legislative session in June 2020, the Legislature adopted expanded aerial spray buffers for homes, schools, and drinking water sources while setting up a brand new, real-time notification system (that just went live!).

The MOU also set up a negotiation between the signatory parties to attempt to reach much broader agreement on a suite of reforms to the OFPA that would provide the foundation for a Habitat Conservation Plan (a plan envisioned under the Endangered Species Act to proactively comply with species recovery by agreeing up front to expanded habitat protections). Almost two years later and - believe it or not - the signatory parties have reached agreement.

In between writing this blog, I am working with colleagues - as well as members of the timber industry - on a draft bill that would codify what has come to be known as the Private Forest Accord.

The agreement is multi-faceted and approaches aquatic species conservation from all angles. In this collection of Private Forest Accord documents you'll find details on a new roads management program; increased buffers for streams (including Oregon's first ever buffers for non-fish streams that were previously logged right down to the stream edge); a new approach for safeguarding against excessive landsliding; a new approach to protecting beavers on private forestlands; and a whole bunch more.

After ten years of advocacy alongside partner organizations, dedicated activists, communities in the crosshairs, and dedicated legislative champions, Oregon's forest laws are getting a 21st century makeover!