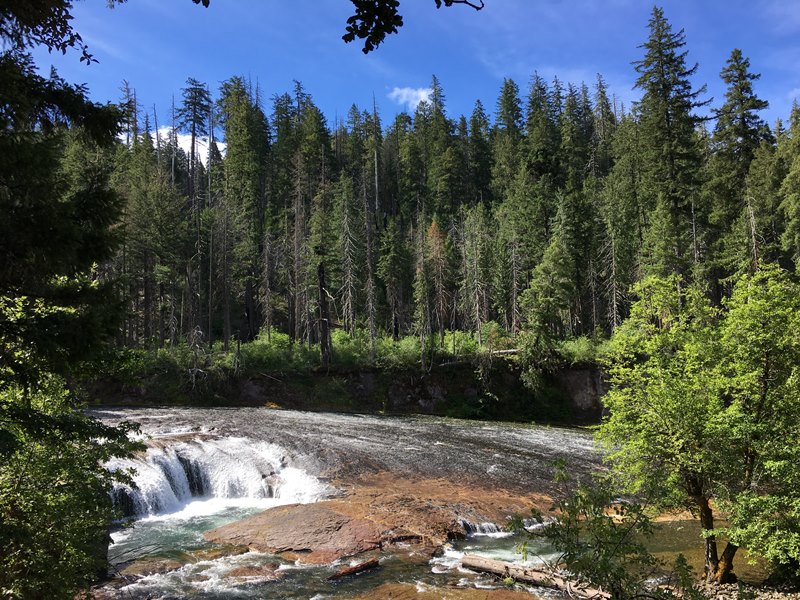 The energy in the air was palpable. Over 100 people left their places of work for a lunch hour forum at the Mazamas building in SE Portland to show their support for Wild & Scenic Rivers in the presence of Oregon’s two Senators, Ron Wyden and Jeff Merkley. Organizing parties were nervous about good turnout for this pre-holiday, weekday event, but all doubts disappeared long before the event began. Standing room only - and the Senators hadn’t even arrived. Mingling with the expanding attendees, it became clear how many diverse interests were represented. Conservation organizations, tribal representatives, state officials and county commissioners, fishing guides, local brewers, veterans, rafters, kids and grade school students.

The theme of the afternoon became clear early: go big. That was the message presented by the dozen individuals who made it to the microphone, punctuated with specific river and stream nominations from the well-known (the Umpqua, tributaries of the Deschutes) to the more obscure (White Horse Creek, Indigo Creek). And Senator Wyden took note.

Councilwoman Kathleen George, representing the Confederated Tribes of the Grande Ronde, inspired the crowd with a story of Coyote and the tribal connection to the rivers. She nominated the Upper Umpqua and North Santiam Rivers on behalf of the Tribe. Oregon Wild’s Brewshed Alliance partners also stepped up. Ken Whiteman of pFriem Family Brewers nominated their Hood River watershed and the West Fork Hood River, while Mary Rait of Widmer Brothers Brewing nominated the Breitenbush and North Fork Breitenbush Rivers. Other individuals followed suit. By the end of the forum, the Senators seemed fired up to go toe-to-toe with Alaska and their dominance in Wild & Scenic River designations. 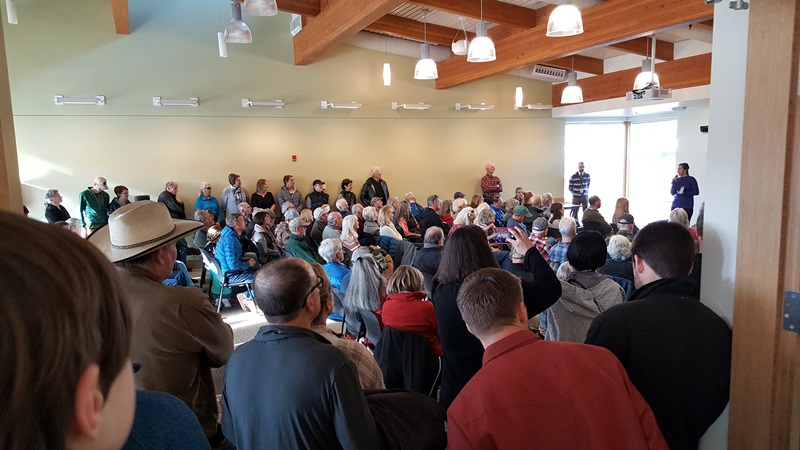 The next day (Saturday) in Bend, Senator Wyden held a follow-up forum. Organizers were again nervous given that it was one of the first bluebird powder days on the mountain, and that usually means everyone clears out of town and heads for the hills. Not today. Love of rivers triumphed and people swarmed to the forum to share with Senator Wyden how much they want to see him be bold and go big in protecting Oregon’s rivers. It was another heartwarmingly good day for Oregon’s rivers.

Here’s to keeping that fire roaring into 2020. And Senator Wyden and the rest of the Oregon delegation doing our rivers justice by passing legislation to protect all of our most important Wild & Scenic Rivers.

Learn how to nominate your favorite river (or rivers)!