Seeing the Forest for the (Burnt) Trees 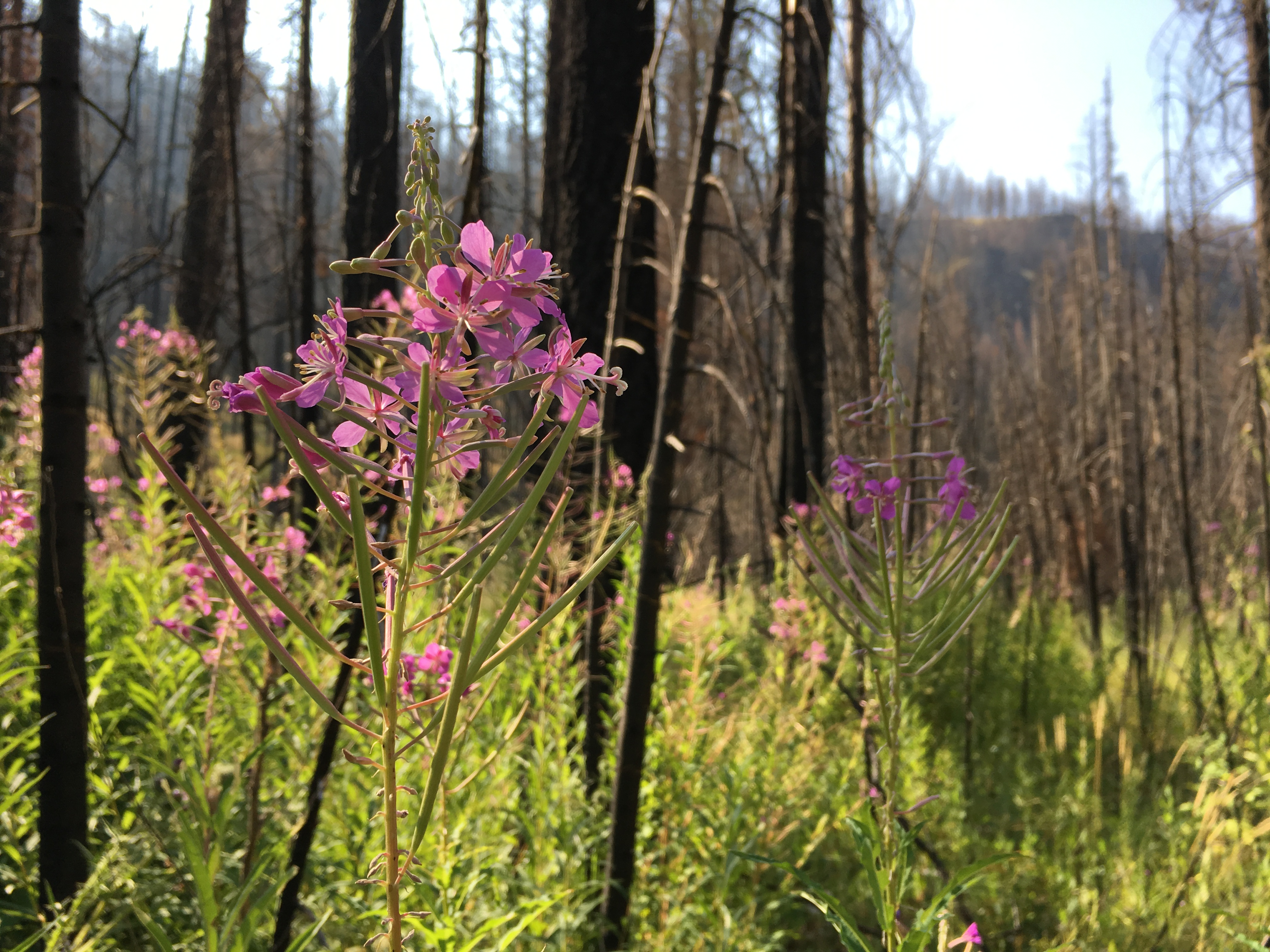 In late May of 2021, the Bureau of Land Management (BLM) approved a plan to log over 900 acres of forestland burned in the Holiday Farm Fire, which swept across the Western Oregon landscape the previous year. As a result of a policy change issued by the Trump administration in late 2020, the BLM is permitted to log up to one-third while not being required to publish an environmental assessment for the large logging project. This salvage harvest, like most on U.S. Forest Service and BLM lands, was approved without thorough investigation of potential environmental impacts. The use of categorical exclusions for this type of post-fire timber management has expanded dramatically, allowing the federal government to dodge its duties to investigate environmental impacts of its actions and preventing the public from holding agencies accountable.

In the first two decades of the 21st century, the United States’ public land management agencies have repeatedly claimed they will better incorporate the ecological value of public lands in their management plans. However, change in agency culture requires more than just a change in rhetoric. The approval of salvage logging projects - especially through the use of these categorical exclusions - on federal land consistently contradicts the stated desire for more holistic, ecosystem-oriented management. The Biden administration, which has been outspoken on the need for climate change mitigation and conservation, can only reconcile these objectives with its public lands management strategy by prioritizing ecosystem function, actively pursuing environmental justice, and implementing a decision framework that promotes sustainable and just outcomes.

Unfortunately, the culture of rural counties and public land management agencies remains tightly tied to extraction. Commissioners in Jackson County, Oregon, for example, have consistently pushed for more logging on the federal lands in their county, arguing erroneously that expanding logging operations would reduce wildfire risk and smoke. The continued pressure to log has culminated in recent salvage logging decisions, which have been defended based on their economic value, even when they threaten natural regeneration processes of forest ecosystems. Many forests affected by wildfire, including in large regions of Eastern Oregon, are adapted to frequent, low-severity fire. Fire suppression, which has been practiced across the United States for over a century, has upset the historical species composition of these forests as long periods pass with no opportunity for fire-resistant and early successional species to gain an advantage. However, despite fire’s natural existence on the landscape, public land management agencies act on the assumption that it is beneficial for humans to interfere in the post-fire landscape to rehabilitate and “restore” it [3]. Salvage logging is a large part of what these agencies call sustainable post-fire management and involves removing large trees that are dead or dying because of fire. The replanting that follows salvage harvests then replaces what were once structurally diverse stands with plantations that have much lower biodiversity and provide much lower habitat value. 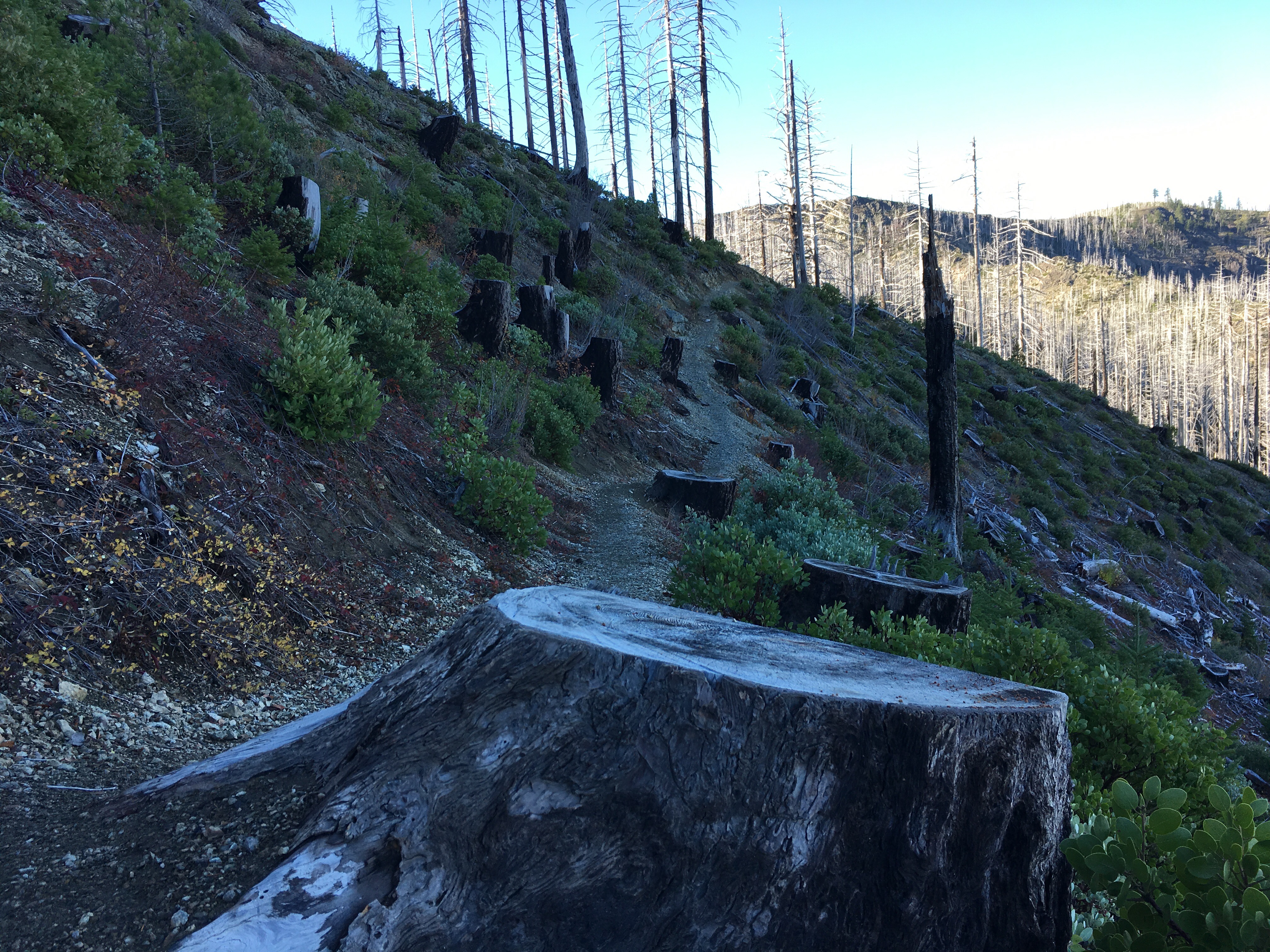 Post-fire salvage logging is typically justified because of the economic value it provides, and advocates argue that it can also help prevent subsequent fire. However, these large dying trees targeted in salvage harvests are not principally responsible for wildfire spread; that is attributed to finer fuels like shrubs, grasses, and smaller trees. Even the economic value of these harvests is dubious. Since timber killed by wildfire can deteriorate quickly and thereby become unmarketable, the total value from salvage harvests cannot be predicted.

While the extent of economic benefits is often unclear, the ecological costs of salvage logging are extensive. Yarding equipment hauled in to transport logs can expose underlying soil and cause compaction, which can greatly increase soil erosion. This disturbance can also inhibit the growth of early successional species, including nitrogen fixers, that provide important nutrient replenishment. The dead and decaying wood removed through salvage logging also provides habitat, nutrients, and structure to riparian and forest ecosystems.

In pursuing logging that provides an uncertain amount of economic value but certainly degrades the forest ecosystem and inhibits natural regenerative processes, public land management agencies are perpetuating the use of forests predominantly for their commercial value. Secure Rural Schools legislation passed in 2000 was meant to be a turning point in the management of federal forestland and the economic foundation of the surrounding rural communities. The Forest Planning Rule in 2012 furthered the notion that federal forestlands should be managed with ecosystem services front of mind. The widespread approval of salvage logging by public agencies under both the Trump and Biden administrations demonstrates the obstinance of agency culture and the persisting inclination to extract as much commercial value from the forests as possible, even under the guise of restoration.

Restoration and rehabilitation have become flexible terms within forest management, allowing public agencies and officials seeking an opportunity to extract value from forestlands to portray their actions as sustainable. To meaningfully uphold and promote the value of ecosystem services in federal forestland, restoration and rehabilitation must be clearly defined in a manner that prioritizes improvements in ecosystem functions like habitat and clean freshwater provision, carbon sequestration, and protection of biodiversity. Furthermore, there must be clear metrics for the effectiveness of agency actions in protecting and enhancing ecosystem services on public lands. These metrics must be integrated into forest management planning and the system of incentives provided by the county payments that support rural communities. To account for the lack of representation of Indigenous and other marginalized rural communities in previous SRS legislation, federal agencies must ensure that the decision-making framework, the metrics by which decisions are made, and the implementation process are all formulated in collaboration with leaders in these communities.

The Biden administration and the United States’ public land management agencies have expressed a clear intent to conserve and protect the ecological value of our nation’s lands. However, if these goals are to be realized, it is imperative that the broad and aspirational rhetoric at the national level is translated into meaningful action at the ecosystem scale.