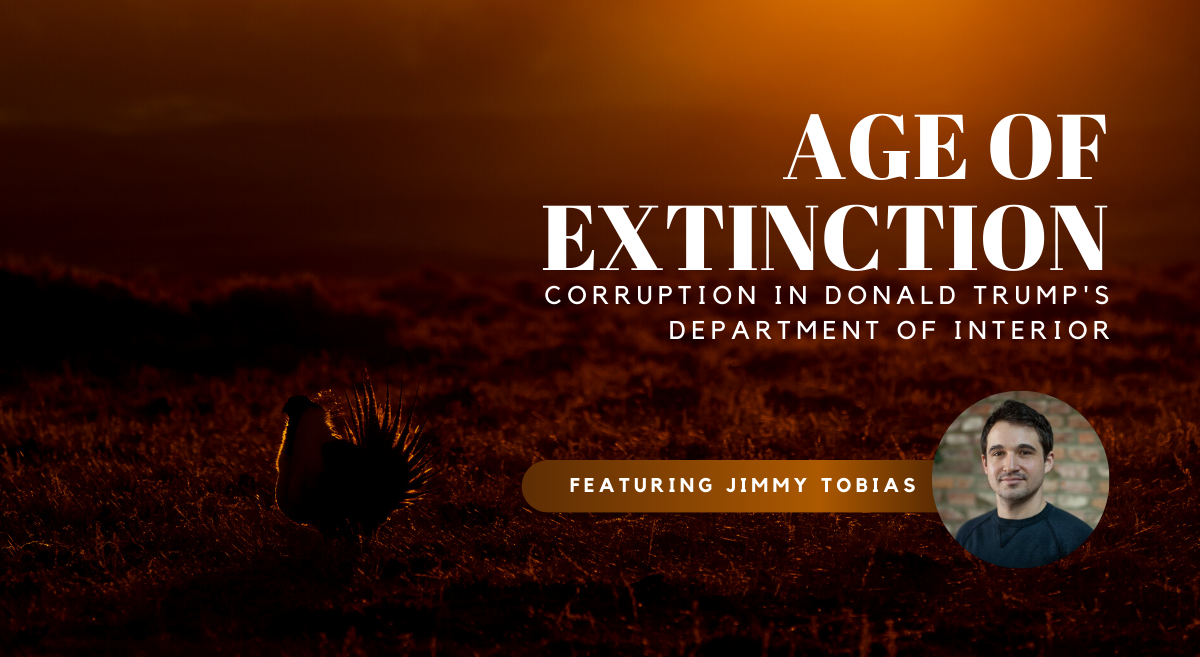 This presentation explores the various ways that industry lobbyists and right-wing operatives have infiltrated the Interior Department and are now using the powerful agency to rollback essential environmental laws, including the Endangered Species Act. Interior Secretary David Bernhardt, a former mega-lobbyist for the oil and gas industry and Big Ag, has stocked DOI with conservative ideologues and corporate influence peddlers and together they are doing everything in their power to worsen the biodiversity crisis unfolding across this planet.

Journalist Jimmy Tobias (@JamesCTobias) discusses some of the investigative reporting he's done looking into Trump's Interior Department, with a focus on the agency's most crooked political appointees and its most egregious anti-environmental actions.

Jimmy Tobias is a contributing writer at The Guardian and a contributor at The Nation. An investigative reporter, he covers conservation, civil society and cities. He was formerly a trail worker with the U.S. Forest Service. His work has also appeared in The New York Times, The Intercept, Pacific Standard, HuffPost, Mother Jones, Outside, High Country News, and numerous other outlets.