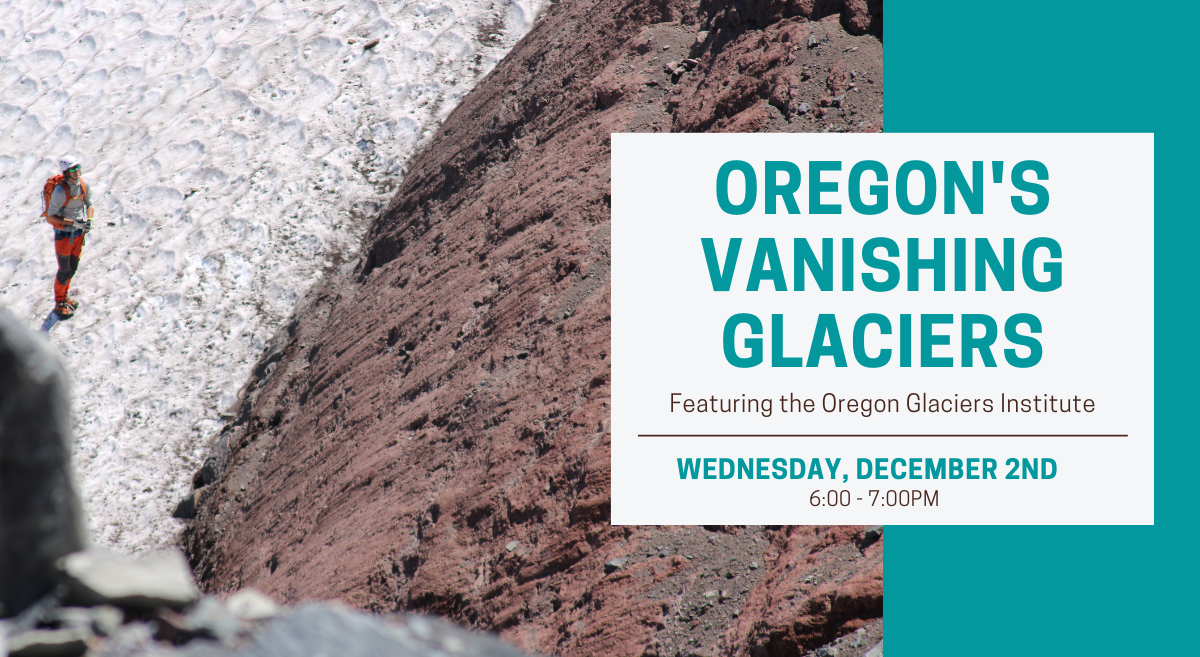 Almost a century ago, scientists and mountaineers in Oregon observed the retreat of Oregon's glaciers and raised alarm over the potential for an ice-free Oregon in the not too distant future. That future has now arrived.

The recently founded Oregon Glaciers Institute (OGI) is monitoring changes in Oregon's endangered glaciers with the goal of projecting their viability. OGI recently concluded a state-wide survey of how many glaciers remain in Oregon with an estimate of how many existed more than 60 years ago when the last such census was conducted. In this presentation, we look at the implications of these findings and why such changes are occurring, with a final note on how one can help in preserving Oregon's vanishing glaciers.

Anders Eskil Carlson, Ph.D. - President & Chief Scientist
Dr. Anders Carlson fell in love with glaciers as an undergraduate student while conducting research at Matanuska Glacier in Alaska. After receiving his B.A. in Geology and German from Augustana College, IL, he earned an M.S. at the University of Wisconsin-Madison and a Ph.D. at Oregon State University in glacial geology. Following a postdoc at Woods Hole Oceanographic Institution, MA, he was a professor at the University of Wisconsin-Madison and then Oregon State University before co-founding the Oregon Glaciers Institute. Anders has studied glacier-climate change for 20+ years in the United States, Canada, Greenland, Svalbard, Scandinavia, Patagonia, and Antarctica.

Aaron J. Hartz - Director of Field Operations
Aaron Hartz grew up skiing in the Cascade Mountains of Oregon and developed a deep appreciation for the mountain environment. He went on to earn a B.S. degree in environmental science from Oregon State University, an M.S. from Nova Southeastern University in biological sciences, and an M.S. degree in oceanography from Oregon State University. For the past decade, he has worked as a professional ski and climbing guide and is a certified ski mountaineering guide through the American Mountain Guides Association. Aaron is a co-founder of the Oregon Glaciers Institute and operates a freelance scientific fieldwork business called Hartz Science Explorations. He is also an avalanche forecaster with the Central Oregon Avalanche Center.

And if you haven't heard of the newly formed Oregon Glaciers Institute, here's a brief overview:
Founded in 2020, the Oregon Glaciers Institute documents the health of Oregon's glaciers and their responses to climate change to determine their future viability and educate the public on the role glaciers play in their environment and economy. Specific scientific goals are to 1) document how many glaciers remain in Oregon, how many glaciers existed a century ago and determine why the number changed, and 2) measure a mass-balance and glacier-size network in Oregon that will allow 3) projections of Oregon glaciers' sustainability. OGI combines glacial researchers with citizen scientists to achieve these research goals while also raising awareness around the important role glaciers play for natural ecosystems, ranching and agriculture, fisheries, forestry and mountain recreation.

Oregon's glaciers are retreating. What does this mean, and what can we do about it?