It's been pretty easy over the last two years to get caught up in our state's big tourism promotion campaign - the Seven Wonders of Oregon. No doubt, places like the Painted Hills and Mount Hood are not the only beautiful but big-time drivers of our economy. 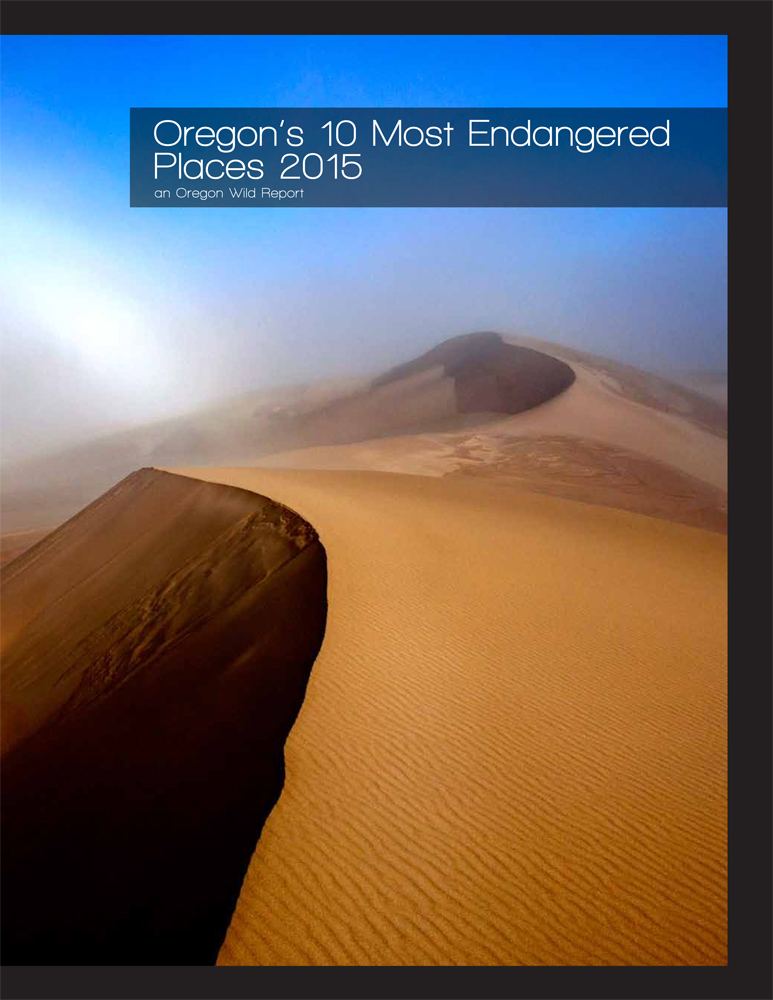 In contrast, we bring you the 10 Blunders of Oregon - more commonly known as Oregon's 10 Most Endangered Places of 2015.

While it's fun and important to celebrate all that our natural wonders can provide, it's equally important to take stock of what is at risk. Sadly, there are some truly amazing places facing logging, mining, ATV abuse, dirty energy export schemes, and more. Without further ado, here's the list. Click on each place below to find out more about each threat and ways you can take action:

Oregon Dunes National Recreation Area photo by Stan Newman. Located on the north side of Coos Bay, the Oregon Dunes National Recreation Area harbors some of the rarest plant ecosystems in Oregon. The Jordan Cove Terminal is proposed to be built on a sand dune on the north spit of Coos Bay, and a massive dredging project would be required in the bay for pipelines and huge LNG ships.
View All