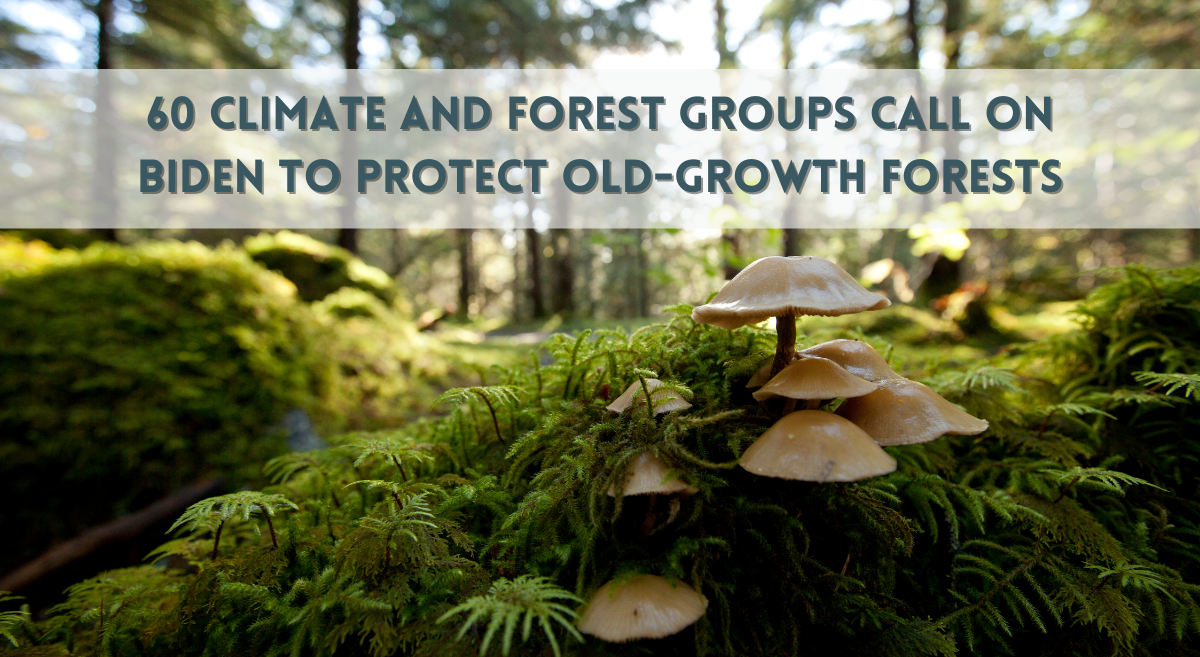 A regional coalition of 60 climate and forest conservation groups representing over 500,000 members and supporters across Alaska, Washington, Oregon, and California sent a letter to Gina McCarthy, the White House National Climate Advisor, and John Kerry, the United States Special Presidential Envoy for Climate, calling for immediate, permanent protections for mature and old-growth forests on federal lands as a critical natural climate solution.

Oregon Wild released the following statement to accompany the letter:

This Earth Day, President Biden is hosting a virtual Climate Leaders Summit with over 40 leaders from around the world. As Biden calls on Brazil to protect its rainforests, we must lead by example and protect our own rainforests here at home.

These critical ecosystems store even more carbon per acre than tropical rainforests. Protecting our temperate forests in the Western U.S. from logging would store the equivalent of 8 years of regional fossil fuel emissions, and the Tongass National Forest alone contains 8 percent of the nation’s total forest carbon stores.

Old-growth forests of Alaska and the Pacific Northwest are also home to many of America’s most iconic species, including valuable salmon and steelhead runs. By protecting old forests, the Biden administration can tackle both the climate and extinction crises we face today  — an effort directly in line with the administration’s goal to protect 30 percent of U.S. lands and waters from development by 2030.

Leading into Earth Day, and the 2021 United Nations Climate Change Conference in Glasgow, Scotland this Fall, the United States must take bold action on climate change in order to reestablish the United States as an international leader after 4 years of environmental rollbacks during the Trump administration.