SALEM, ORE -- In an overwhelming bipartisan vote, both chambers of the Oregon Legislature today passed legislation (SB 1602) that will strengthen the state’s aerial pesticide spray regulations and set the stage for fundamental reform of the Oregon Forest Practices Act. The legislation comes four months after thirteen conservation and fishing organizations reached agreement with thirteen timber companies on a path forward to modernize the state’s long-outdated forestry laws.

“This is a big day for the state of Oregon,” said Sean Stevens, executive director of Oregon Wild. “This legislation is a down payment on bringing our forest laws into the 21st century and finally turning the myth into reality - that Oregon has strong laws that protect our forests and communities.”

"Today is another milestone on the road to cleaner water, safer communities and healthier salmon runs.” said Bob Van Dyk, Oregon and California policy director for Wild Salmon Center.  “This validates the hard work by conservation and fishing groups to hammer out a deal with timber companies. And it shows broad, bi-partisan consensus that it’s time to modernize Oregon’s forestry practices."

“With the passage of SB 1602, rural communities across Oregon are now reassured that legislators are listening and responding to their concerns about aerial pesticide spray on forest lands,” said Lisa Arkin, executive director of Beyond Toxics. “Today's affirmative vote is a significant stride toward protecting health and drinking water for rural Oregon families because it establishes a lasting policy of community toxics ‘right-to-know’ as well as protective buffer zones for homes, schools and drinking water resources.”

Today’s bill passage is the product of decades of grassroots advocacy, public education, and dogged work by legislative champions to better protect forestlands, at risk wildlife, and adjacent communities. Conservation organizations would especially like to recognize the following legislators for their efforts:

While this legislation represents a significant step forward for Oregon’s forests and the wildlife and people that rely on them, we know it is just a first step. Today marks the beginning of a new process that will require the commitment and engagement of all Oregonians who care about our forests to ensure that we can live up to our green reputation and have a truly sustainable forest sector.

Some summaries of the legislation and the Memorandum of Understanding are here and here. 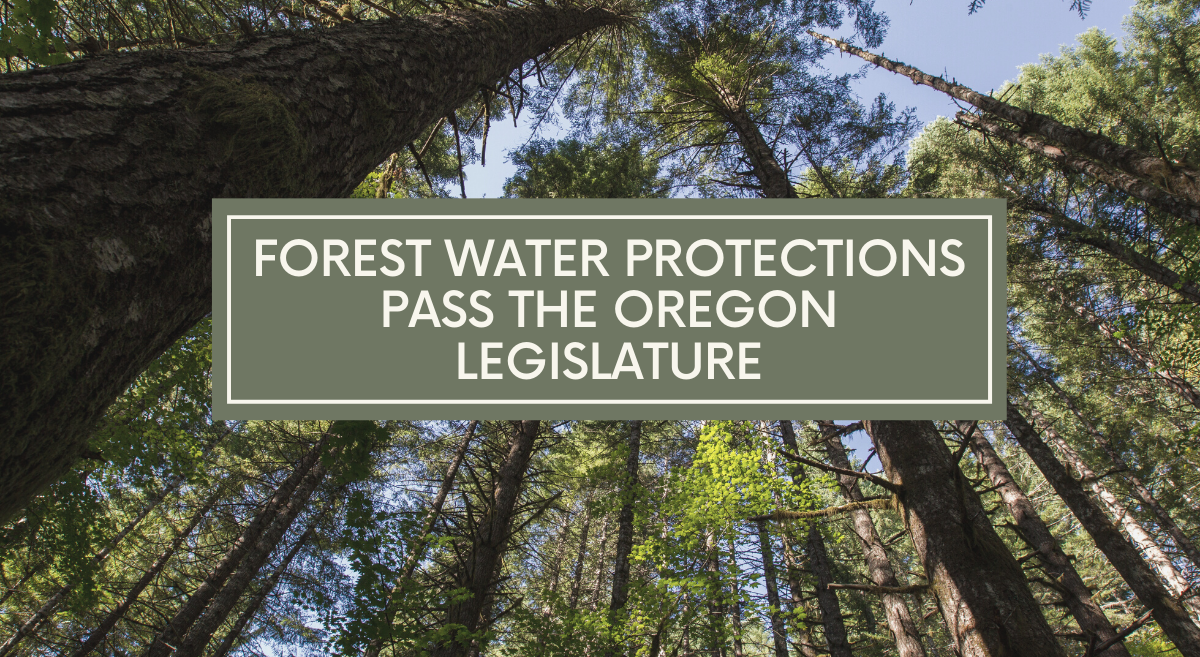