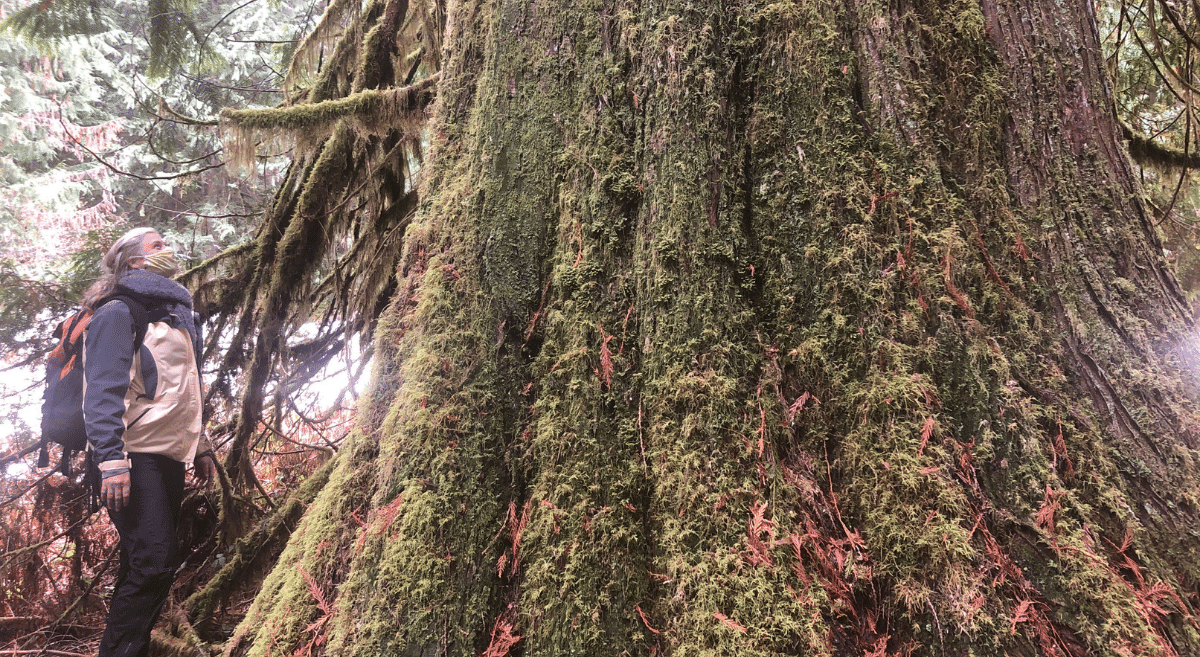 As the Biden administration prepares to attend the COP26 climate talks in Glasgow, Scotland, 128 environmental groups delivered a letter to the White House asking that the U.S. Forest Service and the Bureau of Land Management stop the logging of older forests and trees on public lands. The correspondence specifically asks for this commitment to be part of the United States’ larger climate goals.

"The climate scored a victory earlier this year when the Biden Administration took action to protect the longest-standing trees in the Tongass National Forest, some of our greatest buffers against climate chaos,” said Blaine Miller-McFeeley, senior legislative representative at Earthjustice. “To be an effective leader on the international stage, now it's time to establish similar safeguards across the millions more forest acres on federal lands that are still vulnerable to logging. Old-growth and mature forests and other critical forest stands that help us regain balance in a hot and fiery world should be treated as a top priority for conservation, not auctioned off to the highest bidder."

Forest must be part of the formula for addressing so many of the ills that face our environment.

"Older forests and trees cleanse the air we breathe, purify drinking water, support countless imperiled species, and are critical in slowing down runaway climate change,” said Dominick A. DellaSala, chief scientist at Wild Heritage. “Our future depends on keeping carbon in the ground and in the forest."

The letter describes the carbon sequestration benefits of older and mature trees and explains the dangerous emissions associated with logging them. The signers assert that conserving older (mature and old-growth) forests and trees on U.S. federal public lands is one of the most straightforward, impactful and cost-effective climate solutions.

"Mature and old-growth forests on public lands are our ecological anchors — they store the most carbon and are the most resistant to the worsening impacts of climate change,” said Lauren Anderson, forest and climate policy coordinator at Oregon Wild. “Protecting them from logging is a straightforward, cost effective way to fight climate change. We must safeguard these natural climate solutions immediately."

In addition to serving as a natural climate solution, forests are essential biodiversity reservoirs -- providing habitats for a vast array of life. And with a rapidly changing climate producing more droughts and greater storm events, older forests play an essential part in clean water and flood control.

“Older forests and trees are the carbon and biodiversity champions of our federal forestlands,” said Garett Rose, staff attorney at the Natural Resources Defense Council (NRDC), “They sequester large amounts of carbon, they store it for long periods of time, and they foster an abundance of life. Leaving them open to logging is the ecological equivalent of shooting ourselves repeatedly in the foot.”

With floods, droughts and extreme heat, the need to retain our forests is more vital than ever.

“We are already seeing the initial devastating effects of climate change. As we fight to preserve a livable planet with healthy and safe communities, forests are invaluable for their ability to sequester and store carbon,” said Alex Craven, senior campaign representative at The Sierra Club. “In order to meet the Biden Administration’s climate goals, we must protect existing forests -- especially mature and old forests and trees, which we know to be the highest-value natural systems for capturing carbon.”

Oregon Wild protects and restores Oregon’s wildlands, wildlife, and waters as an enduring legacy for future generations, and is committed to elevating the needs of climate impacted communities and underrepresented voices.

Earthjustice is the premier nonprofit public interest environmental law organization. We wield the power of law and the strength of partnership to protect people’s health, to preserve magnificent places and wildlife, to advance clean energy, and to combat climate change.

The Natural Resources Defense Council (NRDC) is an international nonprofit environmental organization with more than 3 million members and online activists. Since 1970, our lawyers, scientists, and other environmental specialists have worked to protect the world's natural resources, public health, and the environment. NRDC has offices in New York City; Washington, D.C.; Los Angeles; San Francisco; Chicago; Bozeman, Montana; and Beijing. Visit us at www.nrdc.org and follow us on Twitter @NRDC

The Sierra Club is America’s largest and most influential grassroots environmental organization, with millions of members and supporters. In addition to protecting every person's right to get outdoors and access the healing power of nature, the Sierra Club works to promote clean energy, safeguard the health of our communities, protect wildlife, and preserve our remaining wild places through grassroots activism, public education, lobbying, and legal action.

Wild Heritage, a project of Earth Island Institute, works with scientists and indigenous groups around the world in protecting primary (unlogged) forests and restoring degraded areas.