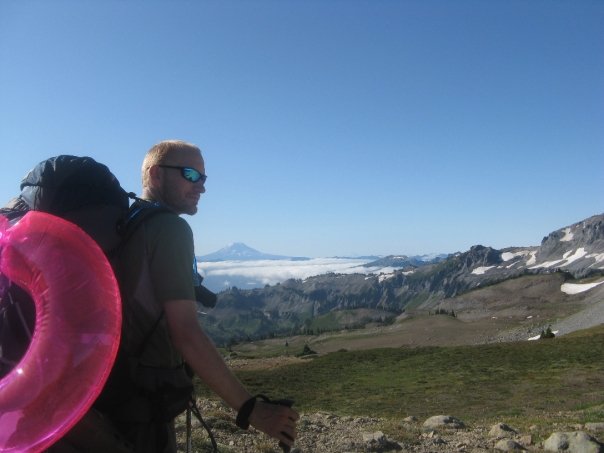 Arran (he/him) grew up in rural Oregon and spent summers moving irrigation pipe and working in agricultural research. Since joining the Oregon Wild team in 2014, Arran Robertson has worked to provide a voice for the wildlands, wildlife, and waters that don’t routinely go about hiring their own PR firms, giving interviews, or posting to social media accounts.

Arran came to Oregon Wild from the political world having spent six years as a congressional staffer. Before that, he was a Program Leader for the Multnomah Education School District’s Outdoor School program where he taught children environmental science. Out of college, he spent several years as a Tour Actor/Director with the Missoula Children’s Theater where he made a poor imitation of wildlife, singing and dancing in bear, wolf, and flytrap costumes.

An avid backpacker, Arran continues to be attacked by mosquitoes on hiking trails all across the US, most notably a swarm in the Desolation Wilderness of California that haunts his nightmares to this day. He and his wife enjoy board games, margaritas, and identifying birds on their morning runs.