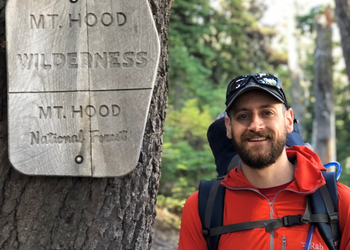 John Persell grew up in Northern Minnesota, where he spent most of his time outside exploring the surrounding woods and wetlands. He completed his J.D. at Southern Illinois University School of Law, and then pursued an LL.M. in environmental and natural resources law at Lewis and Clark Law School, which brought him to Oregon. Like many who grew up in the relatively flat Midwest, John quickly became enamored with the scope, scale, and variety of terrain found here in Oregon.

Since earning his LL.M., John has worked for several groups, including Biodiversity Conservation Alliance in Wyoming and Pacific Rivers Council in Oregon. John also served as a staff attorney for Western Watersheds Project, where he litigated claims under the Endangered Species Act, National Environmental Policy Act, and public lands management statutes. John is excited to use his litigation experience to help protect wildlands, wildlife, and waters here in Oregon, where he has made his home for over a decade.

In his free time, John has climbed many Cascade peaks and explored many of Oregon's wilderness and roadless areas. He looks forward to seeing even more of the state's diverse landscapes and ecosystems as part of the Oregon Wild team.