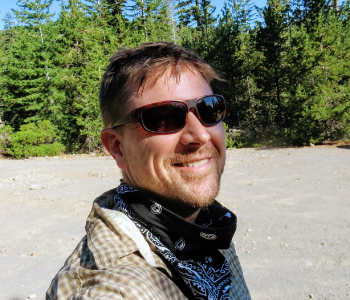 Jonathan Jelen first joined Oregon Wild in January 2008 as the organization's Old-Growth Campaign Coordinator. After working as a counselor with a homeless services organization in his hometown of Chicago, Jonathan found himself reading everything he could get his hands on about the effort to protect the Arctic National Wildlife Refuge from oil and gas drilling. He knew he had to be part of it and decided to switch careers.

So in 2001, he took his first job in the environmental field with AkPIRG (Alaska Public Interest Research Group). After then directing canvass offices for New Mexico PIRG and OSPIRG, he moved to Portland to direct fundraising efforts for over 20 environmental groups nationally. He then served as Environment Oregon's Field Director where he worked on a variety of issues including the Mount Hood Wilderness bill and the passage of Oregon's Renewable Portfolio Standard.

With experience working on a wide variety of issues, it became apparent to Jonathan that conservation and wildlife issues were really what most pulled at his heartstrings. As the Old-Growth Campaign Coordinator, Jonathan worked toward permanent protections for old growth and was a co-author of the global-warming report "Climate Control: How Northwest Old-Growth Forests Can Help Fight Global Warming." Now, as Oregon Wild's Development Director, he directs his passions toward building the critical financial resources and community support Oregon Wild needs to protect and restore our state's wildlands, wildlife, and waters.

Always drawn to the outdoors, Jonathan particularly enjoys the dry forests and deserts of central and eastern Oregon. He spends as much of his free time as possible exploring Oregon's wildlands - including completing the 50 Wilderness Hikes Challenge to hike in every proposed and existing Wilderness in the state. Jonathan also loves writing, playing basketball, reading up on wolves, being an unapologetic beer snob, and seeing live music.