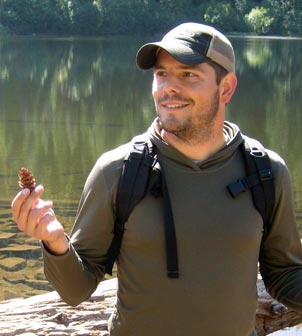 Executive Director Sean Stevens joined the Oregon Wild team in August of 2007. Before taking the Executive Director helm in May 2012, Sean served as the organization's Director of Communications & Development, working with conservation and development staff to spread the good word about Oregon Wild and our work to keep the state a special place.

His job is made easier by the fact that Oregon is filled with incomparable outdoor beauty and thousands of dedicated activists who know the value of taking action to protect the place they love.

Sean is a lifelong Oregonian who grew up rafting and fishing with his grandparents along the Rogue River and camping in the Cascades with his parents and siblings. He can't imagine a more rewarding job than working to protect the special places found in the state he loves and has always called home.

A Portland soccer fan, Sean is a member of the “Timbers Army" (though he leaves the chainsaw-wielding to the Timbers mascot). Sean spends his free time exploring Oregon's outdoors with his wife Kelly.