Andy Kerr on the Westerman Bill 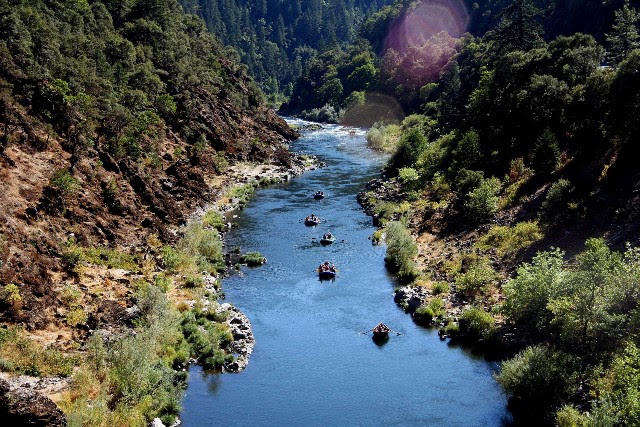 Who wouldn’t want “resilient” (“able to withstand or recover quickly from difficult conditions”) forests? With the name Resilient Federal Forests Act of 2017 (HR 2936), what could possibly be wrong with this bill?

Everything. Judge neither a book by its cover nor a bill by its name.

Introduced by Representative Bruce Westerman (R-4th-AR), the bill is the timber industry’s dream legislation. In only his second term in Congress, Westerman has received more campaign contributions from Big Timber than any other industry.

Most particular to the Pacific Northwest, the bill would abolish the survey-and-manage requirement of the Northwest Forest Plan and repeal the “eastside screens” that have protected large trees on eastside (non-spotted owl) Oregon and Washington national forests.

The Westerman bill would effectively transfer all road rights-of-way on BLM lands in western Oregon to private timber interests.

The Westerman bill would statutorily require that 500 million board feet of logs be sold each year off of the O&C lands. (The 2016 BLM resource management plan says a maximum of 278 million board feet annually could be logged and that’s only if you don’t mind older forest being clear-cut, scenic views being marred, watersheds being fouled, and wildlife being displaced).

Let’s focus in, in particular, on the part of Sec. 913 that says

All of the public land managed by the Bureau of Land Management in the Northwest District, Roseburg District, Coos Bay District, Medford District, and the Klamath Resource Area of the Lakeview District in the State of Oregon shall hereafter be managed pursuant to title I of the Act of August 28, 1937 (43 U.S.C. 1181a through 1181e). [emphasis added]

These fifty-seven words would

A big question is how the four members of Congress from Oregon who are Democrats will vote on the bill. Representatives Peter DeFazio (D-4th-OR), Earl Blumenauer (D-3rd-OR), Kurt Schrader (D-5th-OR), and Susan Bonamici (D-1st-OR) all need to hear from their constituents now. E-mails, phone calls, personal visits to their offices, attending their town hall meetings, and speaking to them while they are out and about in their home district are all appropriate and necessary.

Big Timber has long had the goal of exalting the O&C Lands Act of 1937 to override any and all other federal law—making it a combination the 11th Commandment and the 28th Amendment, if you will.

The battle for the heart and soul of low-elevation older (mature and old-growth) forest in western Oregon is joined. The timber industry has not been successful in court; will it be successful in Congress?

I am reminded of the words of that great environmentalist Thomas Paine, who said (now I’m recalling this from memory so it may not be exactly how Tom said it):

These are the times that try people’s souls. The summer soldier and the sunshine patriot will, in this crisis, shrink from the service of their planet; but s/he that stands by it now, deserves the love and thanks of man, woman, descendant, forest, watershed, viewshed, and wildlife.

Big Timber, like hell, is not easily conquered; yet we have this consolation with us, that the harder the conflict, the more glorious the triumph.