THE END OF JOURNEYS WITH JOURNEY? 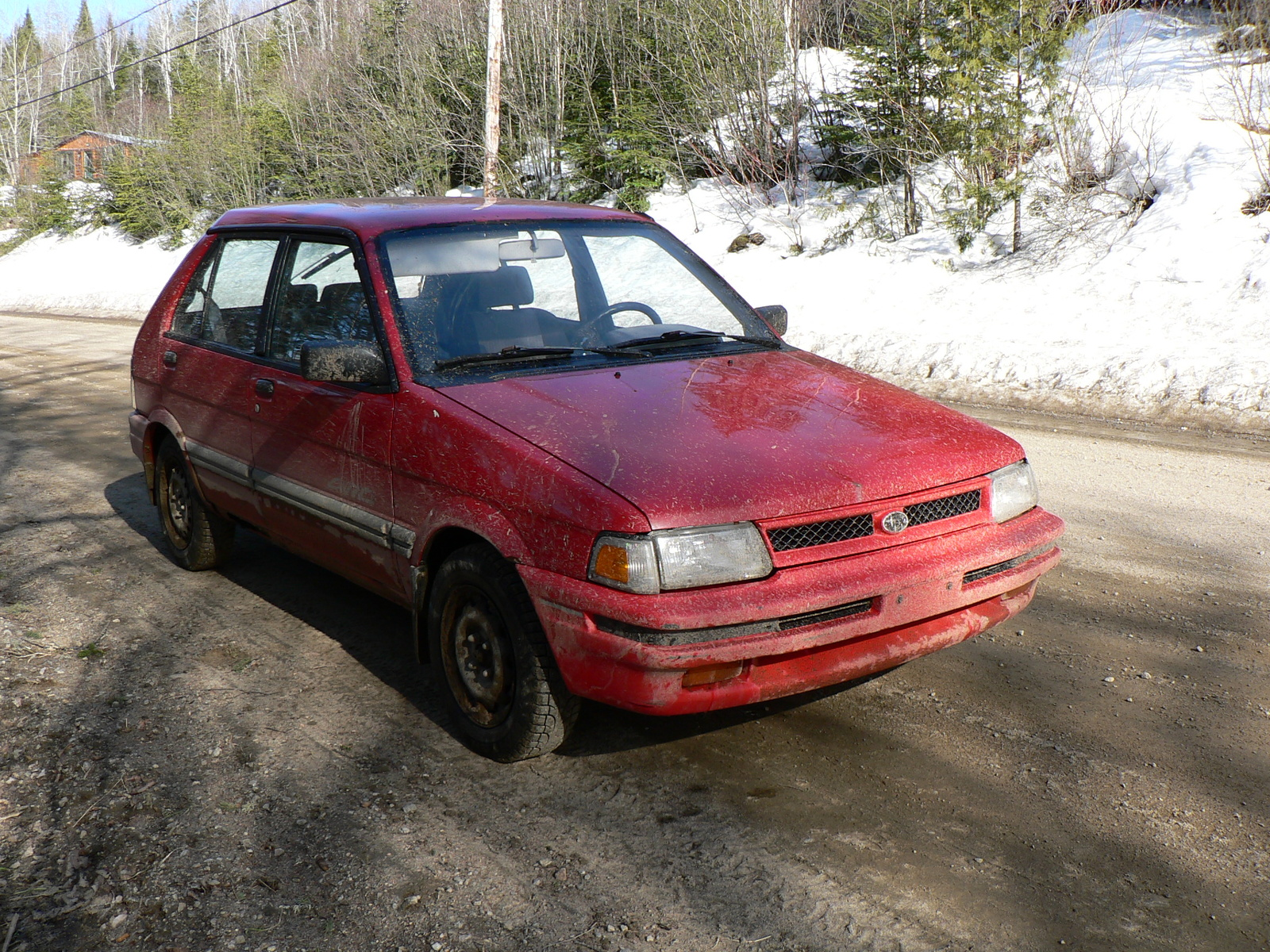 Oregon Wild intern “Kevin” is leaning against his dusty 1990 Subaru Justy, sweat beading on his forehead. The 22-year-old San Francisco native and part-time Uber driver, and his colleague “Phillip” (neither wanted me to use their real names), have driven all the way to Montana in search of megafauna  - large animals - to help bolster Oregon’s population of native species. Unfortunately, they weren’t quite prepared for what this would entail.

A 700-lb grizzly bear, heavily sedated, is crammed only one third of the way into the tiny hatchback. It’s becoming increasingly clear to the activists that even if they get the massive predator into the vehicle, it will be a long, uncomfortable drive back to northeast Oregon.

This is Kevin’s third year taking part in Oregon Wild’s Wildlife Relocation Program (WRP), or “werp” as it’s more commonly known. He is showing the ropes to Phillip, a dreadlocked Eugene native who is new to the program but at least two decades older than Kevin. Tracking down and relocating large megafauna from other states and regions to re-wild Oregon has long been a rite of passage for young activists, though it has increasingly become attractive to older environmentalists like Phillip who are looking to make a difference in the Age of Trump.

Both Kevin and Phillip receive a small stipend for their work thanks to grants from the George Soros Re-Wilding Institute and United Nations, though it wasn’t always so. In the first years of wolf translocation, funding for citizen wildlife relocation was hard to come by. One of the first activists from Wallowa County was shuttling wolves one-by-one from Idaho, in the sidecar of a motorcycle. Now the program is able to provide a small stipend, as well as gas and lodging for interns on WRP excursions, though it still lacks a dedicated transport vehicle. Kevin was selected for his internship in part because he owns his own car.

“I bet this was easier when it was just wolves,” Phillip sighs, and surveys the area for a large branch to help serve as a lever. By this point the two men have spent the better part of an hour trying to get the bear into a car roughly half its size.

While the logistics of how to transport a massive wild carnivore across the country is a conundrum that Oregon Wild activists have been grappling with for years, there is a new urgency to their efforts. Legislation introduced in the Oregon House of Representatives, HB 3232, seeks to undermine their work by making it illegal for citizens to transport animals like grizzly bears and wolves into Oregon without explicit permission from the state’s wildlife commission.

Oregon Representative Sal Esquivel (R-Medford) spoke in favor of HB 3232 in a March hearing in front of the Oregon Agriculture and Natural Resources Committee. He cited the appearance of OR-7, or “Journey,” Oregon’s famous wandering wolf, and his Rogue Pack in southern Oregon as evidence the legislation was needed. “I suspect someone put them there,” he testified. HB 3232, Esquivel claimed, was urgently needed in order to put an end to the citizen wildlife relocation programs that are responsible for the wolves.

Elisa Ternkowski, who administered the WRP for Oregon Wild from 2004 to 2015, says Esquivel is absolutely right. “Everything you know about Journey is fake news,” she confesses, referencing the extensive media coverage and documentary films that traced the wolf’s supposed 2,500 mile odyssey from northeast Oregon to California, then back to Crater Lake. “We put him there.”

“Anyone who has ever seen a wolf knows they don’t disperse,” she continues. “They just sit there, staring blankly at you. They can barely even walk. We knew if we were going to get wolves back into Oregon, we were going to have to do it ourselves.” And so the WRP was born, first recruiting volunteers to take wolves across the Snake River from Idaho, then a few years later hiring official re-wilding interns to distribute the animals across the state.

OR-7 was a particular challenge, explains Ternkowski, because he was outfitted with a GPS collar. She knew that wildlife officials monitoring the wolf would be suspicious if the animal accelerated to 60 miles per hour, or traveled through heavily populated areas.  She and her interns had to build a complicated harness and backpack, then took turns carrying the sedated 90-lb wolf through many of Oregon’s most remote and unroaded wilderness areas.

“It was like that movie Weekend at Bernies,” she recounts wryly. “But we learned our lesson after Journey. No more wolves with GPS collars.”

After carrying OR-7 across thousands of miles of rugged terrain, the WRP relocated the rest of the Rogue Pack by car.  “It took about three weeks to move them all,” she says.  “We could only fit one wolf at a time in the back of my Prius.”

Though Oregon’s last official count of wolves is just over 100, Ternowski says the real number is closer to 20,000. “You can’t go out to your mailbox in Oregon without seeing a wolf. They are everywhere.” She says Oregon Wild’s program has now relocated over 300 of the wolves to Rep. Esquivel’s district, using a fleet of old Subarus and Ternowski‘s Prius.

Building upon their success with wolves, Oregon Wild has moved on to grizzly bears, identifying the largely unoccupied swaths of Hells Canyon in Wallowa County as the most suitable habitat for the ferocious animals. That county’s commission recently posted a 2017 declaration on their website welcoming grizzly bear relocation to the region.

Standing beside the dusty Subaru, Kevin and Phillip reflect that this could be the last ride of the WRP if Rep. Esquivel has his way. “It’s the end of an era,” Phillip laments, while using his iPhone to take a selfie beside the grizzly’s twitching backside. “But we have to try while we still can. How else are these animals going to move around?”

While this is a satirical article posted for April Fools Day, HB 3232 is real and got a hearing in the Oregon Legislature.