A Eulogy for OR-4 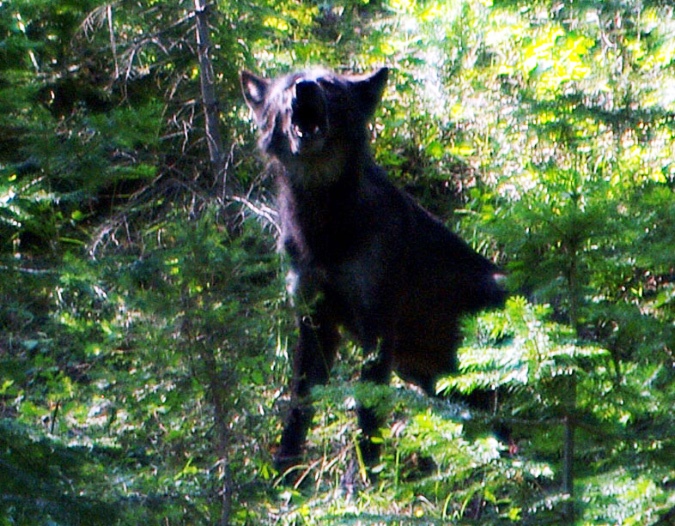 We met three times, but I imagine that I barely registered in his life.

To him I was no more than an occasional scent on his trail or the source of a tortured imitation of a howl.

But to me, no nonhuman animal ever has been or likely ever will be as important or consequential in my life as OR4.

He escaped kill orders and poachers. He endured at least 4 collarings and he beat the odds. There aren’t many ten year old wolves out there. Today there is one less.

OR4 was shot and killed today. And it hurts. Anyone celebrating his death, the killing of his likely pregnant partner, and two of his pups, must have a hardened heart indeed.

He became a symbol for those who revere wolves as well as for those who hate them and hate the wild. Even some of the most cynical wolf haters paid him begrudging respect.

He was imperfect. He challenged us. He was loud. But he was tough and he was tenacious. He was resilient, and he was a good father.

OR4 and his partners OR2 and a wolf known as “Limpy” leave behind an unparalleled legacy. His offspring include OR7, the first pups in California in nearly a century, OR3, and wolves both known and unknown quietly living their lives and retaking their rightful place on the Oregon landscape.

He never set paw in Salem or DC, but for better and worse, he had more impact on policy and politics than any animal I know of other than Cecil the Lion.

He also leaves behind questions. Lots of questions. Questions about our future - the future of his offspring...and ours.

Above all, as I heard the helicopter take off near my home this morning, I wondered if our society will leave room for the wild on the landscape…and in our hearts. 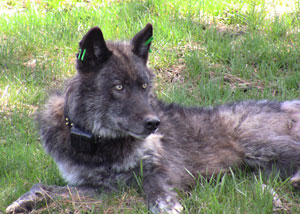 Despite his collars and dayglo ear tags, OR4 was wild.

OR4 is dead, and we killed him.

But we’ll keep fighting for his legacy as imperfectly and tenaciously as he did.

The story of Oregon’s biggest and baddest wolf didn't end in “happily ever after”. But the story for wolves and those of us who value the wild is still not fully written. It’s a new chapter. I’m no starry-eyed optimist. So I'll stubbornly cling to hope and tenacity.

The alternative is surrender. OR4 was no quitter. And we shouldn't be either.

And he was annoying to those who hate the wild. We should be too.