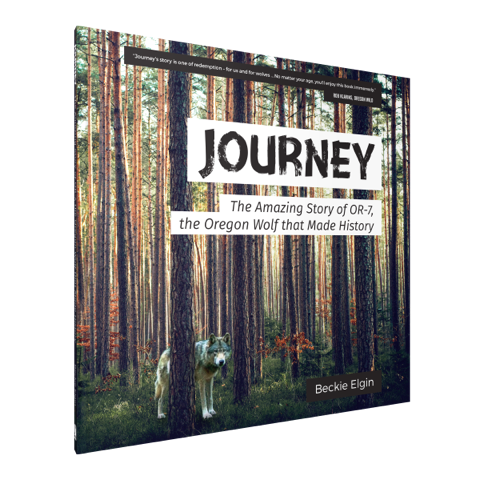 The world's most famous wolf has made it to another historic destination: literature. His story of dispersal from Northeast Oregon to find a mate and traveling over 3,000 miles across the Cascades and into California and back inspired young and old across the globe, including two authors from Oregon and California. You can now bring the story of OR-7 (Journey) into your home with the following beautiful publications.

Journey:
The Amazing Story of OR-7, the Oregon Wolf that Made History
By Beckie Elgin

About the book courtesy of Inkwater Press

Join the adventures of the famous wolf OR-7, also known as Journey, as he trots across the landscape of the Pacific Northwest into territories that have not seen his kind for nearly a century. Follow this remarkable animal as he searches for, and finally finds, what he was seeking during his three-year, 4,000-mile trek. Along the way, you’ll discover fascinating facts about wolves and meet the humans that had a role in Journey’s quest. Enjoy the many photographs, maps, and sketches that help tell the tale of this courageous wolf. Journey: The Amazing Story of OR-7, the Oregon Wolf that Made History was created for middle-grade readers but will be appreciated by everyone with an interest in wolves and a desire to better understand these complex and essential canines.

Journey's story is one of redemption - for us and for wolves...No matter your age, you'll enjoy this book immensely.

Journey
Based on the True Story of OR7, the Most Famous Wolf in the West
By Emma Bland Smith; Robin James (illustrator) 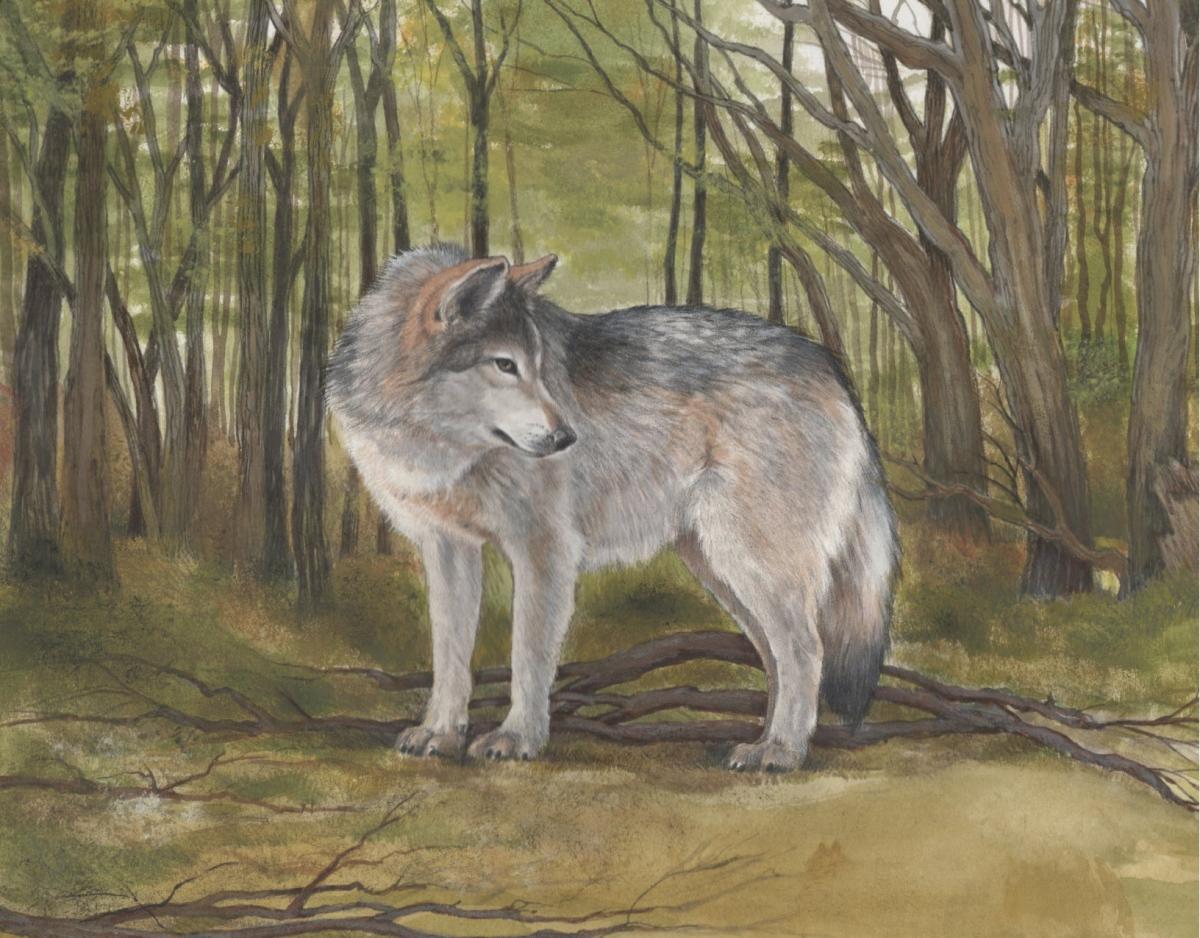 About the book courtesy of Sasquatch Books

This beautiful picture book follows the journey of a young gray wolf who garnered nationwide attention when he became the first wild wolf in California in almost a century. Using facts recorded by Fish & Wildlife scientists, author Emma Bland Smith imagines the wolf’s experiences in close detail as he makes an epic 2,000-mile trek over three years time. The wolf’s story is interwoven with the perspective of a young girl who follows his trek through the media. As she learns more about wolves and their relationships with humans, she becomes determined to find a way to keep him safe by making him a wolf that is too famous to harm.

Emma Bland Smith is a librarian and writer living with her family in San Francisco. This is her first book for children. She has written a nonfiction book for adults, San Francisco’s Glen Park and Diamond Heights (Arcadia), has contributed to Sunset and other magazines, and writes for the family website Red Tricycle.

What about OR7’s story inspired you to write Journey?
After I read about OR7’s travels in the newspapers, I did some online research and was saddened to learn about how viciously and thoroughly gray wolves had been persecuted and exterminated in the United States. I wanted to let more people know about this wonderful animal and the inroads it was making into recovery. I was also intrigued by the aura of mystery surrounding OR7. Biologists weren’t exactly sure why he had roamed so unusually far from his home. I thought that trying to get inside his mind and write from his perspective would be a fun and rewarding challenge—and it was! Lastly, the story of Oregon Wild’s naming contest is a huge part of the book. I wanted to incorporate the idea that kids can make a difference and be part of animal conservation.

In researching OR7’s story, what surprised you most about wolf ecology and conservation?
Learning how much wolves contribute to the health of their habitat was an eye opener. Some of us—like myself!--might be drawn to the romantic notion of bringing wolves back to areas where they used to live. But on a purely ecological level, wolves have an essential role. I was amazed by the studies showing the huge positive environmental impacts wolf recovery has had on areas in Yellowstone Park. We’re only at the beginning of the process in Oregon and California, so it will be interesting to see what the effect will be.

As Oregon’s wolf population continues to recover, how do you foresee Journey contributing to their protection?
Conservationists have known about OR7 for years, but most people I talk to have never heard of him, or only vaguely remember reading about him in the paper. I’m hoping that this book will bring the subject of wolf recovery to the attention of a whole new mainstream audience. I think it’s almost impossible to read the details of OR7s story and not be impressed with his perseverance, and not to hope for his success and for other wolves to follow in his footsteps. The book has a lot of information incorporated into the story, as well as a lengthy nonfiction section at the back, with a timeline, photos, and map. I think that if enough adults share this book with their kids, who love animals and have open minds and hearts, we can have a new generation intent on bringing wolves back to Oregon and California.

If readers were to come away with one message from Journey, what would you like it to be?
I would like readers to believe that we can co-exist with wolves, as long as we work to set aside habitat for them. Wolves were almost rendered extinct in the United States because people thought this country was not big enough for the two species. But today we know that it is, and that wolves are not bloodthirsty monsters out to get humans. OR7 was able to make his journey because of the existence of various parks and natural roadless areas, that he pieced together in a corridor. But if we’re not careful, these lands will be crisscrossed with roads and spoiled by human habitation. We can live with wolves, if we make an effort to preserve land for them where they can be themselves, far from humans—“vast stretches of wilderness, not too many roads, and not too many farms—just right for wolves,” as I wrote in the book. This land exists in Oregon and in Northern California. Let’s make sure it remains safe!