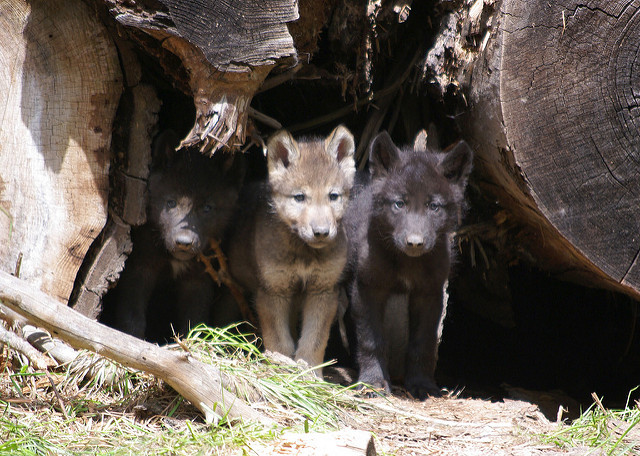 We hope the summer is treating you well and that you’re enjoying time outdoors (perhaps even in wolf country!). Here in Oregon, there’s some exciting news out of Mt. Hood....

New wolf pups! A trail camera located on the reservation for the Confederated Tribes of the Warm Springs revealed that the White River wolf pack has welcomed six new pups to their family. Here is adorable footage of them romping around. Be sure to turn your volume on so you don’t miss their little yaps!

Thank you to everyone who submitted a public comment to the US Fish and Wildlife Service (USFWS) in opposition of their proposal to delist wolves. In partnership with many organizations across the country, pro wolf citizens submitted over 1.8 million comments in favor of keeping protections. That’s an impressive amount! Additionally, over 100 independent scientists sent a letter to the Service letting them know that their plan to remove protections is flawed, premature, and not supported by sound science. Now that the comment period is officially closed, USFWS will begin the process of reviewing comments, scientific input and more to determine if wolves across the country should lose their Endangered Species Act protections. Stay tuned for future alerts letting you know what they decide.

Finally, Oregon Wild recently partnered with Soul River Inc.--an organization that uses outdoor exploration (deployments) as a way to bring together veterans and inner-city youth-- on a wolf-specific expedition. Out in Wallowa County, the group spent several days learning about wolves, exploring wolf country, and getting a deeper understanding of the human dynamic (and various perspectives) on wolves’ return to Oregon. Pictured below is a photo of a wolf track taken on our deployment.

While not Oregon specifically, we’re thrilled to see the successful birth of a Southern Resident Killer Whale (SRKW) in Puget Sound. These orcas, which are highly endangered, have been very unsuccessful in birthing calves in the last several years. Many factors have led to the rapid decline in this particular population of orcas, but among the highest is loss of an adequate supply of Chinook salmon-- the SRKW’s main prey base. After the heartbreaking event in which J35 pushed around her deceased calf for 17 days, the recent birth of J56 is definitely a cause for celebration.

Oregon Wild has been a vocal advocate for reforming our state’s fish and wildlife agency. Our colleagues at the Humane Society of the United States recently published an opinion editorial highlighting another example of mismanagement and misdirected priorities at the Oregon Department of Fish and Wildlife.

It’s not too early to get your tickets to Oregon Wild’s biggest benefit of the year! We hope to see you there, showing your support for Oregon’s wildlife and wild places.