Legacy of a Dead Wolf 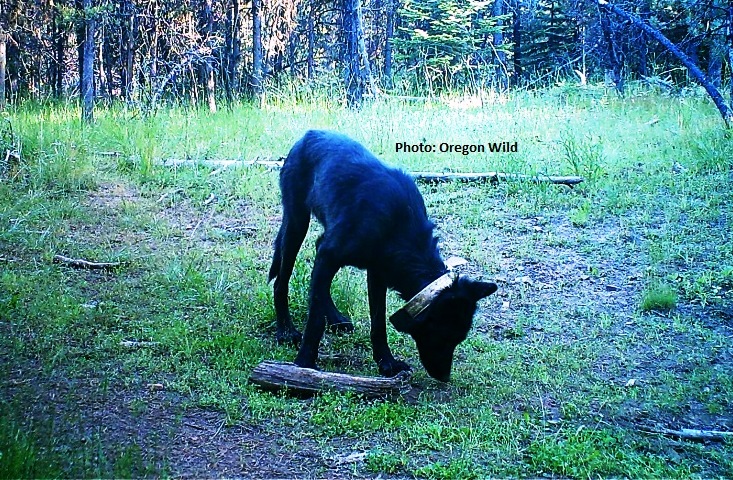 I love my jobs. Except when I don’t.

I am privileged to be paid a modest salary fighting for public values that are also my own. My wife and I (mostly my wife) also run a small farm and bed and breakfast in one of the most spectacular landscapes in North America.

Thanks to the wisdom of those who came before us, over one million acres of my county is publicly owned – some of it protected as the Wilderness that it is. I’ve got a pretty good life and a great back yard!

Even so, sometimes I need an escape. Each year, as another busy tourist season winds down, my wife and I clock out and become tourists ourselves.

As soon as I can, I turn off my phone and shut down my computer. We head to Ashland where we meet old friends, eat good food, and binge on plays at the Oregon Shakespeare Festival. One play at a time we enter different worlds and detach from our own.

The disconnection from reality is intentional and good. 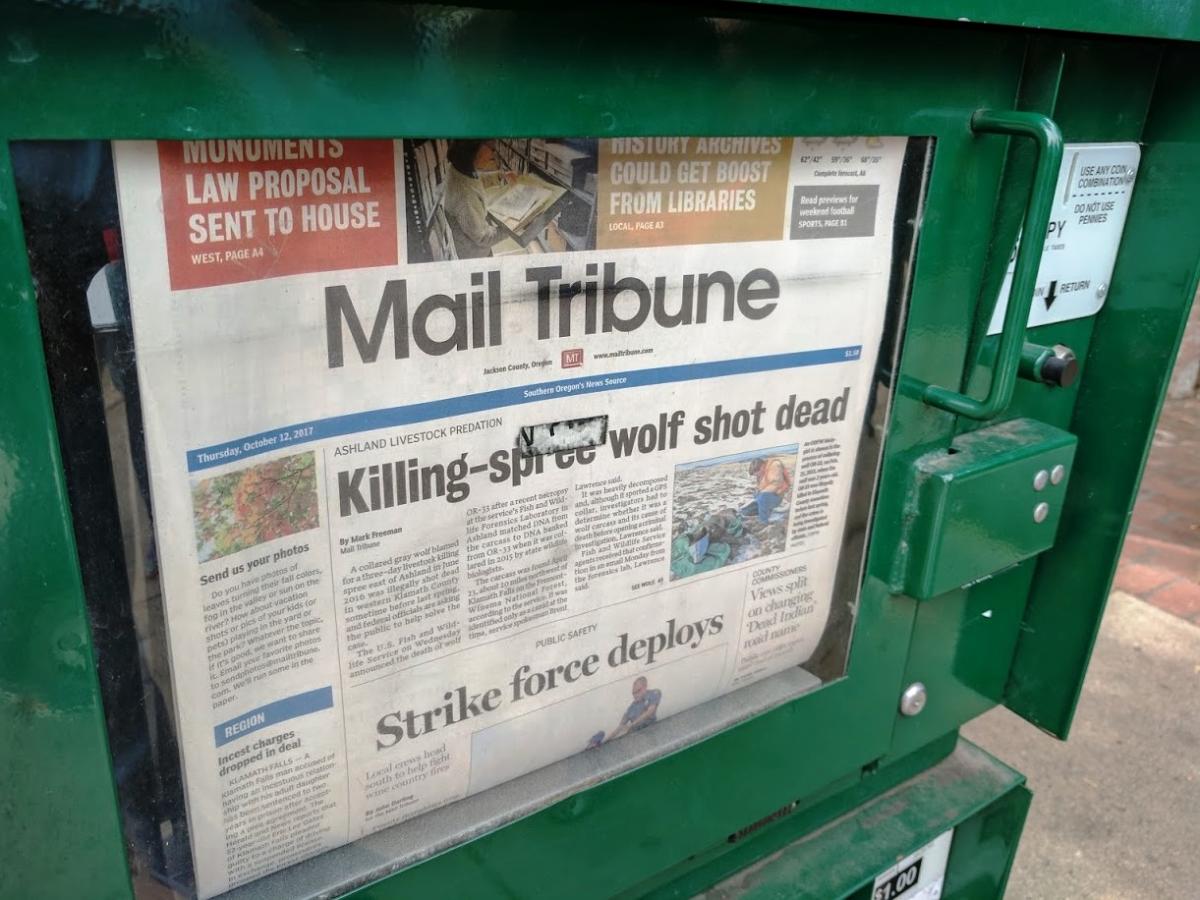 This year, it seemed wolf conflict followed me everywhere. A friend called after being verbally assaulted and physically threatened for having the audacity to speak his mind in a public place. Nearly every play referenced the thousands-year old trope where wolves are symbols of danger and evil. One even had an entire scene about (metaphorical) wolf hunting.

Then, the first morning, walking down the street, I encountered a newspaper box that blared the news – Goat killing wolf shot dead!

OR-33 - a wolf I knew - had been killed by a gutless poacher. He’s not the first. He won’t be the last. And, based on the track record of the agencies responsible for finding his killer, there will be no justice. So far, only two wolf poachers in the Northwest have received any punishment. One turned himself in. The other tried to ship a package that was literally leaking blood on the counter.

OR-33 was born and raised in the wildlands of Wallowa County. Like most wolves, he began beating the odds the day he was born. I suspect he is the only survivor of the Imnaha Pack’s “Lost Litter” of 2013.

The Lost Litter
The Imnaha and Wenaha Packs were Oregon’s first in the better part of a century. The breeding female of the Imnahas had many names. In Idaho she was B-300. ODFW dubbed her OR-2. Many of her admirers called her Sophie. 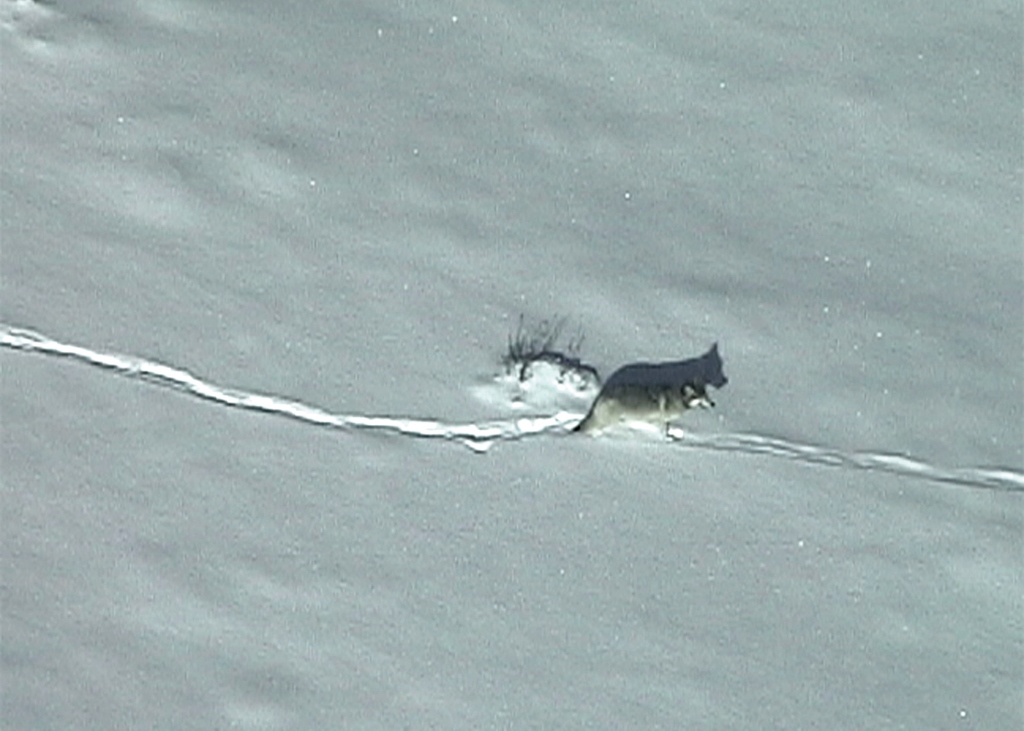 The first wolves to return to Oregon in the late 1990’s were shot by poachers, hit by cars, and relocated to Idaho. Nearly a decade later, a photo of B-300 walking through the snow marked the beginning of a permanent known presence of wolves in Oregon.

Looking carefully at that 2008 photo, it appears she is not the one blazing the trail. We wonder – was she following the tracks of her eventual mate, OR-4? We’ll never know. But the pair – and their pups from five litters – have played an outsized role in the story of Oregon’s wolf recovery.

Their 2013 litter was to be their last together.

In an iconic photo taken in July of 2013, a group of pups were photographed in a stockpond on the Wallowa Whitman National Forest. Not long after, OR-2’s collar signal disappeared. She was never documented again. Her fate remains unknown. None of the 7 pups were seen again. They became known as the Lost Litter.

The next year, OR-4 partnered with another wolf. This time it was a female with three working legs. They failed to successfully raise their first litter to adulthood. But a black yearling – OR-33 – was on the scene.

Had one of the Lost Litter had survived? 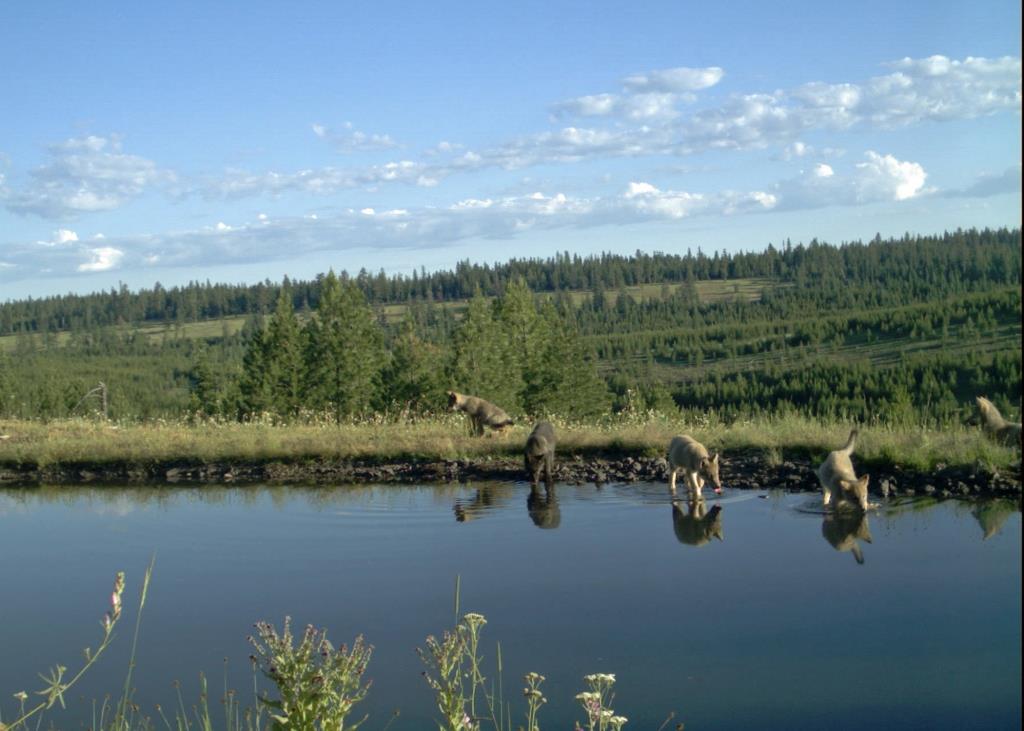 As his geriatric father and his crippled mate declined, OR-33 appeared to become the main provider for the family. The 2014 litter also failed, but OR-33 helped raise the 2015 pups until he dispersed that fall. Sadly, the pups he helped bring through their first six months never made it to their first birthday.

Not long after his departure, the Imnaha pack was usurped by an unknown group of wolves. Left with few options other than eating livestock, OR4, his pregnant partner, and their two yearlings were shot to death by ODFW staff in a helicopter paid for by taxpayers.

The thought of OR-4 being chased by a helicopter while his family was killed around him one-by-one (wearing a collar, he would have been killed last) is a sobering one indeed.

Like his more famous brother Journey, OR-33 likely travelled over a thousand miles in search of a mate. Though his journey didn’t result in the media attention, plays (yes, there is a stage play about OR-7), art installations, and movies, it was no less impressive.

Those are just a few of the stories we know. But because he once killed some goats near Ashland, it’s as though it never happened. His existence was reduced to being a goat killer and then the victim of a cowardly poacher.

It’s no accident. I’m not the only one trying to escape reality. The public face of the Oregon Department of Fish and Wildlife has lately made it their mission.

Escaping Reality
When the agency decides to kill wolves or make similarly grim announcements, the news is often released as late as possible on a Friday afternoon. When ODFW authorized up to 18 people to carry out a wolf hunt using illegally-obtained taxpayer-funded telemetry equipment, it was only news in Wallowa County and to those who read agricultural newspapers. Inconvenient facts were not shared. For most Oregonians, it never happened. Mission accomplished!

When wolves like OR-33 are illegally or “accidentally” killed, the public isn’t informed until weeks or months later. But if a wolf raids a chicken coop or kills a goat? ODFW puts out a release. The story is instantly news. Heck, out here, sometimes it's even front page news when someone thought a wolf killed something.

The stories of wolves being wolves and not getting into conflict the other 350 days a year is rarely shared. Those stories would make the decisions to kill wolves all the more awful to a public that sees living wildlife as valuable and rejects wolf killing except as a last resort. Stories sanitized of any hint of sentimentality towards wolves are the goal. 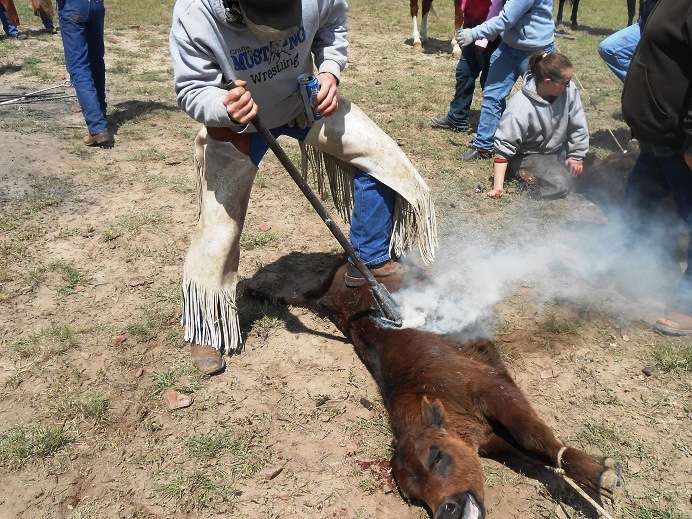 I am confident this blog post will be shared on anti-wolf social media. It will result in threats and mockery by the same people who expect, get, and arguably deserve sympathy for the emotional toll they claim to suffer when an unattended cow is eaten by a wolf. These are the same interests that lament the suffering of the cows themselves when they are eaten by wolves...notably, the same cows they burn with hot irons, leave unattended and unprotected (often on public lands), and then ship off to feedlots and slaughterhouses.

Stories about wolves that don’t involve conflict are inconvenient for those who want to kill more wolves and reframe the deed as a “harvest”, “take”, “management”, or using another “tool in the toolbox”.

That’s not my reality.

When he encountered a friend of mine, like his father, OR-33 defiantly barked for a moment and then put his tail between his legs and ran away (click here for video). I remember being thankful for a fitful night sleep in my tent as I woke to his howls no less than four times in one night. I saw a group of people feel joy and excitement when they saw his tracks on the trail and then his photos on a trail camera. I saw people shed tears when they heard his distant howl on a June afternoon.

I’m growing tired of writing eulogies for every wolf I’ve ever come to know. “Know” is overstating it. But of all the wolves I’ve been privileged to have some deeper understanding of, not a single one has yet died a natural death. I am sad OR-33 has joined the list.

I’m not embarrassed by that. And I am not alone. 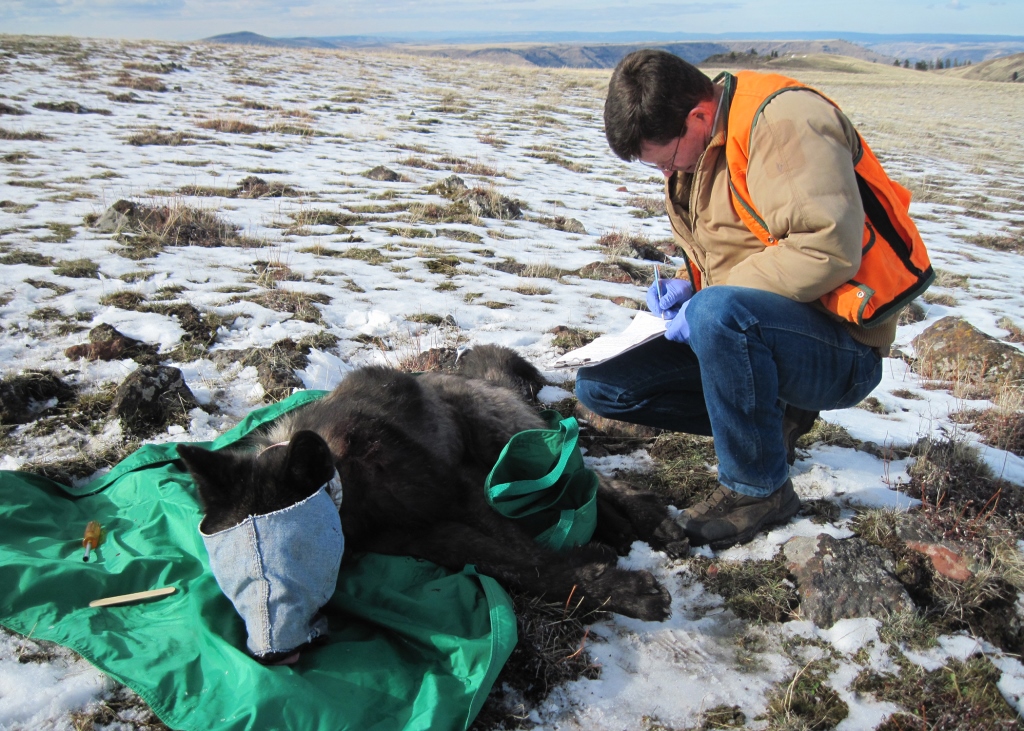 Wolves belong to all of us. Creating space for native wildlife to thrive isn’t an onerous burden. It’s a responsibility we all share.

Not So Happily Ever After
With a lack of leadership from our Governor Kate Brown, I fear this is becoming the new normal for Oregon. More dead cows. More dead wolves. More angry people. Rinse. Wash. Repeat.

Next year, I’m afraid I’ll go to Ashland again to escape the horror of another season of livestock conflict and wolf killing. That escapism will be intentional. It will be good for me and my family.

Next year ODFW and those who support wolf killing will try to escape reality too. That will be intentional. But it will not be good for anyone.