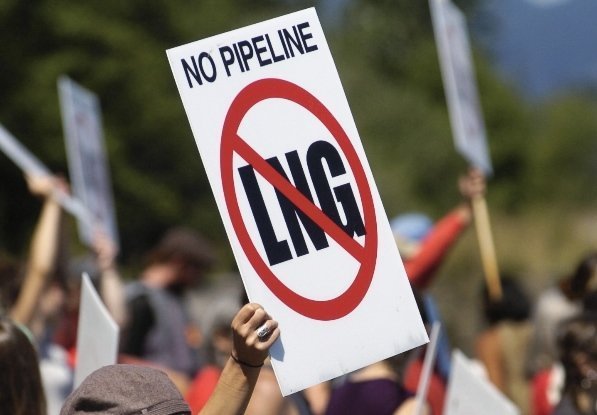 The oil and gas industry has tried to green their image in recent years by promoting natural gas as a clean, domestic source of fuel. Unfortunately, liquefied natural gas (LNG) is just another fossil fuel contributing to carbon pollution and global warming.

Large new sources of natural gas are being produced in the Rocky Mountains from Wyoming into Canada. This gas is flooding the market and driving down the cost of energy, which has good and bad consequences. It reduces energy costs for consumers, but it also reduces incentives for development of renewable energy sources. The powerful corporate interests who are sitting on large quantities of natural gas are unhappy with declining prices and they want to reach export markets where prices are higher. This could add uncertainty to domestic markets, but worst of all they want to use Oregon as their jumping-off point. There are multiple proposals for LNG export terminals on the Oregon Coast as well as pipelines through Oregon's mountains, forests, and rivers.

What is Liquified Natural Gas (LNG)?

LNG stands for liquefied natural gas. The product travels in gaseous form from the Rockies and goes through an energy intensive process of compression and refrigeration at the port so that large quantities can be shipped on huge ocean-going tankers.

Some view natural gas as a "bridge fuel" because it produces slightly less CO2 per unit of energy compared to coal and oil. However, the main problem with LNG from a climate perspective is that the liquefaction process uses tremendous amounts of energy which directly or indirectly emits a lot of greenhouse gases. This erases virtually all the climate benefits of natural gas relative to coal and oil.

The threats to Oregon's public lands come from two types of projects: terminals and pipelines.

The Oregon Coast is a terrible place to put a LNG terminal. Located near the boundary of tectonic plates, the area is subject to periodic earthquakes and tsunamis. It is not a safe place for LNG terminals.

The LNG tankers that will visit Oregon ports are so large and so dangerous that the Coast Guard requires a large buffer zone around the ships, essentially excluding all other port activity, including shipping, sailing, and recreational fishing, when the LNG tankers are moving around.

Despite all this, at least three LNG terminals have been proposed in Oregon:

LNG terminals require new, large, high-pressure pipelines to carry gas from existing distribution lines to the terminal sites. In general, pipelines would be constructed to higher standards in populated areas, and would be required to meet much lower standards in wild areas. This means that the high pressure pipeline could rupture and send a cloud of flammable gas through tinder-dry forests. 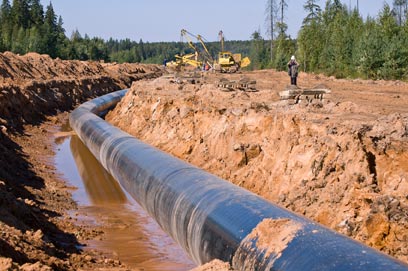 In Oregon, a few different LNG pipelines are proposed that would impact public lands.

Oregon Wild has actively participated in the decision-making process for LNG projects conducted by the Federal Energy Regulatory Commission, US Forest Service, and Bureau of Land Management, offering comments opposing their approval. We have also supported other groups such as Rogue Riverkeeper and Columbia Riverkeeper that are doing great work on these projects.