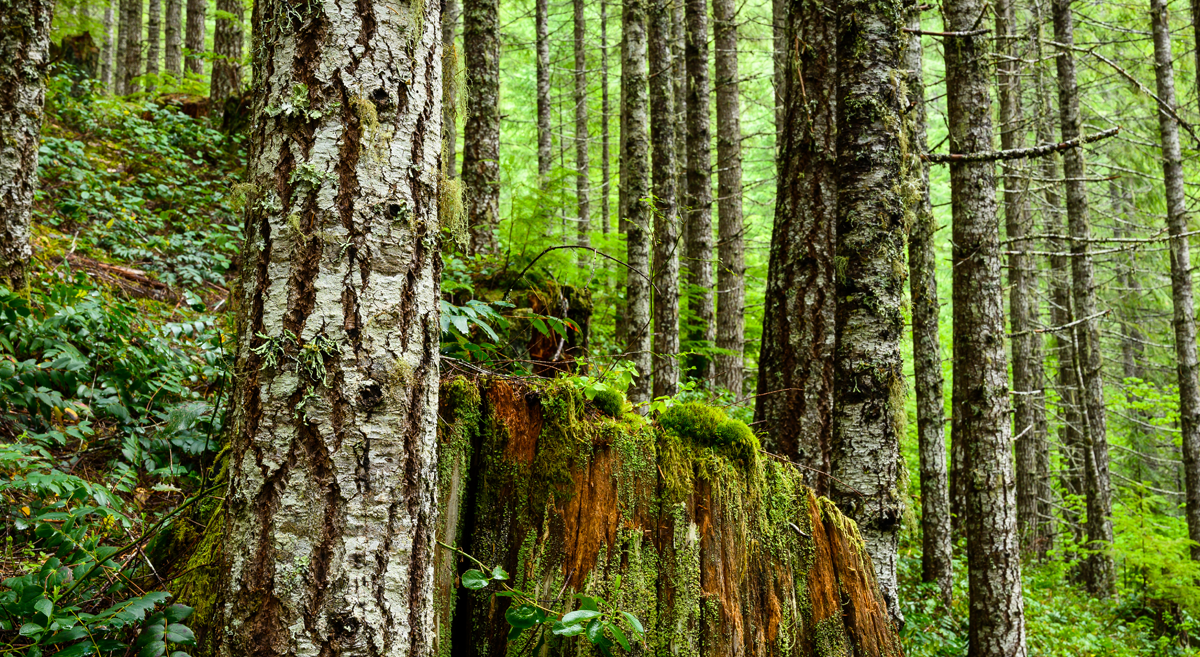 This week, Oregon Wild activists urged Oregon Senators Ron Wyden and Jeff Merkley to address concerns with the Secure Rural School (SRS) program. Although money in this program is intended as a safety-net for cash strapped counties to pay for services like schools, roads, and public safety, some county politicians had tapped the funds to pay for travel expenses and junkets to Washington DC to lobby for more aggressive logging on public lands.

In response to coverage from The Oregonian and pressure from activists, the Senators today introduced legislation that would prohibit safety-net funds from being used to lobby state and federal officials, as well as instructing the agency that oversees the funds to develop guidelines on what kind of spending is allowed.

The source of the controversy centers on Douglas County, one of the largest recipients of SRS funds. At the same time the county has been closing libraries and cutting back on other social services, the Douglas County Commission has rubber-stamped nearly a half-a-million dollars into a lobbying organization called Communities for Healthy Forests (headed by the former commissioner who voted for the funds to create it) that argues for a return to clearcut-style management on national forests and other public lands.

An ongoing investigation by The Oregonian newspaper exposed this scheme, as well as hundreds of thousands of dollars diverted from county services to the production of pro-logging propaganda and animal trapping:

The cash the county awarded Communities for Healthy Forests instead could have been used to boost the county's wildfire preparedness or pay firefighting costs, purposes allowed by Title III since it was created.

Internal and external audits have repeatedly found Title III money misspent over the last decade and urged reform. But all the recommended changes haven't been adopted.

That same Oregonian investigation highlighted tens of thousands of dollars in travel expenses, including lobby visits to Washington DC, paid for by federal taxpayers that Douglas County is either unable or unwilling to disclose the receipt for. Congressman Earl Blumenauer called for an investigation into this spending.

Wyden and Merkley’s new legislation would end the practice of using these funds to lobby, as well as require counties to disclose their SRS spending and post it online.

Unfortunately, this legislation addresses only some of the problems in the SRS program. The initial purpose of Secure Rural Schools, originally co-authored by Senator Wyden in 2000, was to help counties transition away from revenue generated by destructive public lands logging. “Decoupling” county budgets from timber receipts has led to a more productive focus on ecological restoration in many places, while providing an important safety net for counties. The newest proposed reauthorization of the bill reverses this progress and relinks county budgets to aggressive logging, exactly the result Douglas County was seeking with its extravagant spending and lobbying trips.

While Senators Wyden and Merkley are to be applauded for taking steps to end the county logging lobby slush fund, in the end, the latest version of Secure Rural Schools still rewards what almost everyone agrees is an unintended and unaccountable use of taxpayer funds.