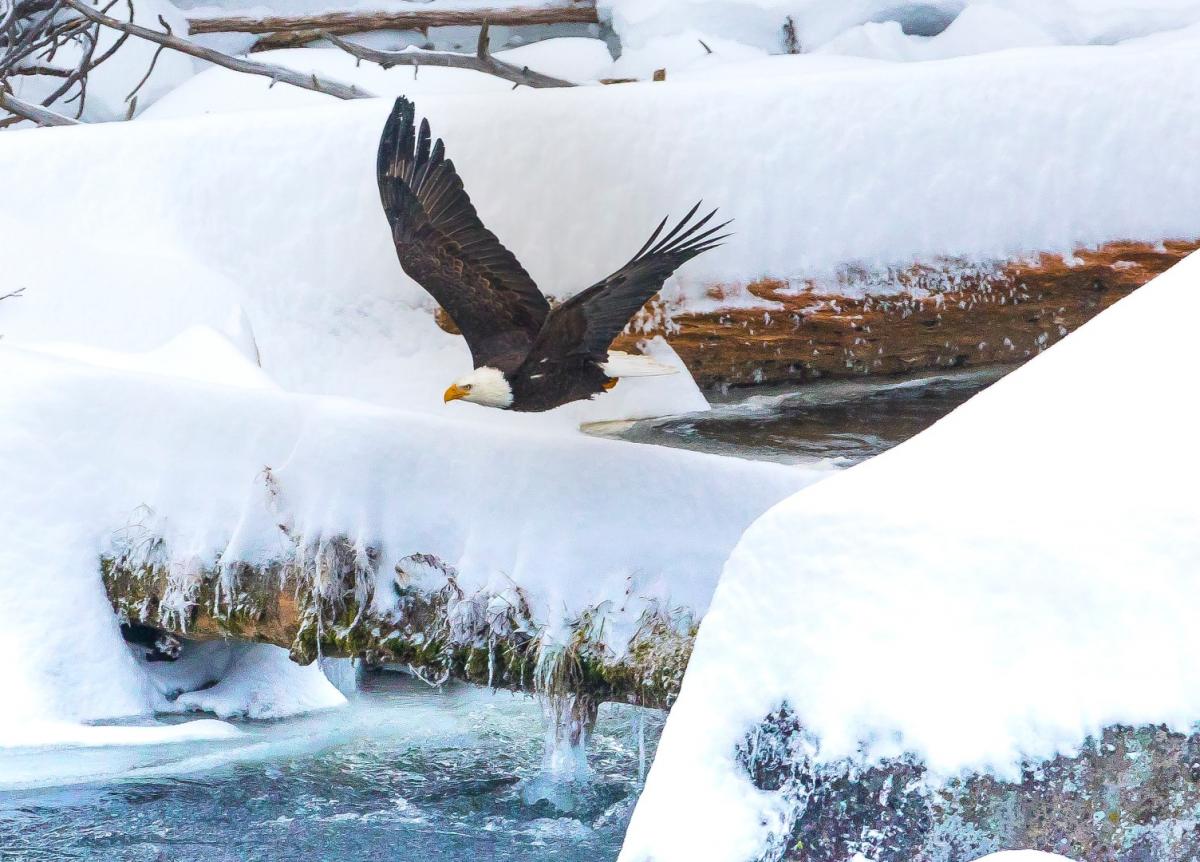 The Deschutes River is one of Oregon's most revered waterways, known for world class hiking, fishing, rafting, wildlife and more. However the river faces many long standing challenges including logging, grazing, and irrigation.

One of the newest challenges facing the Deschutes River is intensive recreation disturbance to wildlife. Some areas on the Deschutes National Forest have seen visitor use numbers jump several hundred percent in recent years.

With so many competing demands on the river we are working to find the right balance between conservation, recreation, and wildlife in the river corridor and beyond.

Fortunately the Deschutes River has a lot of friends and defenders, and has some protections already in place. Certain segments of the river have State protections (State Scenic Waterway designation) and other segments are protected as a Federal Wild and Scenic River.

Connecting Bend to Sunriver
Establishing a trail connection between Bend and Sunriver is an exciting and complex concept. There are a variety of options for how this could be done, each with advantages and disadvantages. Currently you can already hike or bike the whole route, parts of the route are on dirt roads, but it can be done. Other new alternatives include linking trails that the Forest Service and ODOT are working on. The key is to find a route that minimizes impacts to wildlife and the health of the river. Another proposal would build a bridge and increase development along a stretch of the Deschutes River just south of Bend. Map of existing bridges between Tumalo and Sunriver (24).

Wildlife
The stretch of the Deschutes River where the bridge is proposed is home to a wide diversity of wildlife including bald eagles, golden eagles, herons, deer, elk, beaver, river otter, Oregon spotted frog, and more. Increased disturbance in this stretch of river would be bad news for wildlife. The Oregon Department of Fish and Wildlife expressed concerns with the proposed bridge in this letter.

Losing Public Lands Protections
Building a bridge on the protected stretch of river would require weakening river protections afforded by the State and Forest Service. In a day and age when our public lands are threatened at all levels, whether it's Monuments in Utah, State Forests in Oregon, or Wildlife Refuges in Alaska, any weakening of public lands protections is a red flag and potential slippery slope bad precedent. Fortunately there are alternative viable options.

The bipartisan river conservation proposal for the Deschutes River would also bring different agencies together to chart a path forward and study the most appropriate route for a trail between Bend and Sunriver.

Legislation and Next Steps
The 2018 Oregon legislature considered a bill, HB 4029, to upgrade protections for the Deschutes State Scenic Waterway. On March 3, 2018 the legislature ended the short session without passing the bill. Subsequently a facilitated stakeholder process was convened by Bend Parks and Rec to seek consensus on the issue. The conclusion of this process resulted in Bend Parks and Rec Board resolution (No. 419) removing the bridge from their 5 and 10 year plans and no new legislation has not been introduced.

The City of Bend is working on a transportation plan and has convened numerous public meetings.  As of 2020 the draft city plan is considering a potential new bridge(including for vehicles) in a downstream location that is outside of the Wild & Scenic River and State Scenic Waterway designations and in a less critical wildlife zone. The bridge concept is not slated to move forward in the first phase of new transportation projects, but potentially later. This option would probably be less controversial from an environmental impact stand point but is not without some logistical and funding challenges.

Opinion article written by Oregon Wild and Coalition for the Deschutes.
Timeline of the bridge debate and protections.