Rediscovering our humanity in the wilderness 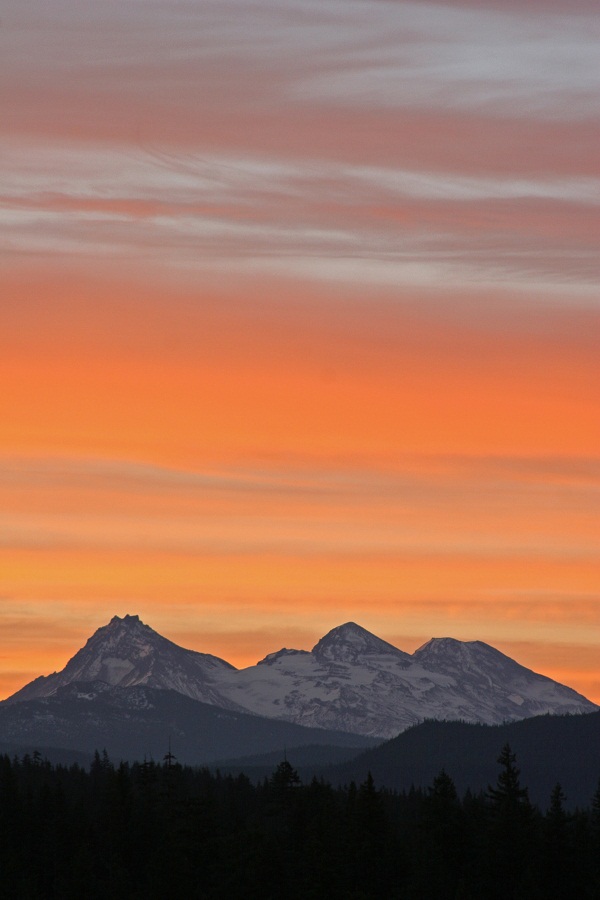 Escaping a grim world of war abroad and inequality at home, I fled with my teenage daughter to the mountains of Oregon to hike the Pacific Crest Trail and commune with more humane creatures. Like bears and cougars.

The wilderness is healing, a therapy for the soul. We hiked 145 miles, and it was typical backpacking bliss: We were chewed on by mosquitoes, rained on and thundered at, broiled by noonday sun, mocked by a 20-mile stretch of dry trail and left limping from blisters. The perfect trip!

There are very few things I’ve done just twice in my life, 40 years apart, and one is to backpack on the Pacific Crest Trail across the California-Oregon border. The first time, in 1974, I was a 15-year-old setting off with a pal on a bid to hike across Oregon. We ran into vast snows that covered the trail and gave up. Then I wasn’t quite ripe for the challenge; this year, on the trail with my daughter, I wondered if I might be overripe.

Yet seeing the same mountains, the same creeks four decades later was a reminder of how the world changes and how it doesn’t.

As a teenager, I lugged a huge metal-frame pack, navigated by uncertain maps and almost never encountered another hiker. Now, gear is far lighter, we navigate partly by iPhone, and there are streams of hikers on the Pacific Crest Trail.

Indeed, partly because of Cheryl Strayed’s best-seller, Wild, about how a lost young woman found herself on a long-distance hike on the Pacific Crest Trail, the number of long-distance backpackers has multiplied on the trail. There has been a particular surge in women.

We also saw many retirees, including some men and women in their 60s and 70s undertaking an entire “through-hike” from Mexico all the way to Canada, 2,650 miles in one season.

“There seems to be a more than 30 percent increase in long-distance hiking in 2014 over 2013,” based on the number of hiking permits issued, said Jack Haskel of the Pacific Crest Trail Association.

The attraction of wilderness has something to do with continuity. I may now have a GPS device that I couldn’t have imagined when I first hiked, but essential patterns on the trail are unchanging: the exhaustion, the mosquitoes, the blisters, and also the exhilaration at reaching a mountain pass, the lustrous reds and blues of alpine wildflowers, the deliciousness of a snow cone made on a sweltering day from a permanent snowfield and Kool-Aid mix.

The trails are a reminder of our insignificance. We come and go, but nature is forever. It puts us in our place, underscoring that we are not lords of the universe but components of it.

In an age of tremendous inequality, our wild places also offer a rare leveling. There are often no fees to hike or to camp on these trails, and tycoons and taxi drivers alike drink creek water and sleep under the stars on a $5 plastic sheet. On our national lands, any of us can enjoy billion-dollar views that no billionaire may buy.

Humans pull together in an odd way when they’re in the wilderness. It’s astonishing how few people litter and how much they help one another. In thousands of miles of backpacking over the decades, I don’t know that I’ve ever heard one hiker be rude to another.

We’ve also seen the rise of “trail angels,” who leave bottles of water, chocolate bars or even freshly baked bread for hungry or thirsty hikers to enjoy in remote areas.

On one dry stretch of trail on our latest hike, where it wound near a forest service road, we encountered this trail magic: Someone had brought a lawn chair and two coolers of soft drinks to cheer flagging backpackers. Purists object to trail magic, saying that it interferes with the wilderness experience. But when the arguments are about how best to be helpful, my faith in humanity is restored!

So when the world seems to be falling apart, when we humans seem to be creating messes everywhere we turn, maybe it’s time to rejuvenate in the cathedral of the wilderness — and there, away from humanity, rediscover our own humanity.