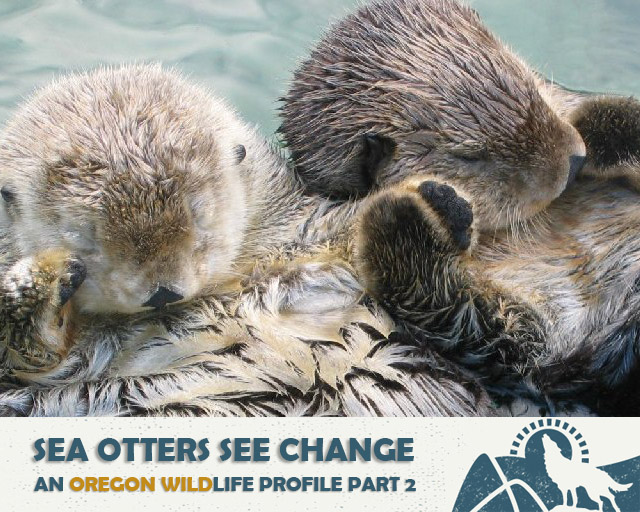 In our previous installment, we examined the basics of life as a sea otter. Now we explore the history of the species, including their brush with extinction at the hands of the international fur trade and slow recovery. 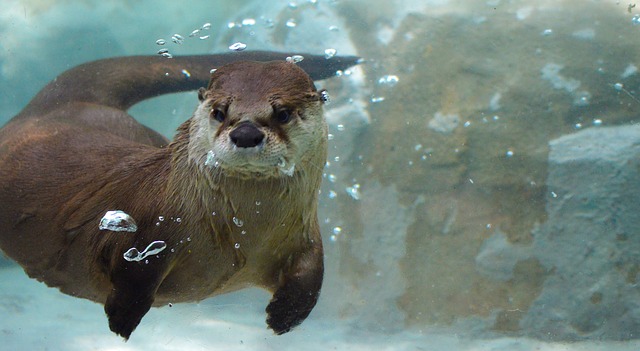 The day the modern sea otter evolved into existence, the animal kingdom no doubt rejoiced – here was a creature of cunning and cuteness so powerful it leads Homo sapiens to mashed noses and strained eyes from pressing their faces to glass and eyes to binocular lenses. But when exactly did modern sea otters evolve – and what’s their story since then?

Sea otters – Enhydra lutris – evolved about 2 million years ago, most likely somewhere in the far North Pacific Rim near Japan and Russia. They spread to eventually inhabit an arc shaped region that extended from the northern coast of Japan up to the Aleutian Islands, before dropping down the west coast of North America and ending in the blue waters off the west coast of Baja California, Mexico. In the early 18th century, there were about 150,000-300,000 wild sea otters in the world. In 1741, a ship named “St. Peter” came across the sea otter and reduced the population forever.

Vitus Jonassen Bering – 1681-1741 – was a Danish sea captain in the service of Russian Navy. You probably know him best for the many geographic features that share his last name: the Bering Strait, Bering Sea, Bering Island, Bering Glacier, and Bering Land Bridge.

Before Vitus died in 1741 while captaining an expedition for Peter the Great, he stumbled upon some sea otters on the Commander Islands. His geographic discoveries were secret for many years – unfortunately his discovery of the warmth and sheen of sea otter pelts was instantly renowned.

The maritime fur trade was one of the main engines of the international economy in the 18th century – sea otter fur was a luxury item among wealthy Asians. Russia, the United Kingdom, and the United States became the primary hunters of the sea otter – pelts were primarily traded to China in exchange for tea, silk, porcelain, and other unique goods.

The world sea otter population rapidly tumbled until the establishment of the North Pacific Fur Seal Convention of 1911, an international treaty that restricted the hunting of furred mammals. By this time there were only 1,000-2,000 sea otters left on Earth – they vanished from everywhere except the Aleutian Islands and California.

Today there are an estimated 106,000 sea otters off various coastlines around the world.

Here in the United States, the sea otter can be found near the shores of Alaska, Washington, and California. Their near-extinction spawned several conservation projects which attempted to reintroduce the sea otter back to its original range.

Alaska is home to about 90 percent of the sea otters on our planet.  The population peaked around 125,000 in the 1970s, but environmental disasters – the nuclear tests on Amchitka Island and the Exxon Valdez oil spill – depredation and disease have reduced the overall total by 55-67 percent since the mid-1980s. Sea otters are currently classified as “Threatened” in Alaska.

In the 1960s and 1970s our lovable heroes were reintroduced to Washington. Despite an ‘endangered’ classification in 1981, there are only 1,000 or so swimming around the Washington coast.

California is home to about 2,000 sea otters, most of them floating around Monterey. California’s recovery efforts began after a group was first spotted off Big Sur in 1938; however the process has been very slow, with an annual increase of about 5 percent each year.

Sadly, sea otters have not returned to Oregon – if you want to see some of these fluffy critters in the wild, your best bet is to drive north to Olympic National Park. The last sea otter in Oregon was killed in 1907. Reintroduction efforts failed. The last attempt was in the 1970s – those 93 otters have not been seen since the 1980s.

But wait! If you’re feeling lucky, and have an incredible amount of time to spare (in which case you should consider volunteering at Oregon Wild), you may just see a solo otter splashing around the shores of our state. It would be incredibly rare, but while there are no permanent populations here at home, there have been a handful of otter sightings in the last decade, including a rogue-otter sighting in 2009.

Excited yet? Are you chomping on your nails with the anticipatory, ecstatic, fervor you only feel when hoping Damian Lillard will sink a three at the buzzer? That’s great, because we haven’t even explored the numerous ways sea otters help keep the coast healthy as a crucial keystone species.

Next up: What makes sea otters so important to coastal ecosystems, and why bringing them back could rejuvenate the Oregon Coast.