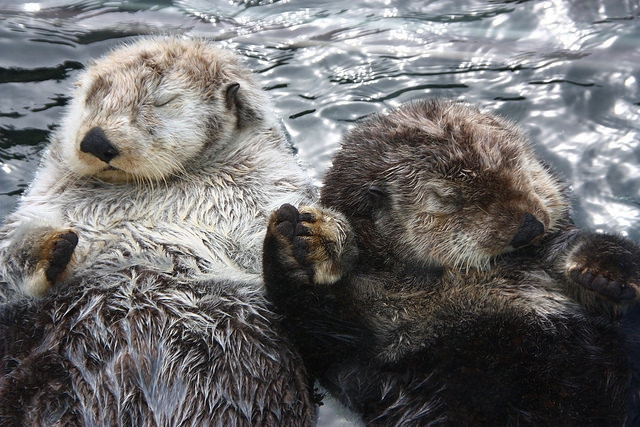 Sea otters are coming home to Oregon and we are working hard to give them a warm welcome! For much of the last century, the chances of seeing a sea otter playing in the waves off of Cannon Beach or Depoe Bay were virtually zero. But that may be changing. There have been a number of confirmed sea otter sightings along the Oregon coast, which has revived hope that these intelligent, highly-social animals may once again flourish off our shores.

Sea otters (whose scientific name is Enhydra lutris), are perhaps the most beloved of the weasel family (no disrespect to the honey badger), and were once common along the Oregon coast. Unfortunately, the dense and glossy fur that makes them so well suited to cold northern Pacific Ocean living also made them a prime target of the fur trade. In fact, sea otters were hunted to near extinction during the 18th and 19th centuries. Populations plummeted from a peak of over 300,000 to a dismal low of 1,000-3,000 sea otters worldwide. The last known sea otter in Oregon was killed in 1907.

This is a tragedy any way you look at it. But the ongoing implications for marine ecosystems are far reaching.  Sea otters are a keystone species, which means their presence or absence has a huge impact on their environment. In marine habitats, sea otters help maintain balance by controlling populations of sea urchins. When sea otters are absent, sea urchins gobble up the kelp forests that many other species depend on for food and shelter. In Oregon, as kelp forests have declined, so too have populations of rockfish and many other kelp-dependent species. Additionally, kelp forsts are known for their ability to sequester tons of carbon dioxide.  By allowing sea otter populations to thrive, kelp forests in turn get a boost, which allows them to behave like climate change mitigators. A win-win for the planet! 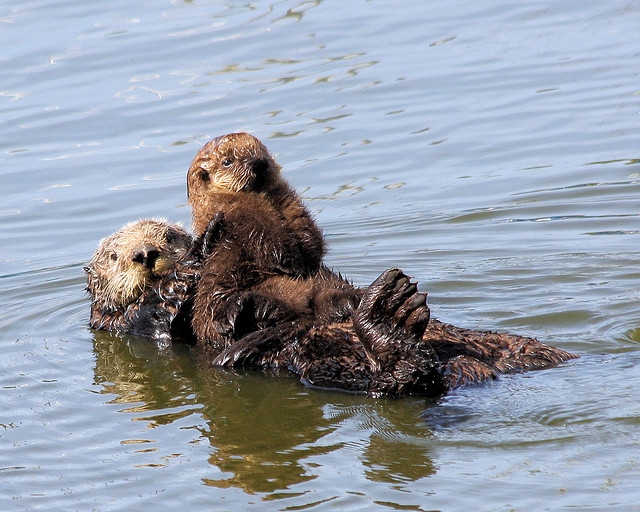 Thanks in part to state efforts, and federal protection under the Endangered Species Act and Marine Mammal Protection Act, sea otter populations have slowly but steadily increased along the west coast – with the notable exception of Oregon. As a result of efforts to reestablish sea otter colonies in the 1970s, Alaska now has a robust population of Northern sea otters. A reintroduction program, state endangered species protection and a strong recovery plan has helped Washington’s population of Northern sea otters grow from zero to about 1,600 individuals since the 1970s. To the south, California has a fairly stable population of around 3,300 Southern sea otters.

Unlike our neighbors to the north and south, Oregon's otter reintroduction program in the 1970s was a failure. We can’t pinpoint exactly what went wrong, but we do know that sea otters returning to our shores must contend with water pollution, ongoing poaching, entanglement with fishing gear, and parasites and infectious diseases. To address these threats and ensure that sea otters have access to the kelp forests they need to survive, we will need strong leadership and management from our state’s wildlife agency – the Oregon Department of Fish and Wildlife (ODFW). ODFW needs to craft an Oregon Sea Otter Recovery Plan, that identifies potential habitat, develops a plan for restoring and managing these iconic animals, and identifies potential human conflicts and begins the process of education so they can be avoided.

While sightings of sea otters are reason for hope, their successful return is far from guaranteed. Oregon Wild hopes to give them the very best chance of survival so that we can all once again see these intelligent and playful critters thrive in their native Oregon home.