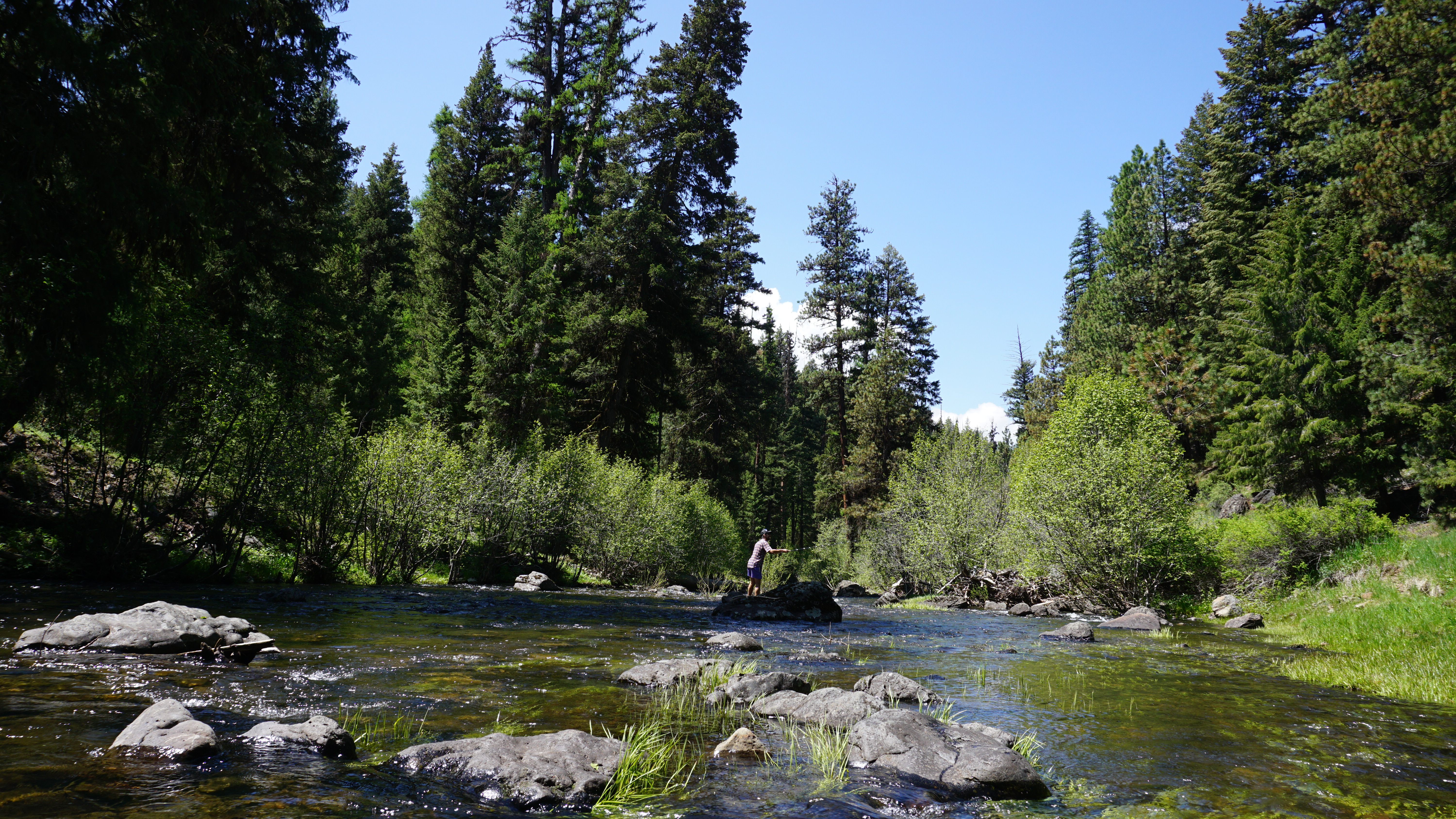 A river, as all great things, must start somewhere. Like the network of blood vessels in your body, our watersheds are interconnected. You have big arteries running to your organs, and from those arteries stems a complex network of millions of tiny blood vessels that allow the rest of your body to function.

So too is true for our watersheds.

Behind every rushing river I raft, and every hefty steelhead I catch is a vast web of small streams all lined up to do their part. No matter what you call them (tributaries, headwater streams, intermittent streams, spawning grounds), they’re incredibly important.

Yet when we look at the various policies crafted to safeguard water, they’ve been relegated to somewhere on the spectrum of “overlooked” to “intentionally ignored.” In fact, many of these waters don’t even appear on maps, and Oregon has no comprehensive inventory. This isn’t because they’re useless. Far from it.

Without their cumulative influence Oregon’s great rivers would be shells of themselves.

Now, science is highlighting the need to make up for decades of neglect. I recently discovered the paper Where Rivers Are Born: The Scientific Imperative for Defending Small Streams and Wetlands, in which stream experts detail the myriad contributions to natural ecosystems and human economies coming from headwaters, even those that don’t run all year.

For example, scientists have catalogued 290 different types of plants, animals, and other living organisms in headwater zones, including some that are unique to these areas. This fact comes as no surprise to me.

Though I love to flyfish, I also love to snorkel, and I’ve discovered that the ultimate way to get to know some of these smaller streams is by dipping my head in to take a look. While they might not look like much on the surface, headwater streams are quite literally bursting with life.

My most recent snorkel in a small bedrock-lined creek revealed great plains of algae-covered rocks upon which hundreds of caddisfly larvae were munching, while schools of juvenile wild steelhead and salmon poked curiously at my feet. The health and abundance of the tiny creatures I saw inhabiting those streams high up in the river system directly contributes to the downstream success of Oregon’s recreational and commercial fishing industries. The abundant food, complex structure, and lower flows that headwater streams provide create ideal conditions for young fish to grow.

In Oregon, fish biologists have found that coho salmon frequently head to intermittent streams to spawn, and young salmon will later return to these streams for refuge when conditions in mainstream rivers prove to be treacherous. But more than just fish benefit. Where Rivers Are Born outlines how our human lives and economies are also very directly affected by the health (or lack thereof) of these streams. Protecting these areas in their natural condition helps prevent downstream flooding, cleans and recharges the groundwater that fills municipal water stores (like your well, if you have one), and leads to healthier forests and more stable flows throughout the summer.

By drastically altering these forests, or removing them wholesale as we often do on private and state lands across Oregon, we accelerate the water cycle and lose many of these key functions in the process.  We are already seeing the consequences of overlooking these integral components of our watersheds: Struggling salmon runs, toxic algae blooms, and drought.

If we fail to protect these headwater streams, we will continue to see the state of our larger rivers deteriorate.

Luckily, there are solutions that I’m feeling optimistic about. One is U.S. Senator Ron Wyden’s River Democracy Act, a landmark piece of legislation that looks holistically at watersheds, and aims to protect a variety of public waters throughout Oregon, including select important headwater and intermittent streams. Another opportunity on the horizon is an update to the Oregon Forest Practices Act, the law that governs logging practices on state and private lands (which, by the way, afford little-to-no protections to these waters).

Together, these proposals could safeguard the water quality and quantity for hundreds of thousands of Oregonians, not to mention the fish and wildlife that also rely on these streams.

We’re getting a sneak preview of what’s to come should we continue to ignore these critical headwater streams. Let’s take action to protect them now, while we still have them.

This piece was originally published in the Oregon Capital Chronicle on October 7th, 2021 as a commentary piece.