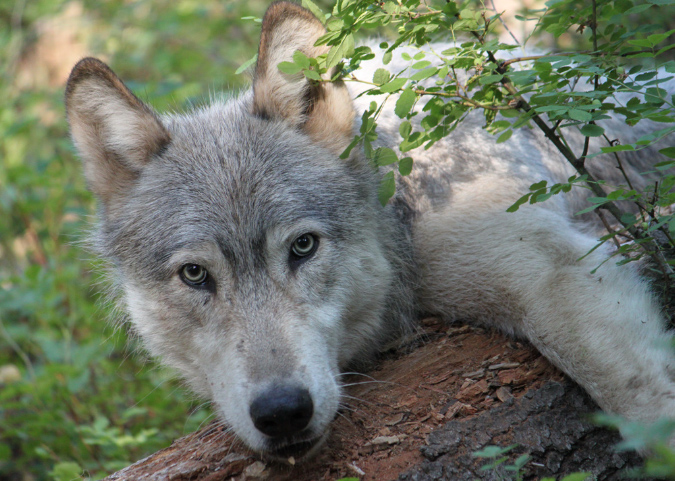 Gray wolves (Canis lupus) were once common in Oregon, occupying most of the state. However, a deliberate effort to eradicate the species was successful by the late 1940s.

In fact, trouble for wolves began almost 100 years earlier, in the years before Oregon became a state. In 1843 the first wolf bounty was established and Oregon's first legislative session was called in part to address the "problem of marauding wolves." By 1913, people could collect a $5 state bounty and an Oregon State Game Commission bounty of $20. The last recorded wolf bounty was paid out in 1947.

After an absence of over half a century, wolves began to take their first tentative steps towards recovery. Having dispersed from Idaho, the native species is once again trying to make a home in Oregon. One of the first sightings came in 1999 when a lone wolf was captured near the middle fork of the John Day River, put in a crate and quickly returned to Idaho by government wildlife agents. In 2000, two wolves were found dead - one killed by a car, the other illegally shot.

Become a voice for wolves:

In 2006, a flurry of sightings led biologists to believe a number of wild wolves were living in Northeast Oregon near the Wallowa Mountains and the Eagle Cap Wilderness. 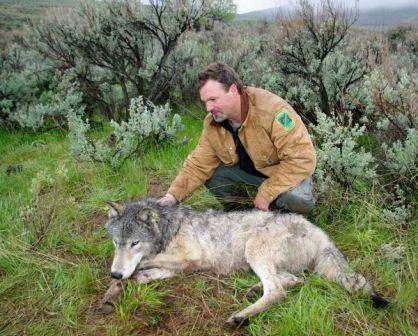 Sadly, a wolf found shot to death near La Grande in May 2007 clearly indicated wolves had arrived in the area.

After that sad chapter, wolves began to establish a fragile foothold in the state. In July 2008 pups were confirmed to a wolf named Sophie by the Oregon Wild wolf pack (and B-300 to government biologists). Those pups represented the first wolves in Oregon nearly 60 years! A second set of six pups were confirmed and videotaped in November 2009. The following July, a third litter of pups was confirmed.

Unfortunately, the news was tempered with additional poaching and heavy-handed state management. After peaking at 26 confirmed wolves, wolf recovery stalled out in 2011. While some wolves dispersed from the Imnaha Pack, only one pup was confirmed to Oregon's best-known pack, and two pups were confirmed in one of the states other two packs (the Walla Walla and Wenaha). Oregon's confirmed wolf population fell to 17, and then to 14, when the state killed three more wolves (two on purpose) and poachers killed a fourth.

In 2011, wolves in Eastern Oregon lost their federal protections due to an unprecedented congressional budget rider sponsored by Montana Sen. John Tester. Hours later,  Oregon used their new authority to kill two wolves and issue dozens of landowner kill permits at the request of the livestock industry.

Meanwhile, anti-wildlife interests and their political allies pushed over half a dozen bills in Salem aimed at making it easier to kill wolves and undermine wolf recovery. Most of the bills were defeated, but a compensation fund and new predator killing fund were approved.

Wolf hunts in nearby states also threaten the region's fragile recovery. When wolves were federally de-listed the region was home to an estimated population of about 1,700 wolves. Over 1,000 were killed in the first two seasons alone.

The large tracts of pristine and unspoiled Wilderness and roadless areas in Northeast Oregon are vital components in the successful recovery of wolves, and other wildlife too. 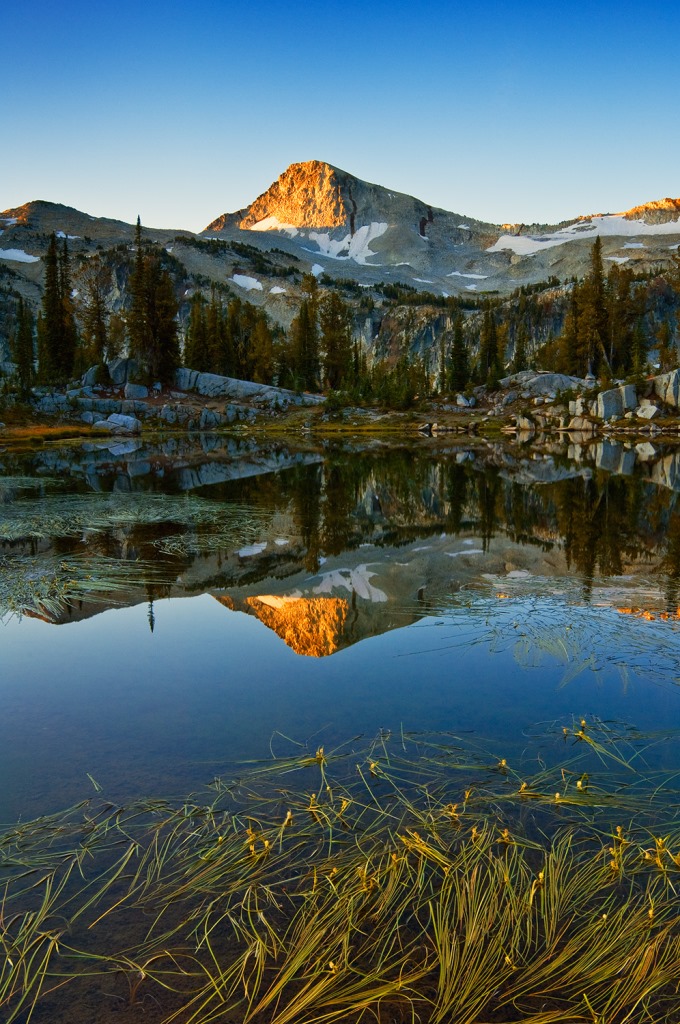 The re-appearance of wolves, wolverines, and other endangered wildlife in Oregon further underscores the importance of protecting those roadless areas that remain on public land.

Anticipating the eventual return of wolves, the state of Oregon completed a Wolf Conservation and Management Plan in 2005 aimed at making rational decisions in the light of day that would lead to wolf recovery. Though state polling put support for wolf recovery at over 70 percent, the plan was weak, allowed the state to kill wolves, and set scientifically indefensible recovery goals.

Even so, the plan was actively opposed by the Oregon Cattleman's Association. They argued in their minority report that "wolves are being used as a biological weapon" and that wolves are a non-native species that citizens should have the right to shoot without permits.

Oregon Wild and other conservationists generally - if reluctantly - agreed to honor the compromise embodied in the plan. Most believed lethal control would be an option of last resort and conservation would be a priority.

After the state shot two young wolves in response to the first livestock depredations in over half a century, it was clear the state was willing to address the concerns of the livestock industry by killing wolves.

In 2010, the plan was reviewed and revised. The public process took the better part of a year and demonstrated that support for wolf recovery had grown. Over 90 percent of a staggering 20,000 public comments were in favor of stronger protections for Oregon's endangered gray wolves. Oregon Wild joined other conservationists and the Oregon public in defending the plan against continued attacks. Though the plan survived relatively intact, most of the approved changes made it easier to kill wolves.

In 2011, a lone wolf from the Imnaha Pack generated international headlines when he became the first in Western Oregon since 1947, and then the first in California in nearly a century. The story of Journey (OR-7) provided a welcome opportunity to step away from the unnecessary controversy manufactured by those opposed to wolf recovery and instead reflect on the positive story of a native species retaking its rightful place on the landscape.

Since 2012, wolf recovery in Oregon has slowly started to get back on track. Although the population has increased over the last several years, in 2015, and with only 78 known adult wolves in the state, the Oregon Department of Fish and Wildlife and its Commission decided to prematurely strip wolves of state Endangered Species Act protections -- despite what peer reviewed, independent scientists recommended. Shortly after, lawmakers in Salem passed HB 4040: a bill that statutorily affirmed the delisting of Oregon's wolves. The passage of HB 4040 essentially blocked the ability of conservation organizations to bring forth a lawsuit challenging the merits of the Commission's decision.

The latest update to the Wolf Conservation and Management Plan -- which was approved by the Commission in June of 2019 --  significantly erodes protections for wolves by lowering the threshold for when the state can kill wolves, removing requirements for non lethal conflict deterrence, and opening the door toward public hunting and trapping.

For many, wolves are a symbol of freedom, wilderness, and the American west, and Oregon's wolf country contains some of the most spectacular landscapes in the world. Science continues to demonstrate the positive impacts of wolves on the landscape and the critical role played by big predators, and interest in their return is fueling tourism in Oregon's wolf country and elsewhere in the west.

Still, wolves are threatened by a purposeful campaign of misinformation and fear. This webpage shoots down many of the common myths about wolves. A small number of vocal anti-wolf activists, along with industry lobbyists and their political allies, continue to work to undermine already weak protections for wolves and other wildlife. 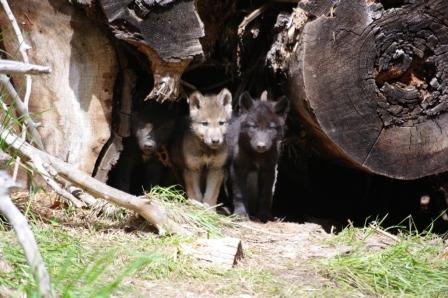 For a state that prides itself on its green reputation, the extermination of wolves is one of our greatest environmental tragedies. Their return represents an opportunity at redemption.

Most Oregonians value native wildlife and believe wolves have a rightful place on the landscape. We are happy to know the silence of a hike in the Eagle Cap might be broken by the lonely howl of a wolf. If that howl is to remain, it's critical that those who value wolves and other native wildlife stand up and speak up on their behalf.