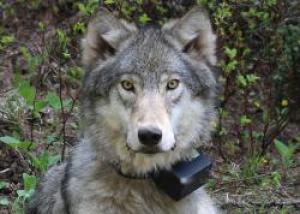 Oregon Wild released the following statement on the Oregon Appellate Court's decision to dismiss a legal challenge to the Oregon Department of Fish and Wildlife (ODFW). Conservationists argued in a lawsuit ODFW did not utilize peer-reviewed, best available science when they moved forward with an effort to remove wolves from the state endangered species list. The Court found that legislation passed by the Oregon Legislature and signed by Governor Kate Brown blocked consideration on the merits of the case.

When The Oregon Department of Fish and Wildlife (ODFW) prematurely stripped protections from Oregon’s wolves in 2015, there were only about 80 individuals in the state. Oregon Wild and other conservation groups challenged the science and legality of delisting, however, today’s court decision does not actually address or resolve the merits of the case.

This morning, the Appellate Court of Oregon dismissed the case, citing that HB 4040 -- a bill passed by the state legislature in 2016 to affirm ODFW’s decision to delist wolves-- rendered the conservationists’ argument moot and blocked judicial review of ODFW’s science and administrative process.

Despite what the sponsors of the bill claimed, this was always the intended outcome of HB 4040. This legislation passed only because the bill’s sponsors and livestock industry lobbyists in Salem emphatically and repeatedly lied to the public about its purpose and substance. Governor Kate Brown’s staff assisted with the drafting and arguments for the bill, and the Governor herself ultimately signed it into law.

What ODFW did was illegal and did not use peer-reviewed, best available science in making its decision to remove Oregon’s wolves from the state endangered species list. The retroactive actions of Governor Brown and the Oregon legislature do not change that reality, though it does set a dangerous precedent for Salem politicians undermining science.

It is disappointing to see this outcome, but unsurprising in a state as polluted by unlimited campaign contributions as Oregon. It also serves as a warning to voters that Oregon’s green reputation is more style than substance. If we are to actually protect our state’s incredible wildlands, wildlife, and waters, we must hold our elected leaders to a much higher standard.