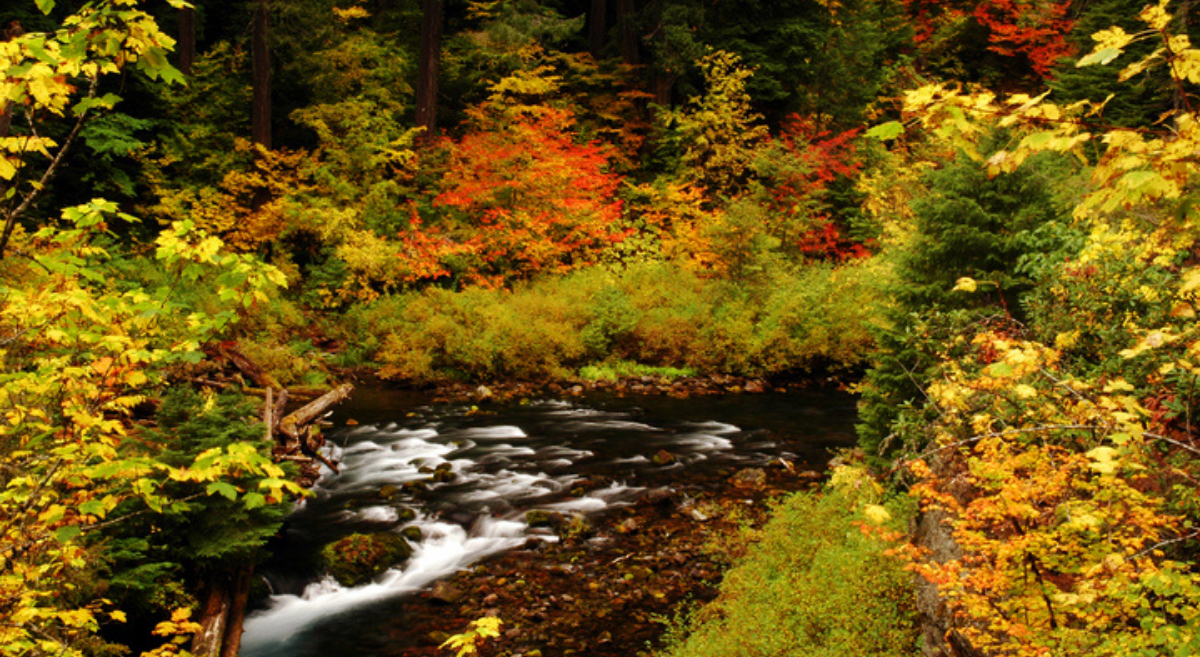 It’s no secret that Oregon needs to do a better job of stewarding it’s amazing wildlands and waters — this is especially true for its forests. While the overall forest area has remained relatively steady in our state, the same cannot be said for the quality of those forests. They have been logged extensively, and some estimates show that as little as 10 percent of old growth forests remain. This poor management has led to degraded watersheds, impacted fish and wildlife, and millions of metric tons of carbon dioxide released into the atmosphere.

Last week, the Oregon Global Warming Commission (OGWC) released its first Natural and Working Land Proposal, offering a major shift in the way the state has traditionally managed its forests. Instead of primarily managing forests for their timber production value, the OGWC proposes to also prioritize managing those forests for their carbon benefits, calling on the state to put Oregon forests and natural and working lands at the forefront in the fight against climate change.

In western Oregon, forests store more carbon per acre than the Amazon and represent one of our best tools for fighting climate change. In addition to representing vast carbon sinks, they are also pulling carbon from the atmosphere, a critical tool as emissions reductions alone are insufficient strategy for countering the worsening climate crisis.

Temperate rainforests support wildlife and clean water and are resistant to the effects of wildfire. Cutting and extensively thinning these trees for commercial logging interests dries out the vegetation and increases the risk of wildfire. Further, when these landscapes are replanted with dense, monoculture plantations biodiversity suffers, less water flows across the landscape, and wildfire risk increases. It is critical that Oregon’s land managers and policymakers realize that we cannot afford to carry on with business as usual practices, and that we must work to restore healthy forests and late-successional and old growth forest characteristics wherever possible.

The OGWC heard from more than 1,000 individuals and organizations from across the state, highlighting how incredibly important these strategies are for Oregonians. The centerpiece of the OGWC’s proposal was focused on an outcome-based goal to “sequester at least an additional 5 million metric tons of carbon dioxide equivalent (MMTCO2e) per year in Oregon’s natural and working lands and waters by 2030, and at least 9.5 MMTCO2e per year by 2050 relative to a 2010 to 2019 activity-based, business-as-usual net carbon sequestration baseline.”

The OGWC recommended that the natural and working lands outcome-based goal should be “separate from, and in addition to, Oregon’s sector-based emissions reduction goals as established by the Legislature and updated in Governor Brown’s EO 20-04.” To be clear, this goal represents a major milestone in the state’s efforts to combat climate change, and a major step forward in recognizing the potential of natural climate solutions.

But now that the goals have been established, it’s up to Oregonians to see next steps move forward with the Governor's office and the state legislature. Some critical next steps we would most like to see advance are:

More on the line than climate

Climate action in Oregon’s forests also offers numerous co-benefits that should not be overlooked. The forests of the Pacific Northwest are home to many of America’s most iconic species, including valuable salmon and steelhead runs, as well as countless other native wildlife. These species and many other at-risk wildlife depend on healthy forests and protections for mature and old growth ecosystems. To highlight how serious this challenge is for Oregon, Governor Brown recently stated that the “economic return from commercial salmon fishing along most of the coast since 2018 has been less than one-third of what it was in prior years.” Modernizing forest practices in our state will help ensure salmon protections in addition to storing and sequestering more carbon.

All told, Oregon has a lot to gain by modernizing its forest management practices in light of the climate crisis. The OGWC’s new proposal highlights these pressing needs and sets the stage for next steps. Now it's up to all of us to ensure that these recommendations move forward so that Oregon is able to fully realize the potential of its forests as a climate solution.