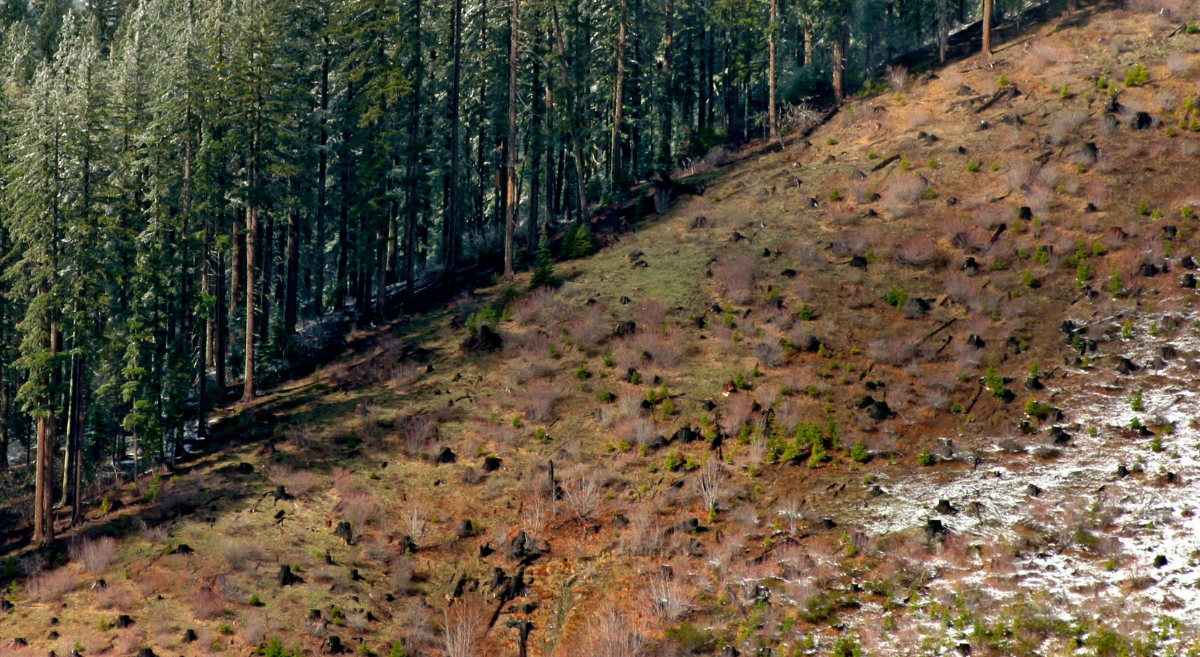 When Oregon Wild and allies committed in February 2020 to comprehensive negotiations with the logging industry over the future of the Oregon Forest Practices Act (OFPA), we felt cautious optimism. After all, the OFPA had remained nearly unchanged for decades, leaving threatened species like salmon on the brink and saddling rural, forested communities with polluted drinking water and dangerous chemical spray. A chance to completely overhaul our logging laws was desperately needed.

However, we also had no illusions about how difficult a mediated negotiation over such wide-ranging issues would be. The mediation itself is confidential – to allow for creative thinking and the free exchange of proposals and positions. While that prevents us from providing a more specific inside look at the process, we did want to make sure that Oregon Wild supporters had a window into this critical work.

The state hired a mediator, Peter Koehler, in December 2020 and six representatives each from the industry and conservation sides began a long succession of Zoom meetings. I represent Oregon Wild at the table and am joined by staff from KS Wild, Portland Audubon, Trout Unlimited, Wild Salmon Center, and a seasoned scientist representing all conservation signatories. The industry players are from Hampton Lumber, Oregon Small Woodland Association, Rayonier, Roseburg Forest Products, Seneca Sawmill, and Weyerhaeuser.

Given that the original Memorandum of Understanding focused on aquatic habitat and water protection, it’s no surprise that the issues we are discussing in the negotiation are centered around the nexus of logging practices and water quality. Preventing sediment from logging roads, considering the buffers needed on streams to keep waterways cool, ensuring adequate large wood recruitment to help create the pooling water that salmon love, and preventing harmful landslides are all topics of discussion.

If we’re able to reach an agreement (and we don’t have much time left to get there), it is important to know that the public will have plenty of opportunity to weigh in as a new OFPA framework moves forward.

First, the state legislature will take our agreed-upon proposal and turn it into draft legislation for the short session in February 2022. This legislative process will include all of the usual hearings and testimony to ensure the public has a chance to offer feedback.

If legislation passes, the Oregon Department of Forestry (ODF) will take the next step by submitting a Habitat Conservation Plan (HCP) application to the federal government for approval. This HCP is required to go through the rigorous NEPA process in the form of a Draft Environmental Impact Statement. While the new laws and rules will be on the books in Oregon, the state won’t get assurances under the Endangered Species Act until the HCP is fully approved.

What exactly does that mean - assurances under the ESA?

Often times the way the ESA is enforced on private lands is not by the federal government coming in and telling someone to clean up their act. More often, non-government organizations that monitor species health and track impacts to habitat (environmental groups like Oregon Wild and our allies) will sue a private company over impacts to species. It can be somewhat challenging to prove that a particular activity is impacting the survival of a species and even harder still to determine how much that activity needs to change to avoid the impact. Think, for example, how long it has taken to litigate the fate of the Snake River Dams!

Often, to win litigation over the ESA with private entities, you have to prove that they are actually killing the species - something called "take." With an HCP, you flip this process on its head. In this model, the federal agencies in charge of species recovery (for salmon, it's NOAA Fisheries and for most other species it is USFWS) evaluate a proposal for new protections for the species and determine if those new protections are adequate to protect the species. If they make that determination, they'll approve what's called an Incidental Take Permit. That's essentially a pass to "take" (or kill) the species without getting in trouble.

That sounds bad, but the idea is that the protections agreed to in the HCP are sufficient to support recovery of the species covered by the HCP. HCP's are rarely perfect, but they can be a powerful tool to protect species when other options are either exhausted or have not been successful. It was an HCP in Washington 20 years ago that led to their forest practices jumping way ahead of Oregon's.

We’re hopeful that we’ll have something big to report in the not too distant future. And as we work through these negotiations, don’t forget that our work at the federal level to protect mature and old growth forests is still going strong.