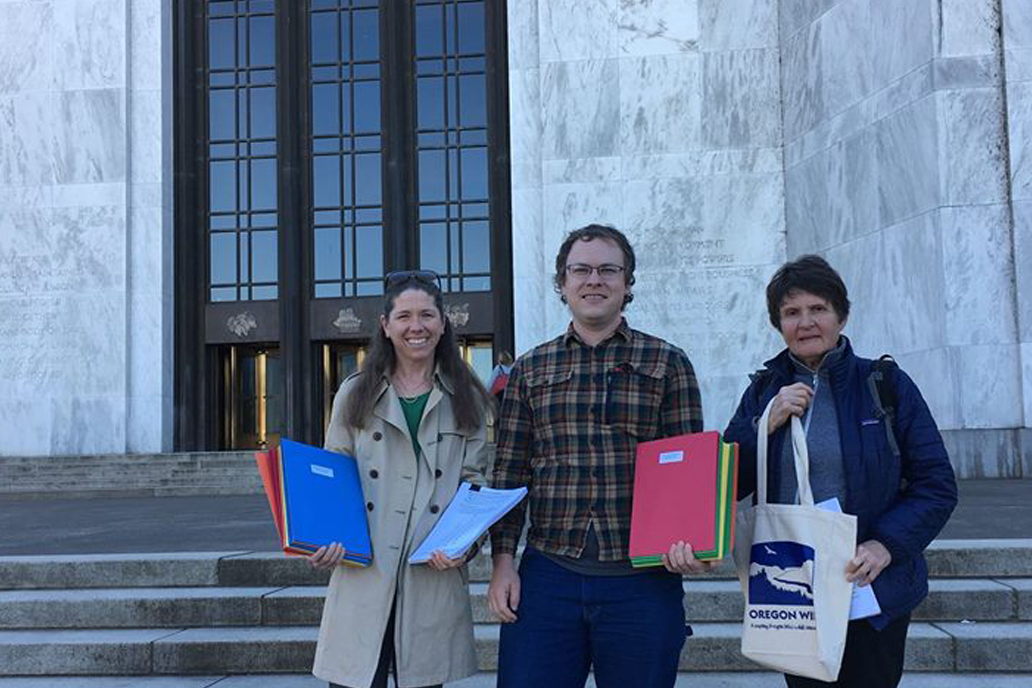 Oregon's forests could use a friend right now.

Clearcutting of both private and state forests is at an all-time high. Our drinking water is being polluted. Precious wildlife habitat is being lost. And communities in Oregon’s Coast Range, surrounded on all sides by miles of clearcuts, aren’t being heard by their lawmakers.

That's why I've been working so hard to protect our state forests, clean drinking water, and communities from the industrial clearcutting companies and Oregon’s “weakest in the west” logging rules. And it's why I am looking for activists who can support this important work with me in Salem (Sign up here). As we’ve learned in this recent Oregonian series, the legislature has been so polluted by money that we need our supporters to show up, and be louder and more persistent than ever!

For the past year, I’ve been collaborating with partner organizations, business owners from the organics and brewing industries and elected officials to seek legislation that we believe can actually win in Salem, and we’ve come up with some great ideas in 2019. We’ve worked hard to focus on specific, common sense fixes that would:

In order for this legislation to pass - we will have to be louder than ever about the need for common sense reform to protect Oregon’s forests - and I hope you can help. Things change fast in Salem, so by signing up to support these bills you give me a way to contact you directly, so I can keep you informed about the time and place of each hearing, and make sure you know who to call or write to to support these needed changes. Sign up to help out here!

One last thing - I know you are interested in sticking with us in this fight to modernize Oregon’s logging laws, and I want to keep you informed - so I’m excited to invite you to join our new State Forest Policy specific email list! Join the new Friends of Oregon’s Forests email list. Help us reform Oregon's outdated logging laws that threaten drinking water, degrade wildlife habitat, and increase fire risk. I’ll send you monthly updates on our Forest and Watershed campaign, where I organize with the folks who are directly impacted by living near industrial forestlands to challenge the logging industry and work for stronger logging laws at the State level.