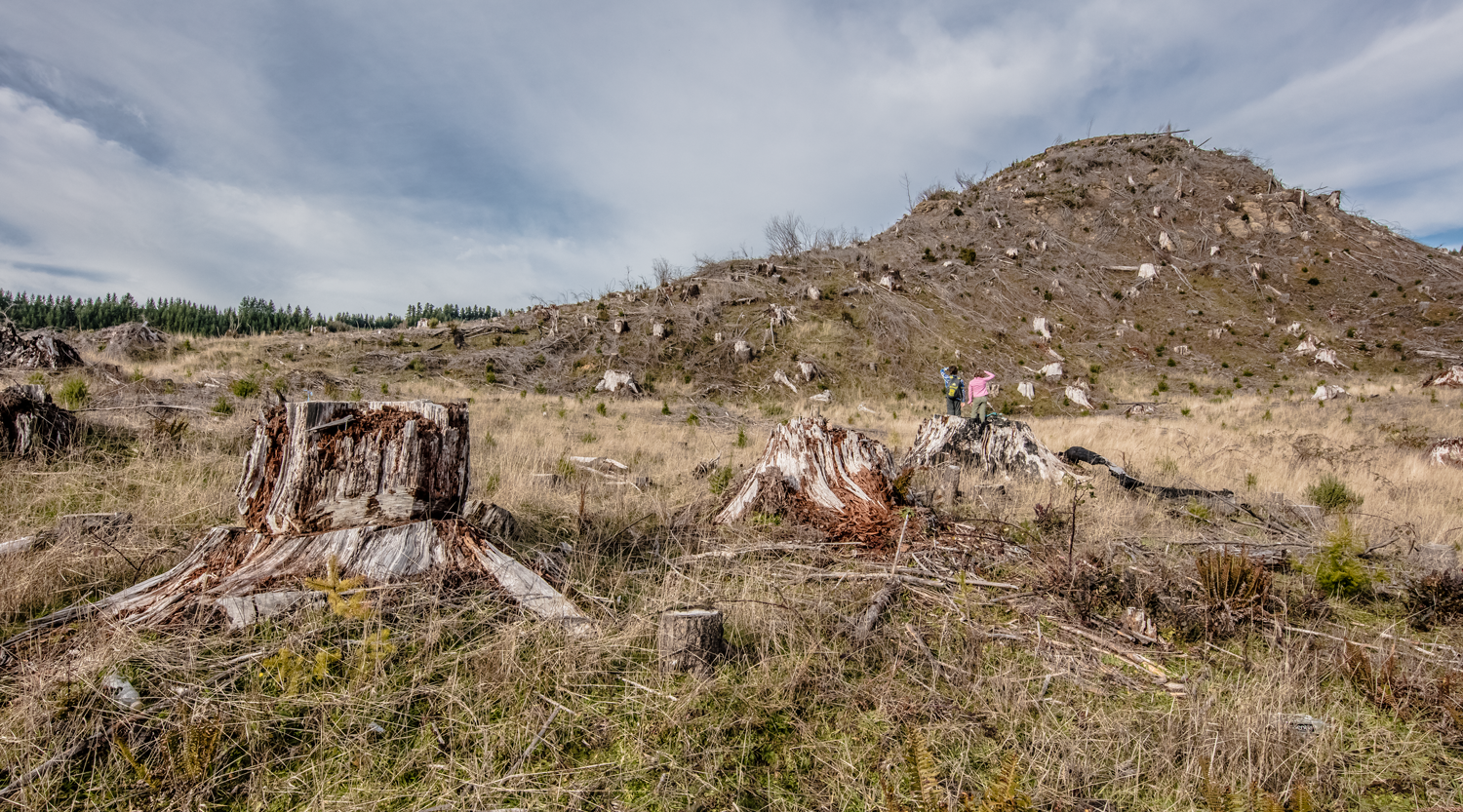 When Secretary of State Bev Clarno and her deputy Richard Vial released their unprecedented decision to reject three initiative petitions to modernize Oregon’s logging rules, they made a pretty embarrassing mistake. Their press release claims that voters would be confused by the initiatives and “how the Oregon Forest Council manages forests.”

The problem is there is no such thing as the “Oregon Forest Council”. State and private lands logging in Oregon is regulated by the Board of Forestry. There is, however, the Oregon Forest Industries Council (OFIC).

OFIC is lobbying group that represents large and most politically well-connected logging corporations in the state.  OFIC, both directly and through its member corporations, have donated hundreds of thousands of dollars to Oregon politicians, including tens of thousands to past campaigns of both Clarno and Vial while they were both state legislators.

It is easy to imagine deputy Vial, while hurriedly writing a late-night press release, confusing the lobbyists who represent corporations that clearcut Oregon’s forests with the public body that is supposed to regulate them. After all, Vial is expected to run for Secretary of State in 2020. OFIC and its member corporations would be very generous to someone who helped block ballot measures that would have allowed Oregonians the chance to vote on reforms to aerial pesticide spraying and steep slope clearcutting by logging operations. 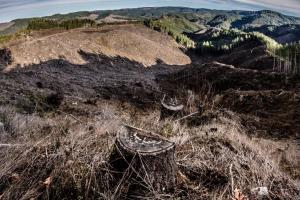 But beyond being a Freudian slip, the error does point to the truth of the matter: Oregon’s Clearcut Kings are essentially self-regulated and have positioned themselves into places of incredible power and influence in state government.

Take the Board of Forestry, for example. Thanks to lavish political donations to Oregon State Senators, logging interests control the majority of seats on the commission. In fact, Board of Forestry members enjoy a special exemption from Oregon’s usual conflict of interest rules, allowing people with a direct financial stake in logging profits to serve on it.  And they don’t have to recuse themselves from votes on policies and rules that have a direct impact on their company’s bottom line, and therefore their own financial interests.

As Upton Sinclair famously noted “It is difficult to get a man to understand something, when his salary depends upon his not understanding it!"

This might help explain how Oregon ended up with logging rules so weak that the US EPA fined our state $1.2 million for failing to protect rivers and streams. Back in 1990, Congress passed a law requiring states to address pollution flowing off of clearcuts, logging roads, large agricultural operations, and other similar sites. But Oregon’s outdated Forest Practices Act fails to protect sufficient no-cut buffers to protect streams from heating up in the sun, or restrict steep slope logging, or prevent clearcuts and logging rods from spewing mud and sediment into rivers and salmon spawning beds. In 2016, the EPA penalized Oregon’s state government for our weak rules by stripping the $1.2 in federal grants. The money was instead distributed to other states that take these issues seriously.

Or take the stunning revelation that the Department of Forestry has been using faked statistics to tout the state’s forest law compliance. Analysts reviewing how the agency determines compliance with Oregon’s famously weak logging rules found the statistics it uses (which claim a 98 % compliance rate) were essentially useless. One of the main problems: logging corporations could choose whether to participate in the surveys or not, meaning anyone not complying simply ignored the requests. “If ODF intended to choose a method that selectively depicts the highest possible compliance rates for forest practices rules … then ODF’s reporting ‘methods’ hits that mark,” wrote one statistician.

So, the industry writes its own rules thanks to their influence in the Board of Forestry, and then gets to decline to be inspected over whether they comply with those rules. But what if they are found, in some way, to have violated the law? If whistleblowers or complaints force the Department of Forestry to investigate, are there consequences?

Well, not really. While the state will levy small fines, the industry is more than happy to look the other way. In the case of Plum Creek (now owned by timber giant Weyerhaueser), it was revealed that the logging company received 11 civil penalties from the Oregon Department of Forestry for violations of Oregon’s logging laws related to clearcut size, logging in riparian zones, and improper notifications over the course of just six years. Plum Creek was also a member of the industry-backed “Sustainable Forestry Initiative,” a greenwashing label developed by the logging industry itself.  Yet even after the Plum Creek scandal broke, the corporation was able to maintain their “SFI” label, even though they had blatantly and repeatedly violated the standards the label claimed to stand for.

The Clearcut Kings write the rules. The rules can’t really be enforced. And from the logging industry’s perspective, there aren’t consequences for not following the rules or living up to their own standards anyway.

So maybe Bev Clarno and Richard Vial are right, the Oregon Forest (Industries) Council really is in charge of Oregon’s forests.

But that won’t be the end of this story.  The rural Oregonians, salmon advocates, organic farmers, and others behind the ballot measures that Clarno and Vial sought to block have already gathered signatures and submitted revised measures.  One way or the other, voters will ultimately have a chance to modernize Oregon’s 50-year-old logging rules, regardless of what Clarno’s partisanship, Vial’s ambition, or OFIC’s money would prefer.