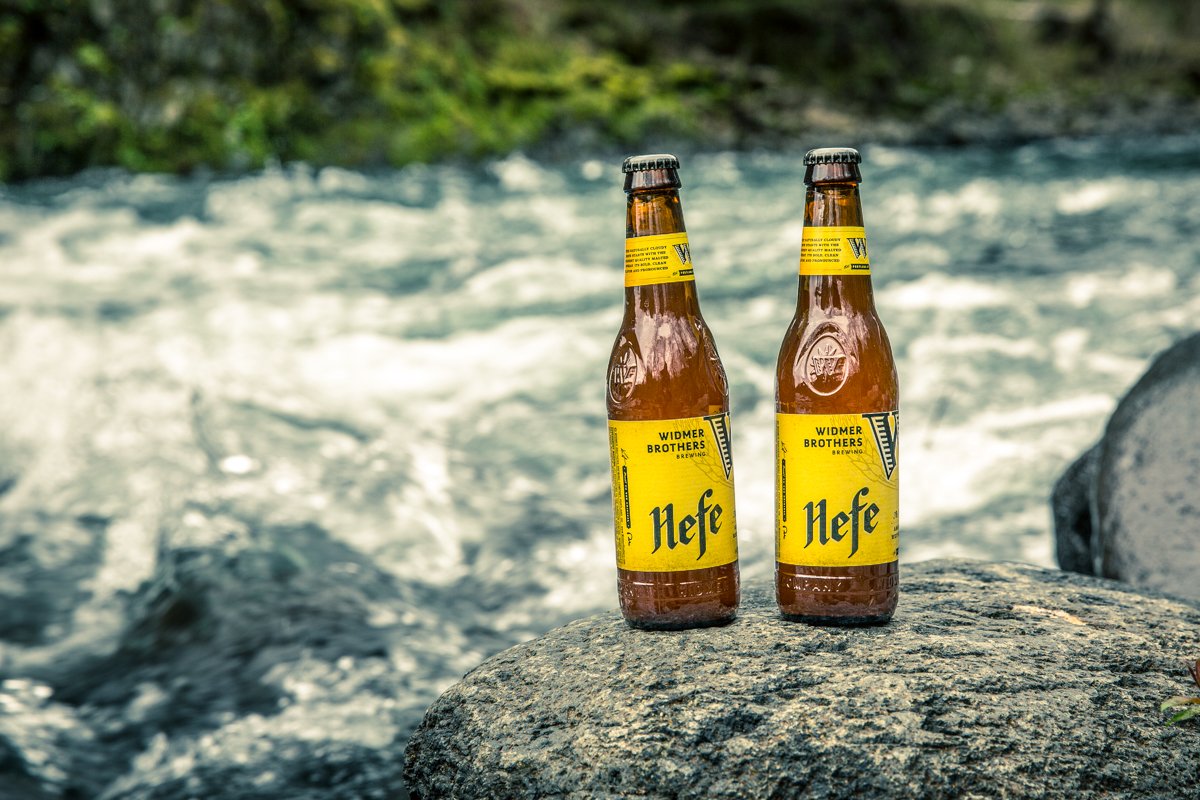 You’ve heard about farm-to-table, even farm-to-cone (in artisanal ice cream speak). How about forest-to-pint? It refers to the link between clean watersheds and craft beers, since beer is (gasp!) more than 90 percent water.

Considering Oregon’s reputation as Beervana, it makes sense that Oregon’s craft brewers have teamed up to lobby for clean watersheds and forest protection in the state.

Through events like pint nights, special brews and beer fests, 11 Oregon breweries — including five in Portland — have pledged to do outreach, education and fundraising as part of a new coalition called the Oregon Brewshed Alliance. The group formed in April and slowly has been adding members. On July 1 they held a kickoff event for the Oregon Brewers Festival at Migration Brewing.

“Portland is so green; a lot of people are aware (of the link between beer and the environment),” says Julia Person, sustainability manager at Widmer Brothers Brewing, one of the coalition members. “But I don’t think everyone makes that connection when they’re sitting down and having a beer. I think it’s a really cool nexus, a fun way to bring the causes together, to get people to start thinking and take action.”

The Brewshed members have signed a pledge to support efforts to maintain rivers and streams flowing through unspoiled public forest lands amid threats of degradation by pollution, dams, logging and other development.

Besides Widmer, the other members are Portland’s Migration Brewing, Hopworks Urban Brewery, Ex Novo Brewery, McMenamins, Claim 52 Brewing in Eugene, Elk Horn Brewery in Eugene, Fort George Brewery in Astoria, and GoodLife Brewing in Bend. The nonbrewery members include the Portland nonprofit Oregon Wild, and Beers Made by Walking — a program that invites brewers to make beer inspired by nature hikes and urban walks.

“The (Brewshed) Alliance has the potential for being a model for craft brewing nationwide,” says Marielle Cowdin, outreach coordinator for Oregon Wild, which has been advocating for conservation in the state since 1974.

The seeds for the Oregon Brewshed Alliance go back to 2009, Cowdin says, when Oregon Wild worked with Widmer to lobby City Hall to protect the Bull Run Watershed from chemical treatment.

“Around that time we made the connection — of course, it makes sense for brewers and breweries to advocate for clean water and watersheds,” Cowdin says. “They have a lot at stake.”

The Oregon Brewshed Alliance follows in the footsteps of the two-year-old Washington Brewshed Alliance, which now includes more than 30 breweries. That group trademarked the word “brewshed,” which hasn’t yet come into vogue elsewhere.

“Water efficiency is a big, big thing for us,” Person, says. “Brewing is very water intensive.”

In fact, the industry standard is to use about seven gallons of water to produce each gallon of beer. Through various conservation measures in the past year, Widmer has been able to cut that in half. They reuse their bottle-rinse water, and they worked with the Portland Water Bureau to do an audit, which led to moving toward low-flow faucets and spray valves. They’re also piloting a live metering system, so instead of waiting to see their water usage each month on their water bill, they can see it in real time.

Hopworks, meanwhile, is known for its uber-green ethos and has taken similar steps. They’ve also been able to cut their water usage to half the industry standard — not by process, but with a new piece of equipment, called a “cleaning-in-place skid.” The custom-built unit allows them to reuse the water and cleaning solution for their fermentation vessels about five times.

“It saves us tons of water,” Steen says. “Without the skid it goes down the drain.”

The other major water saver is HUB’s recently installed centrifuge — a filtration system that spins the beer at 7,000 RPMs and removes the yeast from the beer. “Previously we would have a yeast sludge at the bottom of our fermentation tanks,” Steen says. “About five barrels of yeast sludge, we would give to farmers (for animal feed).” Now they’re able to use that beer, squeezing 5 percent more beer out of every tank.

As news about the alliance spreads, Cowdin expects membership to grow. Brewers in the coalition will host sustainability workshops and brewfests to share best practices, and keep on making beer — with a side dose of education.