Falling Behind in the Race for Wilderness 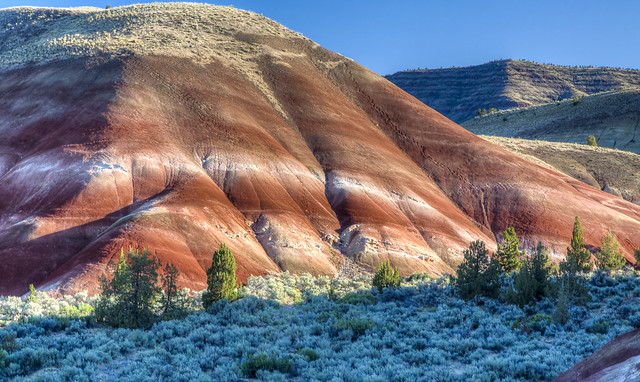 Oregon has been falling behind when it comes to protecting areas as Wilderness compared to our neighboring Western states. You’re likely already familiar with the state’s Wilderness deficit: of Oregon’s total area, only about 4% is designated as Wilderness. Compared to other states, Idaho has about 8% designated. Then comes Washington with 10% and California leads with 15%! The numbers alone show how behind Oregon is in prioritizing the protection of our land.

And even if all of the legislative proposals currently introduced by Oregon Senators Ron Wyden and Jeff Merkley pass, we will still lag behind. Right now, there are only ~120,000 acres of Wilderness in Oregon proposed in bills supported our Senators. Meanwhile, states like Colorado and California, already ahead of us in the Wilderness race, are proposing large, visionary ideas to protect more of their wild landscapes. California is proposing 537,000 acres, while Colorado is considering 813,000 acres for Wilderness. They’re thinking big!

Oregon deserves protected lands just as much as any other state, and we should encourage Wyden and Merkley to strike while the iron is hot and lay out a bold vision for Oregon.

I treasure moments spent in natural spaces.  Growing up in Colorado, I fostered a deep appreciation for wild places. The Black Canyon of the Gunnison National Park and the San Juan Mountains were my playgrounds, with large blocks of them protected as Wilderness. This protection made it so I was able to go into these areas and experience nature in a way that felt untouched, the way it should be experienced. I have seen, first-hand, the impact Wilderness protection has on an area and would like to see more areas in Oregon benefit from this designation.

When I moved to Bend from Colorado, I was very excited to explore all the Wilderness areas Oregon had to offer. I have always known Oregon to be a powerhouse when it comes to “being green”, so I thought this would be illustrated in the amount of land protected here. But shockingly, I found that simply isn’t the case. Oregon’s Wilderness deficit is best illustrated by looking at supply and demand. Oregon is growing rapidly, and many folks move here with the desire to get outside and enjoy nature.

And as far as nature goes, Wilderness is the gold standard. Everyone wants to explore for the day or weekend to get a glimpse of what used to be. In my neck of the woods, any Saturday at a trailhead in the Three Sisters Wilderness makes a very obvious case: our supply is too low for our current (and growing) demand. This leads us to what we see today - overcrowded spaces and increased pressure on the environment. And while there are several ways to remedy this, one critical step is increasing the protected land in our state. The good news is that we don’t need to buy land from anyone, or conjure up some miracle.

There are over 5 million acres of remaining roadless forests on federal public lands in Oregon that can, and should, be protected as Wilderness, and more acres still across our high desert.

This concept isn’t new, and it’s even happening now. On July 10th, the Congressional Subcommittee on National Parks, Forests, and Public Lands held a hearing to consider new bills that would create and expand Wilderness areas in Washington, Colorado, and California. In addition to protecting places that people love to recreate, these bills will also protect a large amount of land to help ensure clean drinking water for communities, preserve important wildlife habitat, and stimulate local recreation economies.

So where is Oregon in all of this? Between Senator Ron Wyden and Senator Jeff Merkley, we have two similar bills that have been introduced into the Senate, the Oregon Recreation Enhancement Act (ORE Act) and the Sutton Mountain and Painted Hills Area Preservation and Economic Enhancement Act . The ORE Act would help increase protection of three areas around Oregon, including the Wild Rogue Wilderness being expanded by about 60,000 acres. While the Sutton Mountain bill would designate about 58,000 acres as Wilderness in the John Day River Basin. Both designations would protect important landmarks and create economic opportunity for local communities, but when compared to the Wilderness designations being introduced in nearby states, they seem to leave something to be desired.

As we look to our neighboring states’ visionary proposals, Oregon’s proposed ~120,000 acres of Wilderness seems insufficient when we look to bills coming from California (537,000 acres) and Colorado (813,000 acres). I know that protecting wild places isn’t a race, but it does make me wonder if Oregon is content to sit idly by while other states across the West take bold action in defense of their last best places.

Protecting places as Wilderness is so important because these areas provide local communities with clean sources of drinking water and air, defend us against climate change, provide a significant source of income from the outdoor recreation industry, and permanently protect our natural areas. If we want to close the gap between Oregon and our neighbors, our politicians and communities must prioritize protecting Wilderness in the coming years.  Oregon is one of the top 10 fastest-growing states in the US, and we are already feeling the pressure on our resources and land. The future of our wild places should not be crowded trails and degraded environments. We need to take a stand and encourage our Congressmen to push for more Wilderness protections before it is too late.

Photo Credits
Thanks to the following Creative Commons users for their photos:
Oregon's "Painted Hills at Sutton Mountain", courtesy of the US Dept. of State.
"Rogue-river-cascade" by Flickr user Kingstonite.
Temblor Range Wildflowers by Flickr user MichaelGat.
"Which Way?" Colorado photo by Flickr user Josh Gray.
View All