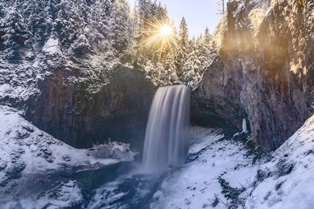 The proposed "Polallie Cooper" logging project will clear cut forests in the proposed Tamanawas Falls Wilderness area on the east slope of Mount Hood. Logging would take place just north of the popular hiking trail. The overall plan is a mixture of restorative thinning of previously logged tree plantations and controversial logging. This project includes "gap" cutting. "Gap" is the fancy new term for clear cuts. There might be a few trees left but it will look a lot like a clear cut, in this project they will be up to five acres in size!

The project has been split into two parts, both including controversial components. The Tamanawas Falls logging is proposed to move forward first.

Here is a Map of the proposed logging. Other detailed background information on the project from the USFS can be found here.  Tell Congress to protect Mount Hood from this proposed logging here. Logging would be within ~900 ft of the Tamanawas Falls trail network.

This area was proposed for logging several years ago, but was canceled due to concerns over the impact it would have on water quality. However, Trump's Forest Service has brought back a zombie version of this proposal. Logging would be right up to the edge of the Mount Hood Wilderness. Expanded Wilderness boundary protections would help prevent this type of logging for this round as well as in future rounds of bad ideas. The new name for the logging plan is "Zig Zag".

Current Threat: Logging Mount Defiance
The Forest Service project called "Waucoma" aims to clear cut significant mature forests on the southeast side of Mount Defiance in an area that could and should be protected as Wilderness and/or as a National Recreation Area. In some areas only 15% of the trees would be left behind, functionally creating clear cuts. The most concerning parts of this project are the steep slopes, riparian areas, mature/oldgrowth, and wilderness quality lands. There are other parts of the project that are more appropriate for thinning given past management and logging that has already occurred in those areas. 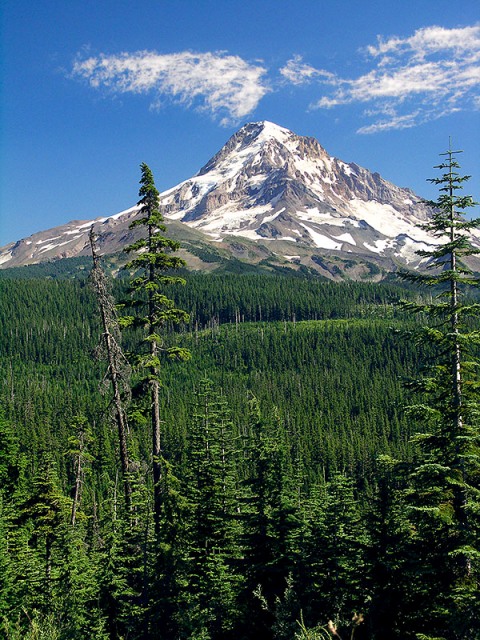 Vista Ridge is arguably the most scenic alpine trail on Mount Hood – especially when the wildflowers bloom in mid-August. The trail is simply stunning with swaths of Lupine and Paintbrush.

In 2014, we were able to stop a project that would have logged over this iconic trail. The announcement removing part of the logging project was an important achievement for compromise and collaboration with the Forest Service and other stakeholders that removes the most controversial part of the plan.

Oregon State Rep. Ann Lininger was also instrumental in this breakthrough. She was able to leverage comments submitted by Oregon Wild members on this project to rally her fellow legislators and bring the Forest Service back to the table to work out the most controversial parts of this project.

The cancelled logging project is further proof that unless an area is protected as Wilderness, it could be threatened at any time by destructive logging.

Photo Credit: Darryl Lloyd. The forests in the left side of the photo were proposed for logging near Vista Ridge. Tamanawas Falls photo by Scott Smora.
View All