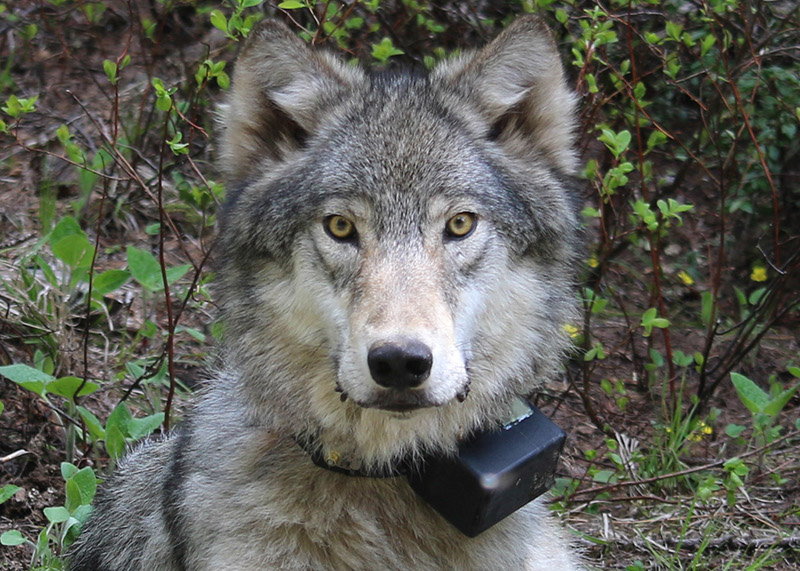 In recent years, the Oregon Cattlemen’s Association (OCA) has proven adept at concocting ill-advised proposals aimed at weakening wildlife protections and making it easier to kill wolves. So, at a recent meeting, it was no surprise when outspoken anti-wolf livestock managers and OCA reps Todd Nash and Rod Childers spent the better part of an hour asking the Oregon Department of Fish and Wildlife (ODFW) to share timely and specific wolf location data with them.

But even grizzled veterans of defending wildlife were surprised when Bobby Levy, the Chair of the ODFW Commission, instructed the agency to consider the idea.

An appealing idea?
Collaring wildlife is a standard tool for wildlife researchers and managers around the world. Though sometimes controversial, the data is generally used to increase knowledge and understanding of wildlife and inform better management for the public good. For a host of reasons, the data is not shared with the general public. 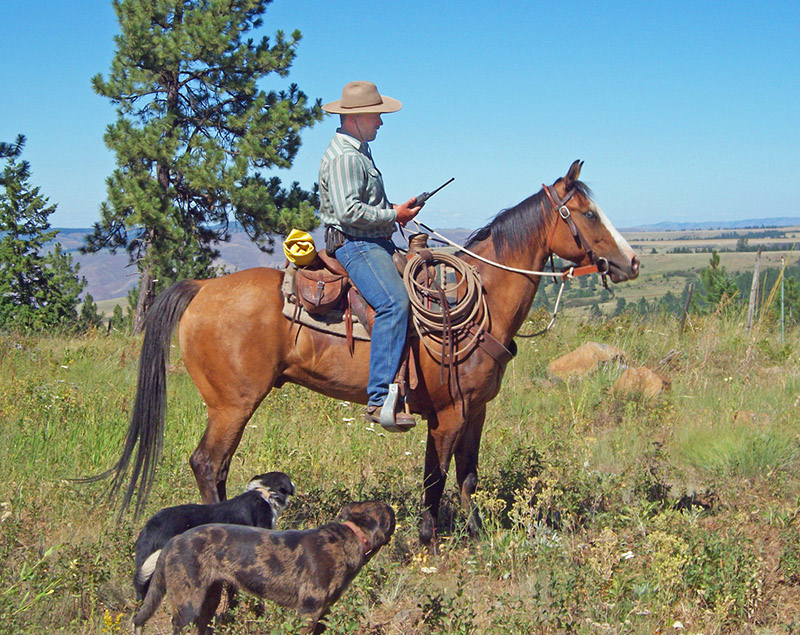 Sharing timely and specific data with the public for any species would be a precedent-setting move. There’d have to be a pretty compelling reason to do it. That’s especially true if it was location data for a recovering population of an endangered species - doubly so if the information was being shared directly with members of a community that regularly argues against their recovery and some of whom openly support illegal killing.

Rod & Todd’s proposal would expand an existing program where generalized location data is shared with ranchers in areas of known wolf activity in hopes that they will use it to prevent conflict between their livestock and wolves.

Not without reservation, conservationists including Oregon Wild have stood down on the program. To the extent the program helps prevent conflict we support it. To the extent it is abused or can be used as a road map for poachers, we oppose it. Unfortunately over time there has been little to no tangible evidence it has been used for the former and plenty that it has been abused.

Location data has gone viral in communities where truck bumpers and coffee shop chatter are rife with the poachers contemptible code to “shoot, shovel, and shut up”. As often as not, the location information has been used in hopes of finding dead livestock to blame on wolves rather than for its stated purpose to prevent conflict.

One range rider funded by taxpayers is even rumored to have used the information to film a failed anti-wolf documentary. Once supported by members of the OCA, the program has already expanded in complexity and is more often used to criticize, spin conspiracy theories, ask for more wolves to be collared, and demand even more of the agency’s already scarce resources.

So that’s the upside.

Most Americans value native wildlife, but for some, old prejudices die hard. Wolves continue to be at the center of a campaign of misinformation and fear.

Often, the only thing stopping would-be poachers of Oregon’s 64-known adult wolves is that they are hard to find. Even so, poaching of wolves and other wildlife is a major and ongoing problem in the Pacific Northwest. In Oregon, despite high-profile poachings as recently as last year, no one has yet been brought to justice for killing wolves.

Many – perhaps even most – people might use the information for good. However, even a single leak could be fatal. As habitual animals, once location information gets in the wrong hands, it can be used to harm wolves for decades.

Even well-intentioned members of the community could cause harm. The premise behind using human presence as a tool to reduce conflict is the reality that, with rare exception, wild wolves want nothing to do with humans. Even if they aren’t killed, if collared wolves are harassed everywhere they go, they may become habituated to human presence and lose their fear.

Wolves may change their behavior. Pack structures and social dynamics may change if other members of a pack associate one wolf with a constant human presence. They may become less successful hunters, more likely to take risks, and more susceptible to starvation. If wolves abandon kills before they finish consuming them, it may increase the likelihood they will kill the unattended livestock they encounter. 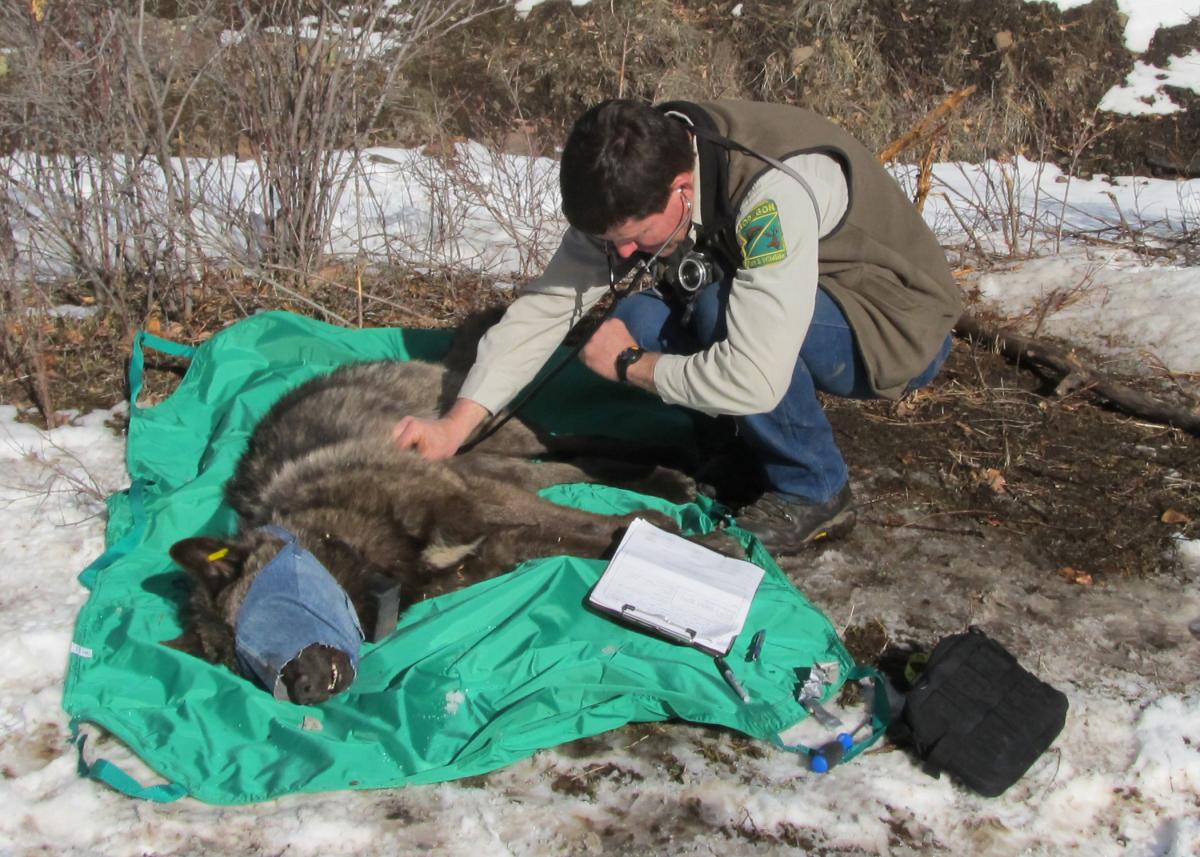 Additional collar information is likely to lead to calls for collaring ever more animals. Even when done carefully, anesthetizing and collaring is dangerous for wolves. One of OR-7’s siblings died shortly after she was fitted with a collar - almost certainly a victim of capture myopathy.

Collaring is also expensive. ODFW is facing an historic budget crisis. Most of the agency’s limited funds already go to increasing opportunities for consumptive users and the far more abundant species they target. A scant 4% goes to conservation and habitat restoration.

Coexisting with native wildlife should be a responsibility we all share. Any business model that depends on killing or harassing endangered or recovering native wildlife to turn a profit isn’t a good one for the 21st century.

One would be forgiven for thinking that it should be enough to know that one's livestock are in an area of known wolf activity for their owners to keep regular tabs on them and employ the best husbandry.

Just the day before the public hearing where the OCA made their request, the ODFW Commission met a large group of livestock operators (including Rod & Todd) in the field. They complained about a basic fact of wolf behavior: wolves are seemingly always on the move and travel great distances. It’s hard to square then, how it would be of much more help to know the specific location of a wolf at any given time if it just tells you where a wolf was.

Bad for all wildlife 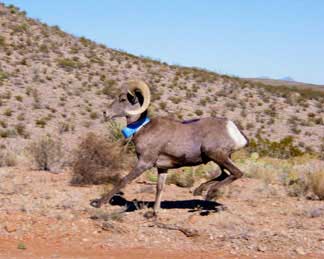 Lest one think this is just another example of the usual anti-wolf voices in the livestock industry squaring off against the usual pro-wildlife voices in the conservation community, this proposal was also different for the opposition it drew.

The Pandora’s Box was opened in 2009 when ODFW agreed to allow select members of the livestock industry to view maps in their office. The slide down the proverbial slippery slope has already begun with the agency sending out tens of thousands of text messages to livestock managers who run their animals in Oregon’s wolf country.

Sharing specific and timely data is a dangerous line to cross. ODFW’s Wildlife Division Director, Ron Anglin was quoted in the Oregonian last week saying, “if you offer it to one (interest group), you offer it to all.”

If it’s about preventing harm to public values, why not collar livestock on public lands and share that data with restoration experts, those who want to minimize damage, or watchdog the industry?

If it’s about protecting economic interests of private citizens and industry, why not share the data with tourism outfits, photographers, or wildlife watching clubs? Why not share collar data on moose, elk, and bighorn rams to hunters and outfitters?

Reporters, hikers, students and any self-proclaimed researcher could demand the information…

If it’s broke…Fix it.
The old adage “if it ain’t broke, don’t fix it” is a pretty good one. It follows that the opposite is true. Rather than expand a demonstrably flawed and regularly abused program with little to no evidence of it providing positive benefits, Oregon should be looking to fix it. If it can’t be fixed, it should be scrapped.

Rather than repeat Oregon’s mistakes, states like Washington and California would do well to learn from them.

As it is, Oregon should review its current program as part of the coming 5-year review of the wolf plan. If the benefits don’t clearly outweigh the costs, the program should be scrapped. A responsible program would ensure information is strictly limited, include public transparency, be subject to periodic review, and meaningful consequences (like suspension of the program) if it is abused.

IMHO, TMI: The View From Here 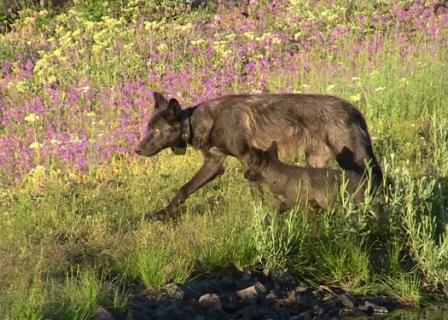 I feel privileged to live in a place like Oregon. I am thrilled every time I see a herd of elk or wake to the sound of coyotes singing on our farm. I am grateful to be among the lucky few to have encountered Oregon’s wolves and met OR-7. They are among the least forgettable and most treasured experiences of my life. Having collar data would certainly make it easier to relive them.

As an innkeeper whose guests almost always ask about wildlife, I might make more money if I could promise a view of a wolf after breakfast.

As a wildlife advocate, I’d love to check up on the Imnaha Pack after hearing another blowhard brag about having carried out two of the three S’s of the poacher’s repulsive creed.

As someone who doesn’t want to see harm come to livestock or wolves, I’d like to see for myself if unattended calves and salt licks are still being placed within yards of known wolf dens and rendezvous sites.

But for all of that, I’ve never asked ODFW to tell me where the wolves are. If I did, I’d expect they wouldn’t tell me. And I sure hope they won’t tell Rod & Todd. Even if they say they mean well.