Threatened: Get to know the Pacific Fisher 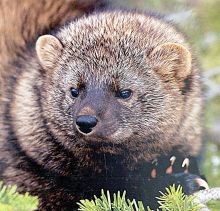 The Pacific Fisher (Martes pennanti pacificais) is one of the rarest animals that inhabit the backcountry around Crater Lake. While the name immediately calls to mind a tall white bird gracefully slicing through the water to capture mackerel in its long orange beak, the real Pacific Fisher could not be more different. Three feet in length with plush red-brown fur, reflective black eyes, and feet too large for its slender body, the Pacific Fisher is arguably the most beautiful member of the weasel family.  While the innocently-shy nature and nocturnal behaviors of the Fisher make it difficult to find them in the wild, the biggest hurdle to seeing these amazing creatures is the painfully small number of them that are left alive.

Pacific Fishers start their lives in dens under fallen trees and dense canopies. Juvenile Fishers, called kits, are born blind and helpless- completely dependent on their mother’s milk and protection for the first 10 weeks of life. After three weeks, kits begin to crawl, and after seven weeks they can open their eyes. On average, it takes Fishers five to seven months to leave their den and venture beyond their mother’s territory.

Once they are out on their own, Fishers are rather solitary creatures. Hunting mostly at night, they will travel many miles in search of prey. Fishers are some of the most dynamic and successful predators in the Pacific Northwest, and can single-handedly bring down rabbits, hares, birds, and even porcupines.  Once full, they spend their days wrapped snuggly in small dens that they create in hollow trees, logs, and rock crevices. These dens are scattered throughout their territory because each Fisher’s territory can be a dozen miles in diameter, making it impossible for them to return to the same home each day. 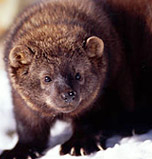 Fishers are rather picky about the type of habitat they prefer within their territory. Fishers thrive in large areas of dense, mature coniferous or mixed forest. Thinned woods are detrimental to the Fisher’s well-being because they do not have the foliage cover they need for hunting, and the fallen logs that make natural den spaces are removed, leaving the Fishers with nowhere safe to raise their kits. As harmful logging operations and human development cut into the pristine old growth around Crater Lake, the habitat of the Fishers dwindles.

Today, only two native populations remain in the United States- one in Northern California and Oregon, and a second in the Sierra Nevada Mountain Range. These two populations have been physically and genetically separated for over 5,000 years. Therefore, efforts to protect these animals must focus not on one location, but on two locations, each with obstacles and threats. Pacific Fishers in the Northwest are threatened by low reproductive capacity, reduced genetic diversity, predation, disease, and habitat loss. 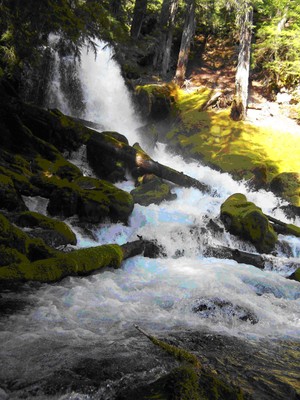 We know so very little about Pacific Fishers, yet these pristine mammals are quickly moving towards extinction. The question we must ask ourselves, therefore, is do we really want to kill them before we understand them? Because the things we do know about them are extraordinary.

If we decide we want to protect the remaining fragile population of Pacific Fishers in Oregon, one of the best things to do is protect the pristine forests they require for habitat. Fortunately, Oregon Wild is working to protect known habitat in and around Crater Lake in the Southern Cascades. Protecting this area from threats such as logging and human development will ensure Fishers and other threatened wildlife have the habitat necessary for survival. To learn more about this effort, or sign the Keep Crater Lake Wild petition visit the Crater Lake page here!