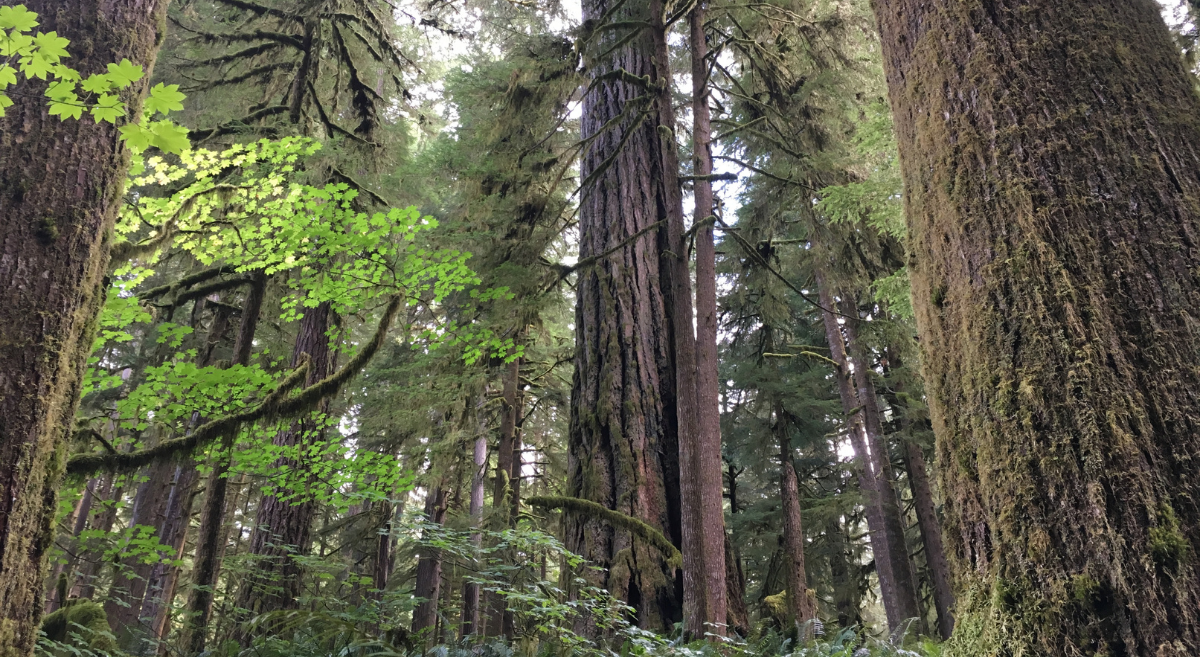 In the past few months, we’ve seen incredible momentum in the United States for our leaders to take bold, concrete action on climate change and environmental justice. (Just one example is President Biden’s Executive Order on Tackling the Climate Crisis at Home and Abroad.) Climate action is finally getting the national attention that its urgency demands, after the last four years of the Trump administration's climate change denial and nonstop attacks on our national environmental laws. With the opportunities and hope that the Biden administration has brought to the environmental and forest movement, now is the time to stop forest destruction and prioritize forest protection for the sake of our climate and communities.

That’s why Oregon Wild is excited to join with  dozens of allied organizations in supporting a vision for a Green New Deal for Pacific Northwest Forests. This platform offers a vision for the region’s forests and forest-reliant communities that will meet the pressing need to mitigate climate change, defend our communities against its worst impacts, and advance a just transition consistent with the framework offered by a national Green New Deal. This growing movement is united in the belief that forests are the bedrock of strong and safe communities, thriving local economies, a stable climate and a livable planet.

For decades, scientists have been highlighting the need for immediate action on climate change as both national and global greenhouse gas emissions have continued to increase. Scientific evidence is overwhelmingly clear that forests in the Pacific Northwest (PNW) play a vital role in our global climate system, and their protection is essential in the effort to curb the climate crisis. Our forests help stabilize the climate by sequestering and storing vast amounts of carbon on the landscape while also helping us adapt to the effects of climate change such as higher temperatures, floods, drought and longer wildfire seasons. But as the climate crisis becomes more dire, long-festering social, racial, health, economic and environmental justice issues have come to the surface, revealing deep structural inequalities within our nation and resulting in acute civil unrest. It is also clear that these issues are fundamentally interconnected, as disenfranchised and historically oppressed communities are impacted first and most severely by the effects of climate change. If we are to mitigate the climate crisis, we must do so in a way which addresses these systemic injustices plaguing our society. In recent years, movements for forest protection, climate action, environmental justice, and labor have grown more united to address the crisis, including in support of the national Green New Deal concept.

The diverse forests of the Pacific Northwest (PNW) offer a powerful natural tool to help us to not only address the dual climate and extinction crises we are facing, but also to support a just transition to transform our society and address the systemic injustices at its core. In addition to storing carbon and providing clean water, wildlife habitat, and outdoor recreation, forests can also provide opportunities for employment and cultural use and access, remediating the impacts of a century of extraction. If we are to grapple with the unprecedented threat that climate change poses to our society, we must recognize that forest defense is community defense, and that by protecting our forested ecosystems, we also safeguard the diverse communities which rely on them.

As the Pacific Northwest is a landscape defined by forests, it makes sense to focus a vision for transforming our economy and communities around these ecosystems. By joining the growing list of activists, community members, and policymakers who endorse the Green New Deal for PNW Forests we’re taking a stand for principles anyone can get behind: clean air and water, protection from the harms of extractive industry, the green economy, biodiversity, and the charge to solve the climate crisis. The Green New Deal for PNW Forests rests on the following pillars: 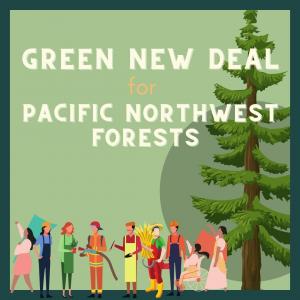 Much of Oregon Wild's work in recent years already fits easily under the platform's pillars - from advocating for jobs in forest and watershed restoration, to supporting forestry practices that sequester and store more carbon and enhance biodiversity, to empowering rural residents to protect their forested drinking watersheds, to adding protections to public lands and ancient forests. United under this common-sense platform, we look forward to working with allies to elevate forests as a critical climate solution to the highest levels: We can only meet our climate goals if our leaders embrace forest protection as a critical climate solution.

One way of making your voice heard is to sign our petition to the Biden administration’s climate team.