Shadow of the Condor: Act 2 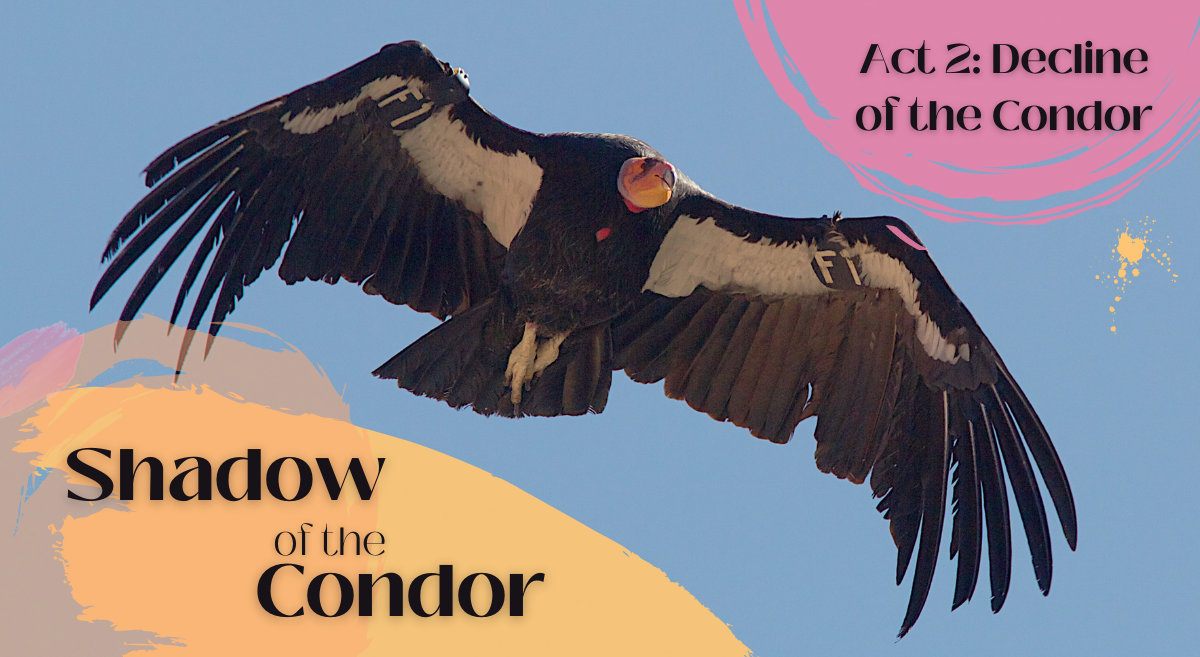 Act 2: Decline of the Condor

The beginning of European colonization marked the start of one of the darkest periods in condor and Native American history. When early settlers first arrived in the Pacific Northwest, they often caused harm to the great vultures by shooting, poisoning, and capturing them. This came in addition to hunting the large game that the condors relied on for carrion.

This age of European settlement came with a dangerous school of thought that would lay the foundation for multi-generational wildlife and resource destruction. The first misguided notion was that settlers assumed the natural world they were colonizing was infinite and as such, they did not refrain from widespread exploitation. This was coupled with the belief that wildlife existed for human consumption and profit and that nature was a force to be tamed.

Unsurprisingly, like the near extinction of many native fish and wildlife species in America such as wolves, grizzlies, and bison; condors ultimately fell victim to these short-sighted and unsustainable attitudes. Likewise, the destruction, abuse, and extirpation of wildlife at the hands of settlers mirrors the same acts of violence that forced Indigenous tribes off their ancestral lands and pushed their people and cultures into near extinction; something America is still grappling with today.

Those consequential human actions continued to put unrelenting pressure on condors throughout the 19th Century. By the early 1900s, some efforts were underway to better protect condors like making it illegal to hunt them. Additionally, the passage of the Lacey Act helped eliminate market hunting for bird plumage, though the law still fell far short of what the species needed to stave off extinction. Ultimately, indirect factors like toxic environmental pollutants such as DDT, lead fragments in carcasses, and poison bait compounded existing threats and were the foundation for the species’ demise in the wild.

By 1970, the condor population was a mere shadow of its former glory, as only a few dozen were left in the wild, found mostly in the mountainous region of Southern California. This sharp decline in the species’ population was the main impetus for condors being listed on the Endangered Species Act of 1973. This Act, which was created to protect and recover imperiled species and the ecosystems on which they depend, has been one of the most successful environmental laws, helping to bring back many species from the brink of extinction.

Unfortunately for the condor, it was too little too late. By 1982 the California condor population was a meager 22 birds in the wild. With the entire species in clear and present danger, biologists embarked on a desperate mission to bring the remaining wild condors into captive breeding to try to prevent extinction. The period between 1987 and 1992 marked the first time since the Pleistocene era, nearly 2 million years ago, that no condors were free-flying.

And there's a fundamental hole, a foundational hole, in our system - without having him in ancestral territory engaging with us directly in that way. And so that's really why we’re driven to bring condor home. He's a part of us and we’re empty without him. 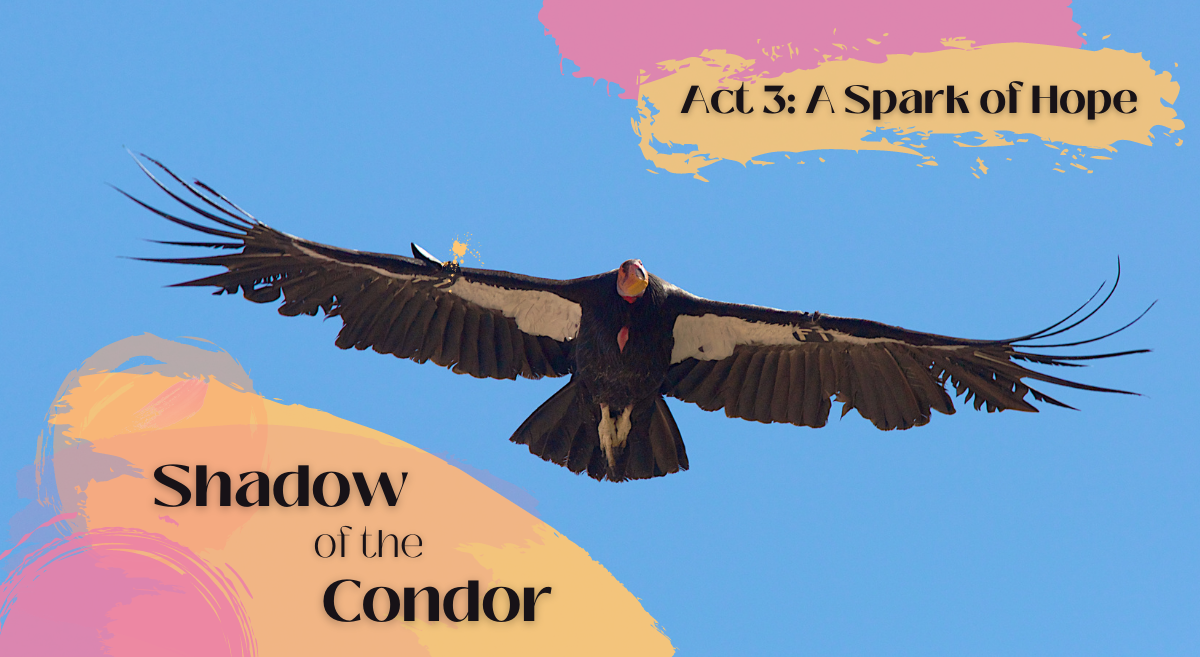 Written and expanded chapters of the special audio program will be released each week for the next month. Be sure to check back to learn more about the tumultuous history California condors endured, their fight to return and future efforts to recover this native and endangered species. Follow this story at oregonwild.org/shadowofthecondor