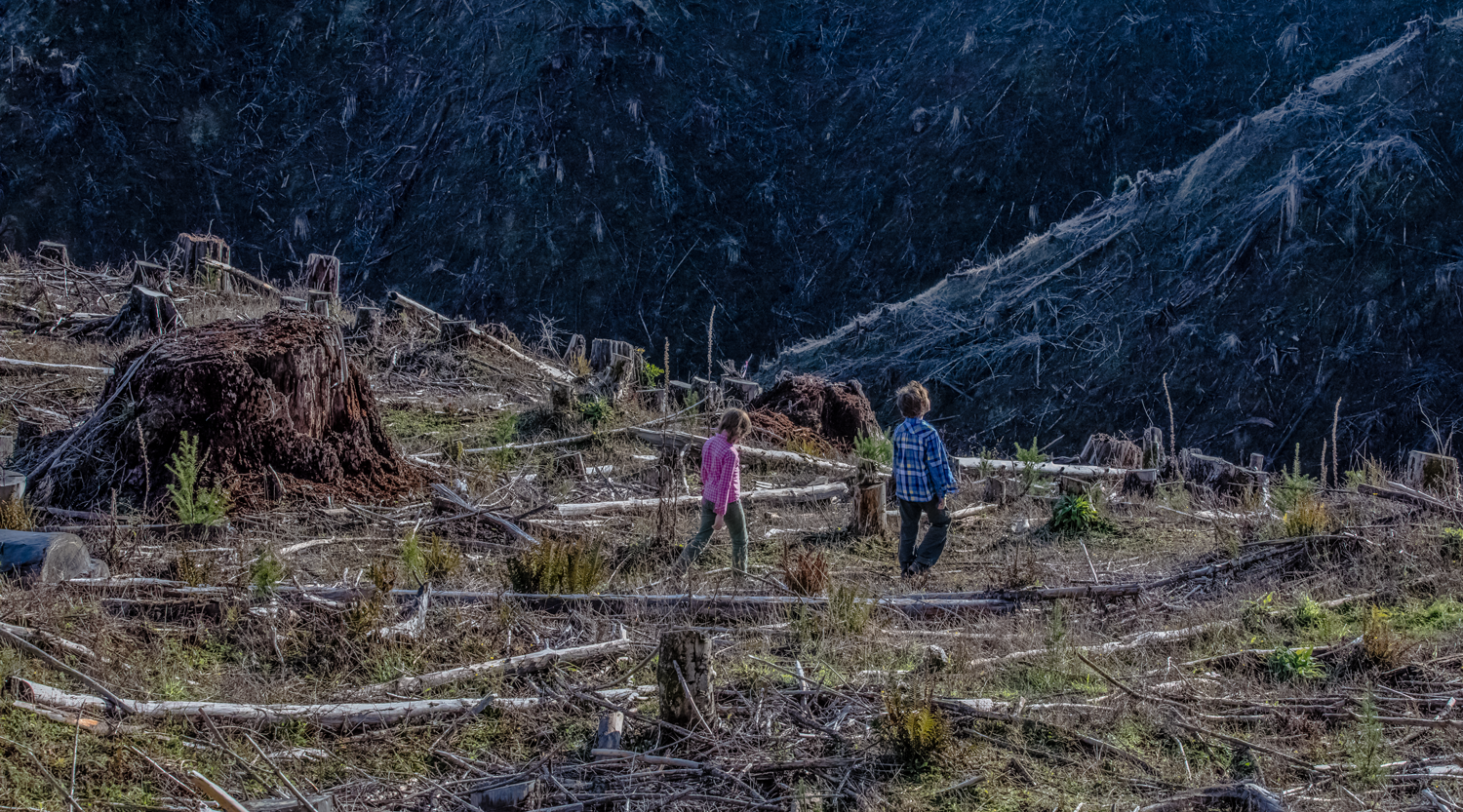 You may have recently seen a statistic floating around in the news or on social media lately that 80% of the forest acres burned in Oregon were on federal public lands. This line has most recently been aggressively trotted out by logging corporations and their PR firm, Portland-based Gallatin Public Affairs, to attack efforts to protect clean drinking water. Gallatin even managed to tell an especially pants-on-fire whopper through several rural newspapers and OPB's Think Out Loud claiming that federal public forests are completely “unmanaged.”

On that last point, Gallatin is getting paid handsomely to lie (bring on the SLAPP suits). What “unmanaged” means for Gallatin’s clients is that we haven’t completely returned to the old-growth logging and federal lands clearcutting regime of the last century. Those clients would very much like to be making obscene profits at the cost of the public’s wildlife, clean drinking water, and other environmental values.

In reality, management occurs over the vast majority of Oregon’s national forest lands, which you can see in detail by checking out Google Earth™, our public lands logging tool, or just looking out the window when flying in an airplane. Management is also other activities that aren’t logging, like fire suppression or prescribed fire, or even decisions NOT to do things. And, as cold, hard science, as well as this summer in Oregon, has demonstrated, weather has a far greater impact on wildfire than “management.”

However, the rest of the statistic is worth exploring with some added context.

The first is that, yes, in the broadest sense, most forest fires do occur on national public lands. But then again, close to 60% of Oregon’s forests ARE national public lands. The Forest Service, Bureau of Land Management, and other federal agencies manage those forests. The rest are under state, private, tribal, or other ownership. Regardless of any other factors, federal forests would still likely have a greater percentage of fire than other ownerships.

But there are other factors, and those happen to increase the likelihood of fire occurring on national forestlands.

The main causes of fire in Oregon are people and lightning. Where there are people and lightning, there will be fires. It just so happens that many of Oregon’s national forests include all the highest, forested parts of the state, where most of the state’s lightning hits the ground. Lightning storms with ground strikes are much more common in places like the Cascades where the mountains create the conditions for those weather events. Many of those high elevation areas are also Wilderness areas, and generally far from homes and communities, making them a lower priority for fire suppression activities.

Fire tends to burn more when it is drier. Oregon’s rainy Coast Range forests are dominated by private and state lands, a contrast to national forest lands in the Cascades or the Blue Mountains in eastern Oregon.

National forests also see far more people visiting them than other forestlands. While people do camp and hunt on state and private lands, the vast majority of the state’s outdoor forest recreation takes place on national public lands. More people recreating increases the risk of a wildfire caused by unattended campfires, shooting ranges, cigarettes, and even backfiring cars and ATVs.

In addition, the statistic of “acres burned” doesn’t actually mean it was the number of acres actually burned. These statistics are generally pulled from the outline of the fire, but doesn’t mean each and every square inch of those acres have been burned to a crisp, or even burned at all. Inside these boundaries, forest fires burn in a mosaic, ranging in severity from low-level ground fires to rarer canopy fires, and include areas that the fires don’t even touch. The statistic even includes managed forest fires, like this summer’s Granite Gulch fire in NE Oregon, which everyone from the Forest Service and conservation groups like Oregon Wild to those who typically shun forest conservation agreed was a “good fire” that was encouraged to burn.

And that takes us to the last point, which is: fire isn’t necessarily a bad thing. In fact, experts agree that we need more fire on the landscape to help restore its natural condition. Fires diversify the landscape, create important fish and wildlife habitat, and are a vital part of how the landscape was “managed” before European settlement. Our national public forests are some of the only places - some others being certain tribal forests or privately owned natural areas - where fire is actually being incorporated back onto the landscape. Allowing some fires to burn where they are not risking lives and communities is an important part of that.

However, firms like Gallatin are paid lots of money by the logging industry for polling and focus groups. They’ve tested language to strip away context and make the public afraid. Unfortunately for them, more and more Oregonians are learning about the important role that fire plays on the landscape, and are how the practices defended by their clients endanger public health and communities. While Coast Range residents are getting letters warning elderly or pregnant residents not to drink their tap water, former lobbyists for Monsanto and the clearcutting industry are in a downtown Portland building working to maintain the status quo.

The logging industry is going to spend a lot of money to spread misinformation and defend our state’s outdated logging practices.

And the folks at Gallatin will be perfectly happy to cash those checks.