Webcast: The Mysterious World of the Marbled Murrelet 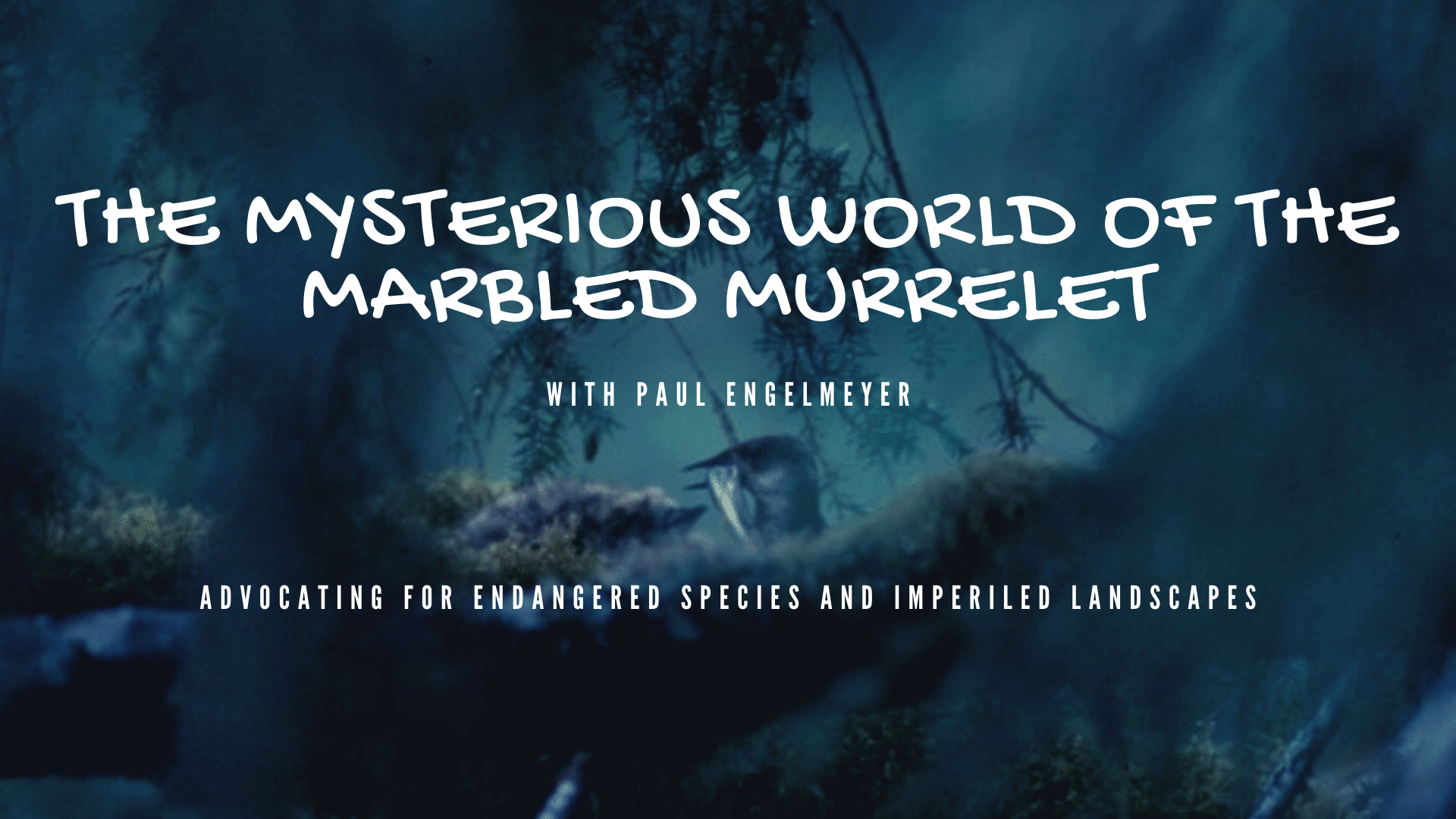 Enter the secret world of the marbled murrelet, a rare seabird that nests in the dwindling old-growth forests of Oregon's Coast Range. Then learn about near-term actions you can take to speak up for this imperiled species and other endangered wildlife.

Wolves, condors, sea otters, and grizzly bears - it wasn’t so long ago that these icons of the West were on the verge of extinction. Now many are making a comeback, but their recovery isn’t guaranteed, and won’t come easily. The return of these incredible creatures, both great and small, as well as the habitats they rely on, will require the hard work and passion of grassroots activists who advocate on their behalf and hold decision-makers accountable.

In this special webcast presentation, learn how you can use your voice to advocate for the wildlife that aren’t able to speak for themselves. With special guest Paul Engelmeyer (conservationist, advocate, and manager of Ten Mile Creek Sanctuary) we dive into one of the most endangered landscapes in Oregon - the Coast Range rainforest - and the small sea bird whose future is in jeopardy.

Oregon’s wildlife need you! Watch this important presentation and find out how you can make a difference.

More information and resources about the Marbled Murrelet from Paul Engelmeyer:

USFWS: Marbled Murrelet Videos Provide Rare Glimpse of Elusive Seabird
The U.S. Fish and Wildlife Service recently released two videos about the threatened Marbled Murrelet, a diving seabird protected in Oregon,
Washington and California under the Endangered Species Act.
The first video highlights the biological curiosities of the Marbled Murrelet, which spends most of its life at sea but nests in coastal old growth
forests: http://www.fws.gov/pacific/t/?id=380

The second video examines the population status and threats to the population, which in the Pacific Northwest has continued to decline since it listed in 1992: http://www.fws.gov/pacific/t/?id=381

For the latest on the petition to uplist the Marbled Murrelet from threatened to endangered under Oregon’s Endangered Species Act (page 4):
https://audubonportland.org/wp-content/uploads/2019/01/2018-July-Warble…

ODFW information about the uplisting of the Marbled Murrelet:
https://www.dfw.state.or.us/wildlife/hot_topics/marbled_murrelet.asp